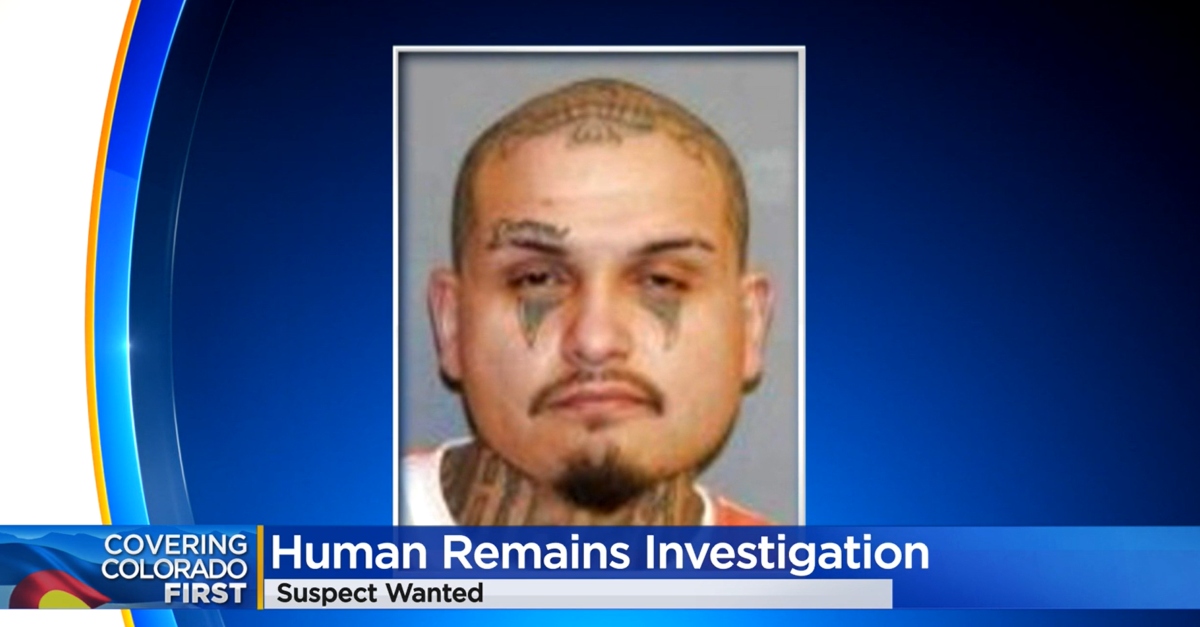 Have you seen “Psycho”? No, really, that’s his reported nickname. Authorities out in Colorado are looking for Adre Jordan Baroz, a 26-year-old also known as “Psycho.” Three sets of human remains were discovered on two properties in Conejos County, according to CBS 4.

Alamosa Police Chief Ken Anderson described the subject as a danger to the public. The public was told not to contact Baroz. Authorities said they think he could be armed.

Investigators say they’ve found THREE sets of human remains in the same area, but can’t identify the bodies yet because of the state they’re in. Police in San Luis Valley have been investigating missing persons cases, but can’t yet connect bodies to those cases.

The identities of the three victims remain unidentified because of their condition. It’s unclear when we might learn their identities. Their sex wasn’t even known. The one thing authorities were emphatic about was there they are not linking these remains to ongoing missing person cases, including the disappearance of Suzanne Morphew.

The suspect is described as a homicide suspect, according to KRDO. Authorities said Baroz is from the area of Sanford, just 25 miles north of the Colorado border with New Mexico.

Conejos county on high alert this morning with Adre Baroz still on the run. https://t.co/Bck7SSgh9R

URGENT MANHUNT: Authorities in Colorado are searching for 26-year-old Adre Jordan Baroz, nicknamed “Psycho” and wanted for homicide after the discovery of three bodies near the New Mexico border. @DavidMuir reports. https://t.co/b681PVOlQh pic.twitter.com/hZmDuZ9foX

This is a multi-agency investigation, involving not just Conejos deputies, and Alamosa cops, but the Saguache County Sheriff’s Office, Monte Vista Police Department, and the Colorado Bureau of Investigation. Anyone with information is encouraged to call (719) 270-0210.