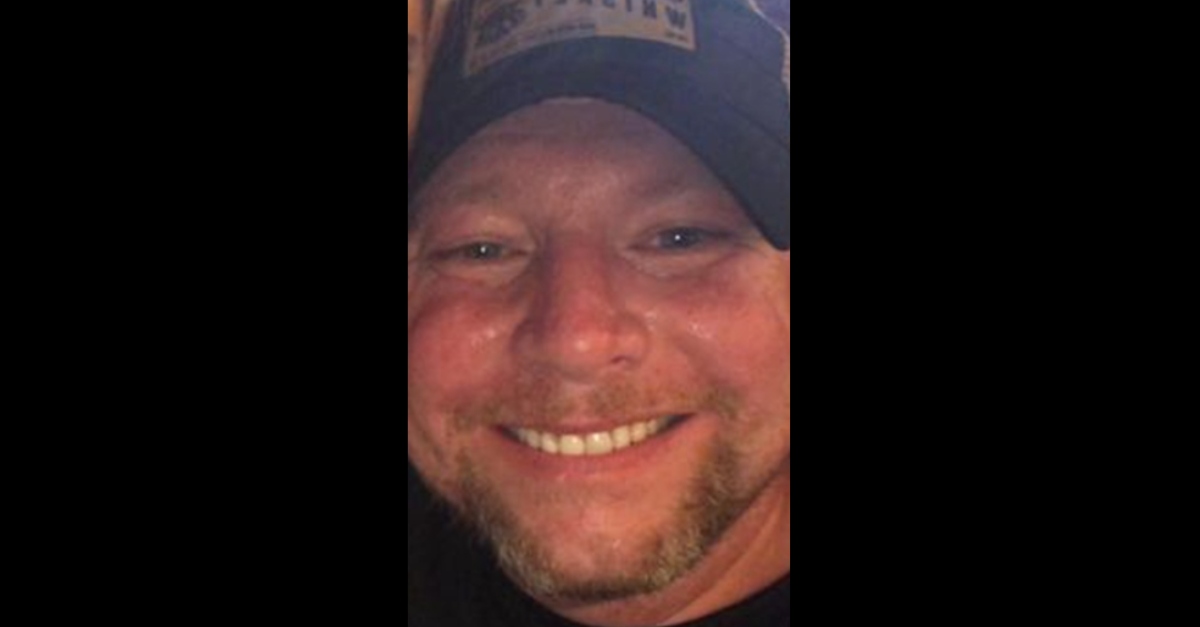 A nationwide manhunt is over. Jacob Blair Scott, a 43-year-old alleged sexual abuser, was arrested in Oklahoma around midnight on Wednesday, say authorities. Officials said it happened less than 24 hours after they announced they were adding him to their most wanted list, and initiated a media blitz.

“Within hours of our announcement and our plea to the public for information, a tipster called the Pushamataha Sheriff’s Office in Oklahoma and said a man fitting the description of Jacob Scott was staying in an RV park,” said lead investigator Inspector Jeremy Stilwell. “After sheriff’s deputies looked up Scott’s information, they saw he was wanted by the Marshals and immediately relayed the tip to us. We then worked with the local authorities to develop a plan for his arrest.”

Authorities say Scott fled Mississippi fled while out on bond for a 14-count indictment for charges including sexual battery, and exploitation of a child. Actually, “fled” is a slight understatement. They say he allegedly faked his death. Investigators found an abandoned dinghy off the coast of Orange Beach, Alabama in July 2018. They said that in it, they found a gun and a note, but little evidence of a suicide. Scott withdrew $45,000 from a bank account before going missing, they said.

The defendant, a survivalist and military veteran, was in the wind. That lasted over a year.

Officials said that at around midnight on Wednesday, U.S. Marshals and Pushamataha Sheriff’s deputies found the RV park Scott lived at, and called him out. He exited, refused to say he was the fugitive, but admitted it was him when investigators pointed out his tattoos, authorities said.

The mother of the alleged victim said that her daughter feels safe now that Scott is locked up.

“We knew the whole time that he was alive and everybody tried to say he was dead and we kept telling them he was alive,” she told The Sun Herald. “All of this pretty much ruined our whole life. It has caused so much stress and heartache.”