Attorney: NXIVM Founder ‘Used Abortions’ as Part of Desire to Have Sex with Many Women 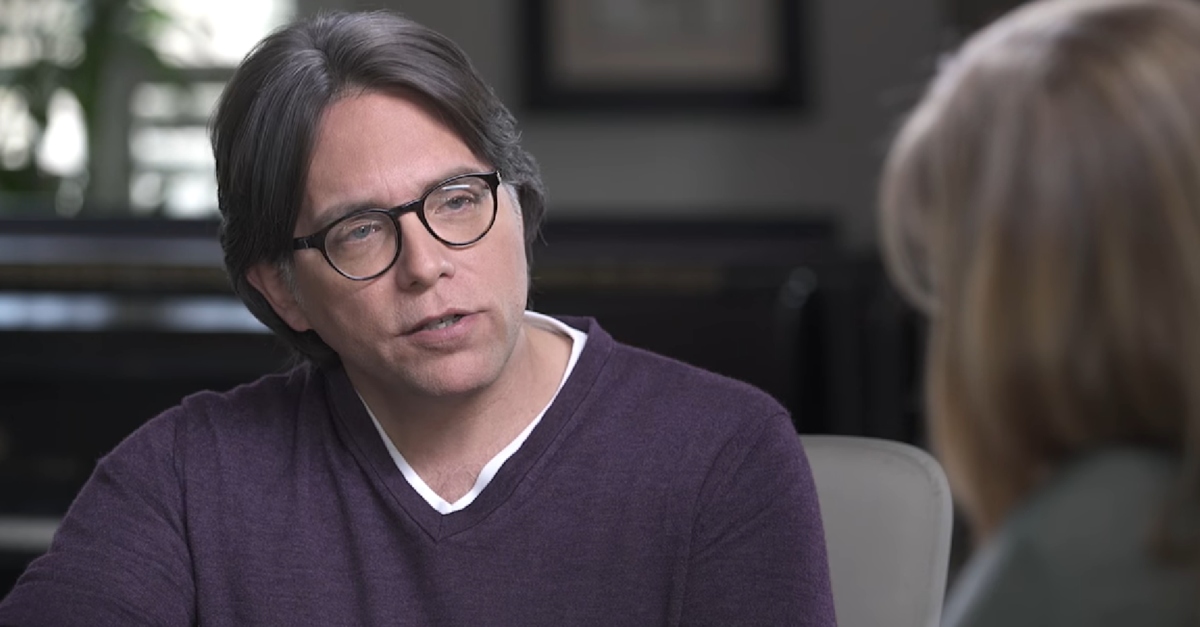 Jury selection in the trial of NXIVM founder Keith Raniere provided a striking preview of the near future. Raniere’s own defense attorney acknowledged on Monday that numerous abortions are involved in the case against the alleged sex cult leader.

“There are a lot of abortions in this case,” defense lawyer Marc Agnifilo said at a sidebar, according to The New York Daily News. “Dozens.”

Apparently, this was a regular thing.

“As part and parcel of his desire to have sex with lots of women, he used abortions cavalierly,” Agnifilo said.

Raniere faces a slew of charges, including wire fraud, sex trafficking, and exploitation of a child.

NXIVM is ostensibly a self-help organization, but prosecutors said the defendant used his position to manipulate and abuse women. He established a “secret society” called DOS, where women were leveraged into non-consensual “master-slave” relationships. He was the only man involved. From the affidavit:

DOS operates as a pyramid with levels of “slaves” headed by “masters.” Slaves are expected to recruit slaves of their own (thus becoming masters themselves), who in tum owe service not only to their own masters but also to masters above them in the DOS pyramid.

Raniere attorney Paul DerOhannesian said last year that evidence will show that his client was engaging in consensual relationships.

The defendant also participated in a slew of financial crimes, according to authorities. Other co-defendants–including actress Allison Mack and Seagram’s heiress Clare Bronfman–have pleaded guilty.

NXIVM: Mack pleads guilty. Says that after “introspection” she decided she was “misguided” to hel Keith Raniere. Conspiracy and racketeering, faces up to 40 yrs, sentencing 9-11

NXIVM: Clare Bronfman pleads G to harboring an illegal alien to do work and helping Keith Raniere pay his bills with a dead woman’s credit card. No sex trafficking. Guidelines = 21 to 27 mos, + a $6 million forfeiture.

Matt Naham contributed to this article.