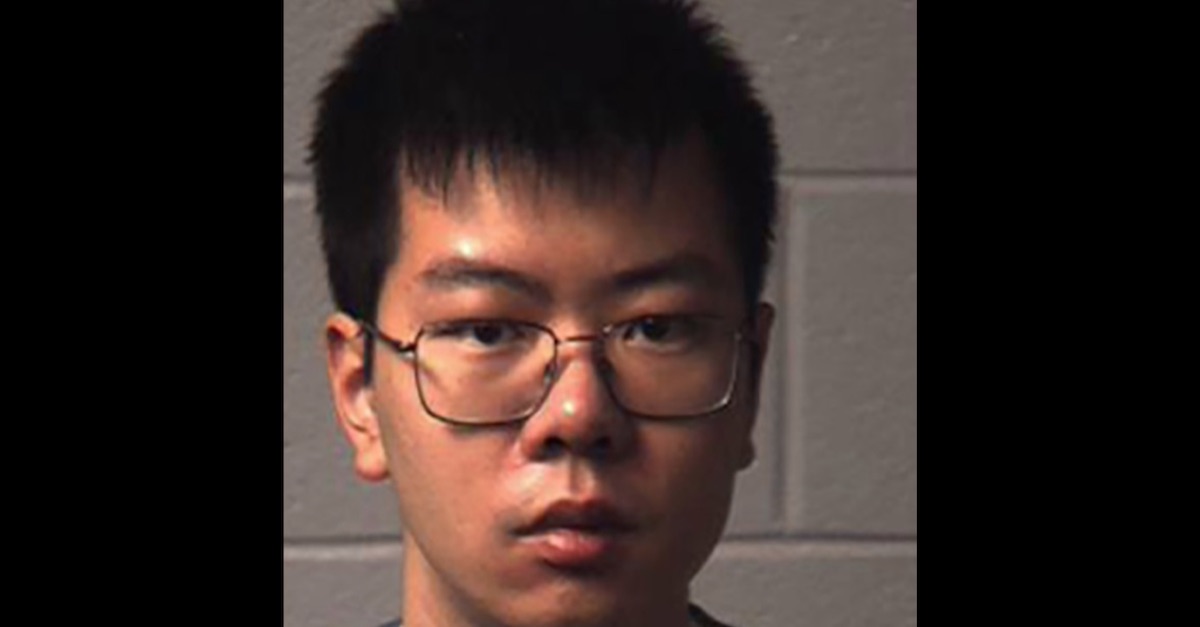 A former college student in Northampton County, Pennsylvania pleaded guilty on Tuesday to poisoning his roommate. Yukai Yang, 24, copped to a count of a attempted murder in the near death of Juwan Royal, according to prosecutor Richard Pepper in a Lehigh Valley Live report.

This marks the end of a case dating back to 2018. Authorities said that the defendant planted the deadly heavy metal thallium in his roommate’s food, water, and mouthwash for months. He certainly knew how to do it, as a chemistry student at Lehigh University.

As part of the guilty plea, prosecutors dropped a case in which he was charged with vandalizing his dorm room with the phrase “N****r get out of here.”

Royal is Black. Yang is Asian, and a Chinese national. Prosecutors back in 2018 said that he tried to dodge charges by turning himself over to Immigration and Customs Enforcement for deportation.

It is going to be a while before Yang gets the chance to return to his birth country. The long and short of it is that he faces between 6 and 40 years in prison. Pepper said there was no sentencing deal.

Royal reportedly believed he had a “cordial” relationship with the defendant. Now he is said to be dealing with an ongoing recovery effort. He continues to experience neurological issues with his toes, Pepper said.

Yang’s attorney Janet Jackson did not immediately return a Law&Crime request for comment. She previously said he had what was a possible schizoid disorder, according to WFMZ. The defendant also said he had depression.