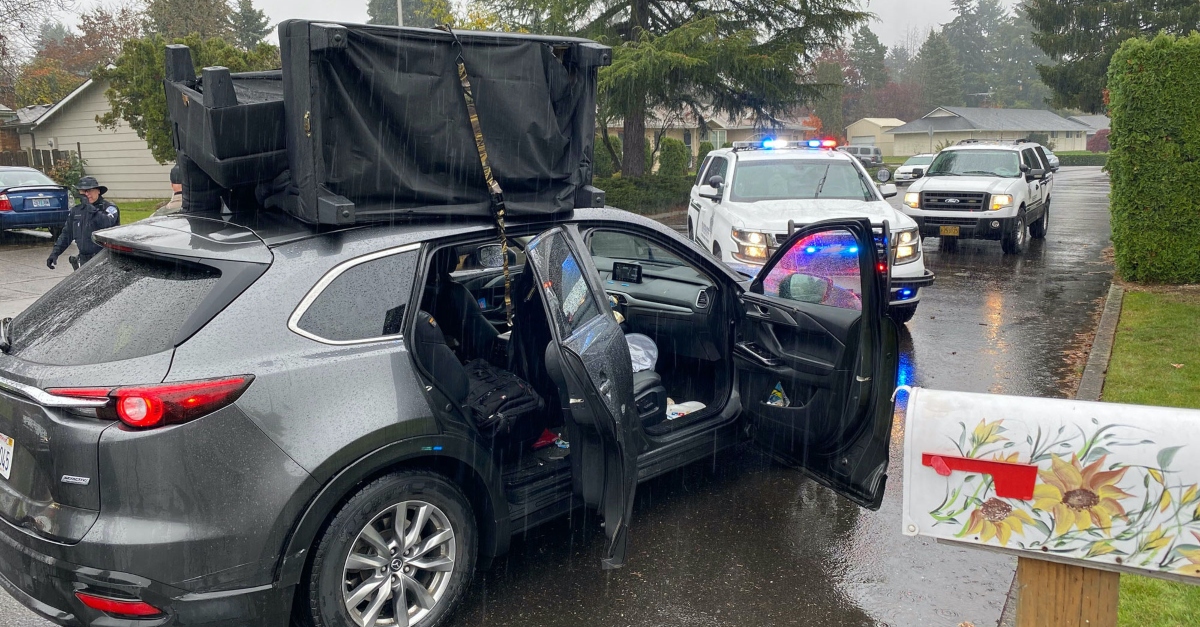 Vehicle descriptions are key to how law enforcement tracks down suspects. The more specific, the better. Perhaps there’s a unique paint job, a scratch, or you know, a big ol’ piece of furniture strapped to the top.

Deputies in Clackamas County, Oregon say an armed robber fled the scene of a robbery in an SUV that had a sofa tied to the roof.

It happened Tuesday, they said. The sheriff’s office said they were told of an armed robbery at an Ace Hardware. In the official account, the suspect pulled a gun on an employee, and left the scene in what was described as a dark colored Mazda CX-9. Thing is, the vehicle allegedly had a “large sofa” on the top.

Deputies said they found the SUV in minutes, but instead of stopping, the suspect led them on a chase into the city of Vancouver until catching the man. Authorities took note that the sofa “remained firmly affixed” to the vehicle.

Authorities said they did find a female passenger, and a gun believed to have been used in the robbery. Investigators determined the woman was not involved.

The Mazda CX-9 was reported stolen. The armed robbery suspect was identified as Joseph Tyler Johnson, 34, who remains in the Clark County Jail on charges including attempting to elude. It is unclear if he has an attorney in this matter. A court date was set for Friday.