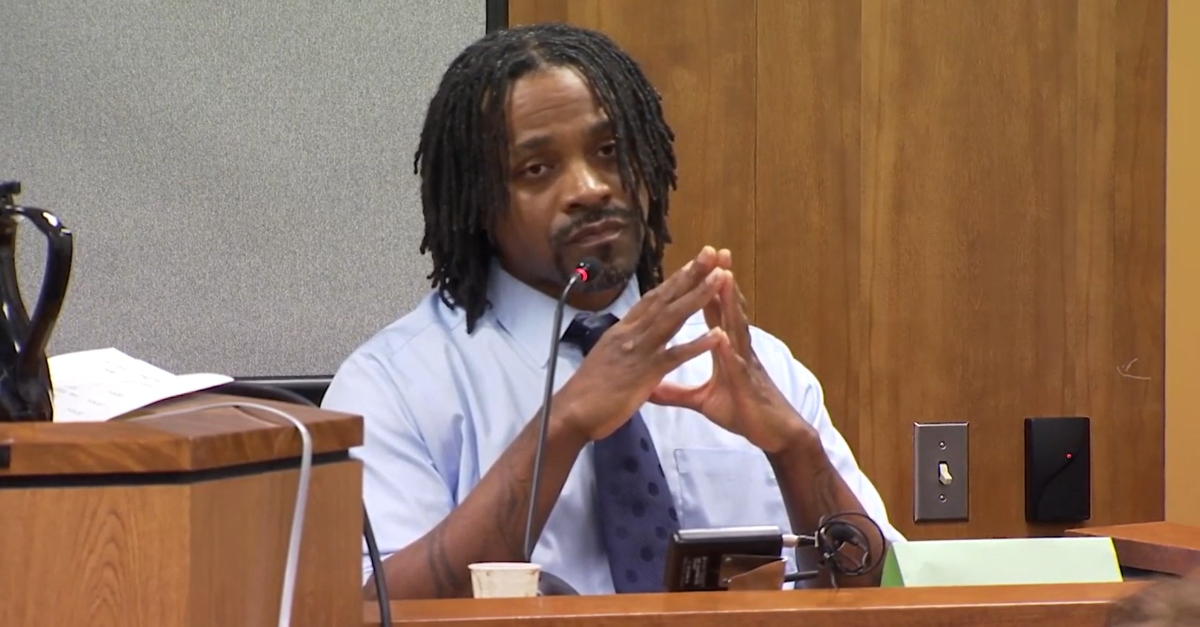 A jury in Fresno, California found Kori Muhammad guilty on Wednesday in the 2017 shootings of four men. Evidence showed that the defendant, who is black, said after killing three of them that he’d shot them because they were white, according to Your Central Valley.

The next question is whether Muhammad will face the death penalty. He was convicted of second-degree murder in the deaths of Mark Gassett, Zackary Randalls, and Carl Williams, but also found guilty of first-degree murder in the killing of David Jackson. Nonetheless, the defendant’s mental state was a question since the pretrial process, with his defense asserting that his mental competency was in question, and that he had schizophrenia.

The sanity phase is set to begin on Monday, and it will be decided if Muhammad will face a prison sentence, or receive treatment at a hospital. He was also convicted of four counts of second-degree attempted murder.

The defense had argued that the defendant didn’t premeditate the murders, according to ABC 30. Muhammad snapped, his defense asserted.

There wasn’t a major dispute on the facts besides that.

“Yes,” the defendant testified when asked during cross-examination if he looked inside a PG&E truck to see if the driver was white, and if so, he would shoot this person.

“And God is going to destroy white men in particular, specifically,” he said.

Muhammad confessed to detectives in a taped interview, according to the Fresno Bee. He said that he shot Williams, a security guard at a Motel 6, after the victim had been disrespectful to him, and because the manager at the business asked him to pay an ostensible visitor’s fee (he was visiting a friend). That manager testified that he felt threatened by Muhammad and kicked him out.

The defendant said he did all this because he was sick of anti-black racism.

“It starts taking its toll on you and you get fed up with the racism,” he said. “You get tired of letting things slide.” While on the run, he learned he was wanted for the Williams murder, so he decided that if he was going to be arrested for murder, he would “kill as many white men” as possible.

In practice, a death sentence for Muhammad would be a formality since California has a moratorium on executions.

You can watch video of Muhammad’s testimony below. Around the 3:40 mark, Muhammad said that he shot to kill a victim who was already on the ground.

[Screengrab via Your Central Valley]