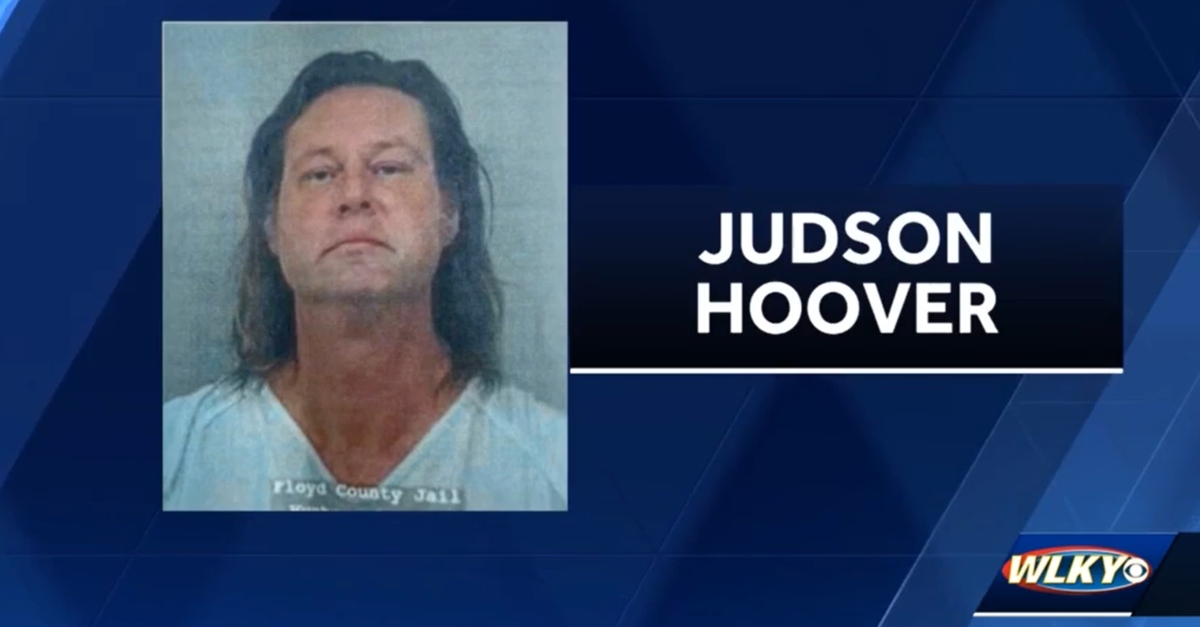 Guilty pleas happen all the time, but usually not this quickly. Indiana man Judson Hoover, 50, pleaded guilty on Thursday in the murder of his wife Rebecca Hoover in New Albany, according to WAVE3. The timeline on this moved fast. Investigators said the victim was last seen August 2, and authorities announced the arrest of the defendant on Monday.

By all accounts, their 8-year-old son was key to the case against Judson Hoover and the quick resolution thereof.

According to probable cause affidavit, one of Judson and Rebecca Hoover’s three children reported to an elementary school counselor that his dad killed his mom in the basement. Judson Hoover is set to be in court this afternoon. @WDRBNews pic.twitter.com/rdY4ACR6lW

In the probable cause affidavit, the child told an elementary school counselor on August 27 that his father killed mom in the basement. The son told investigators that he witnessed his father stomping his mother’s head 20 times while wearing black boots. Rebecca Hoover was lying on the ground. In this account, Judson Hoover also punched the victim in the stomach with a set of keys–she was unresponsive. Blood emerged from the victim’s head and left ear.

Hoover was previously arrested in April for strangulation and domestic abuse in the presence of a child younger than 16 years old. He admitted to the judge on Thursday that he fatally strangled his wife, then hid her body in a 55-gallon container, which he put in a storage unit about five minutes from their residence, according to the report. He said that he is admitting guilt to prevent his son from testifying in court.

Other evidence–including surveillance footage of the defendant apparently moving the body, and blood spatter on the steps leading to the basement–buttressed the state’s case.

A fundraiser on Facebook is collecting money to help support Rebecca Hoover’s three children. It raised over $6,000 of a $10,000 goal as of Friday afternoon.