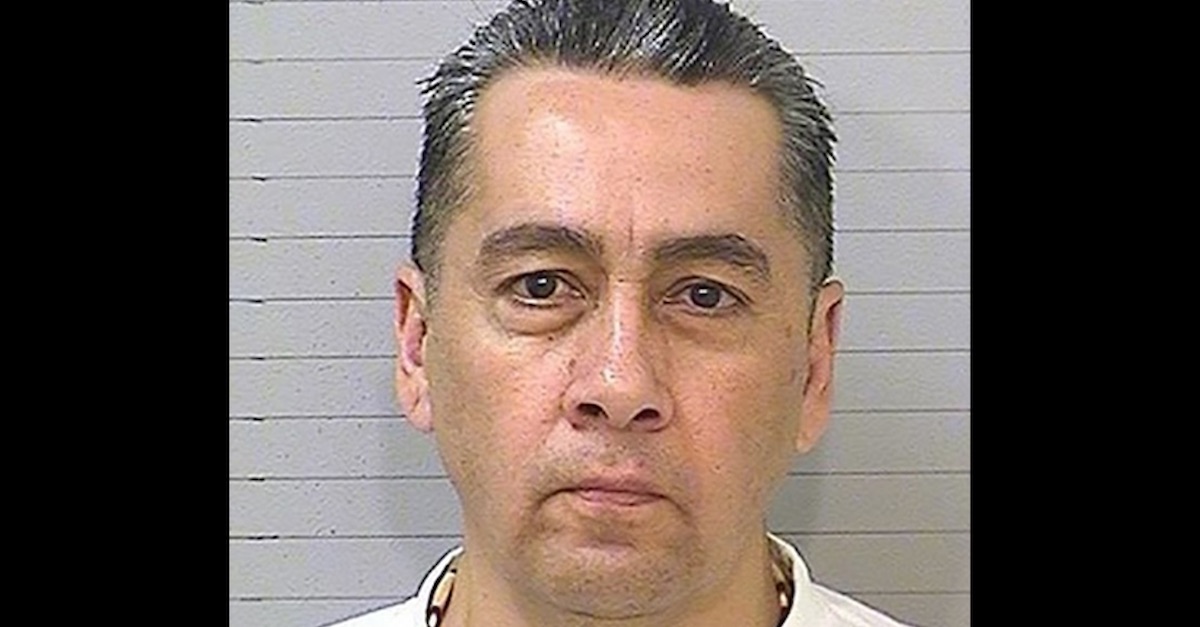 A 57-year-old California man who spent more than two and half decades in prison for the 1986 murder of his stepmother admitted on Monday that he killed again after being let out on parole.

Nearly 30 years ago, Timothy Chavira was sentenced to 26 years to life behind bars for the first-degree murder of Laurie Ann Chavira, 48. Chavira, then 23 years old, brutally beat and stabbed the victim to death before dumping her body in the trunk of her own car. Authorities found the body 11 days later and eventually arrested Chavira, who had fled from California to Oregon. Despite all of the above, Chavira was paroled in July 2017.

According to the parole board, Chavira had shown over the course of his incarceration that he was “not a danger to society.” Per ABC News:

The commissioner added: “His risk is considered low at this time due to the inmate’s demonstration of skills of managing stressors without resorting to violence for many years. He has been participating in active rehabilitation programs, including substance abuse services … he has engaged in therapeutic treatment to address feelings of depression and anxiety.”

The parole panel, said the commissioner, believed that “based on weighing all the evidence here today, that he is not a danger to society.”

How wrong this determination proved to be.

Chavira was sentenced on Monday to life without parole after he pleaded guilty in the Dec. 2019 murder of 76-year-old retired OB-GYN Dr. Editha Cruz de Leon. Chavira murdered the grandmother and mother of five with a sharp object. The victim died from “sharp force injuries and strangulation.”

On Dec. 7, 2019, Chavira killed Editha Cruz de Leon, 76, with a sharp object at her home in the 3900 block of North Van Horne Avenue. Chavira was arrested two weeks later in Pasadena.

Chavira was previously found guilty by a jury of first-degree murder for beating and stabbing to death his stepmother in 1986. He was sentenced to 26 years to life in state prison and was released on parole in July 2017.

The case was investigated by the Los Angeles Police Department.

LADA spokesman Ricardo Santiago told NBC News in a statement that it “appears the victim and Chavira had prior contact but there was no type of relationship between them.”

[Image via California Department of Corrections and Rehabilitation]