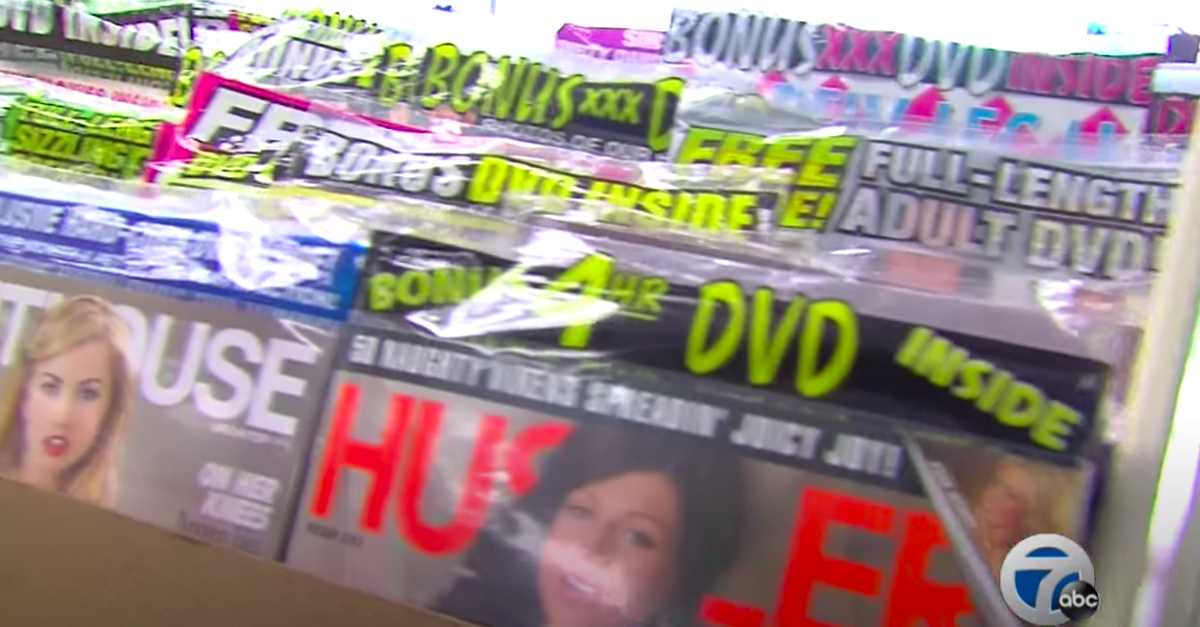 The parents of a Michigan man in his forties will have to pay for disposing of their son’s “large collection of pornographic material” after an argument, and they could be on the hook for as much as $75,000 after a federal judge in Michigan granted his request for summary judgment in the matter.

U.S. District Judge Paul Maloney of the Western District of Michigan ruled in favor of David Werking, 42, after emails revealed that his parents, Beth and Paul Werking, chose to throw away 12 boxes of pornographic property. Werking provided a detailed list of the property in court filings which included 1,605 individual titles of pornographic DVDs and VHS tapes, and around 50 sex toys.

David moved back in with his parents in 2016 after divorcing his wife, bringing some of his personal property with him. Approximately a year later, the relationship began to sour and in August of 2017 David called the police following an “incident”; the officers asked him to stay somewhere else for a few days. David complied, leaving much of his personal property behind.

Over the ensuing months David asked for his items to be returned several times, but in Jan. 2018 his parents told him that any property not yet returned had been destroyed, including the pornographic material.

According to the Holland Sentinel, David’s father claimed that some of the pornographic material was particularly disturbing, including depictions of “incestuous sexual relationship, along with depictions of sex with minors and animals, sexual assault and slavery.”

David denied the allegation, saying nothing in his collection was illegal.

“Frankly, David, I did you a big favor getting rid of all this stuff,” the elder Werking wrote in another email to his son, according to MLive.com.

His mother Beth also admitted to Ottawa County Sheriffs that she, too, was responsible for destroying the property.

“In this case, there is no question that the destroyed property was David’s property. Defendants repeatedly admitted that they destroyed the property, and they do not dispute that they destroyed the property. Therefore, the Court finds that there is no genuine dispute of material fact on David’s statutory conversion claim,” Maloney wrote in an eight-page order. “Finding that Defendants have failed to present a viable affirmative defense to their conduct, the Court concludes that Plaintiff is entitled to judgment as a matter of law on his claim. The issue of damages remains unresolved, but that does not prevent the Court from ruling on this legal issue.”

David initially estimated the cost of his pornography collection at $25,000, but his attorney told MLive.com that he would be seeking tremble damages, meaning three-times the actual cost of the property.

“This was a collection of often irreplaceable items and property,” David Werking’s attorney Miles Greengard said.

See below for the order: