Three woman were arrested and charged after a bizarre brawl and alleged attack on airline employees at Fort Lauderdale-Hollywood International Airport in Florida on Tuesday. Fists and food started flying when the plane didn’t, the story goes.

Keira Ferguson, 21, Tymaya Wright, 20, and Danaysha Dixon, 22, each from Philadelphia, used “miscellaneous items, such as phones, shoes, full water bottles, metal boarding signs and fast food” to batter and injure three Spirit Airlines employees, authorities allege. A Burger King bag—one of the items that appears to have been thrown—can be seen on the ground amid the spiraling melee of inexplicable origin. The worst part of the brawl took place behind a counter.

Each of the defendants was charged with touch or strike battery. Wright allegedly took one of the employee’s phones and was hit with the additional charge of petit theft. These appear to be misdemeanor charges. Misdemeanor battery in Florida is punishable by jail time, probation and/or a fine.

According to WPLG, which cited a statement from the airline, the defendants “became combative following a delayed flight.” The incident, which you can watch in the video above, unfolded right outside of the gate for the would-be flight back to Philadelphia. The situation escalated quickly.

As you can see below, each of the women was booked in Broward County. 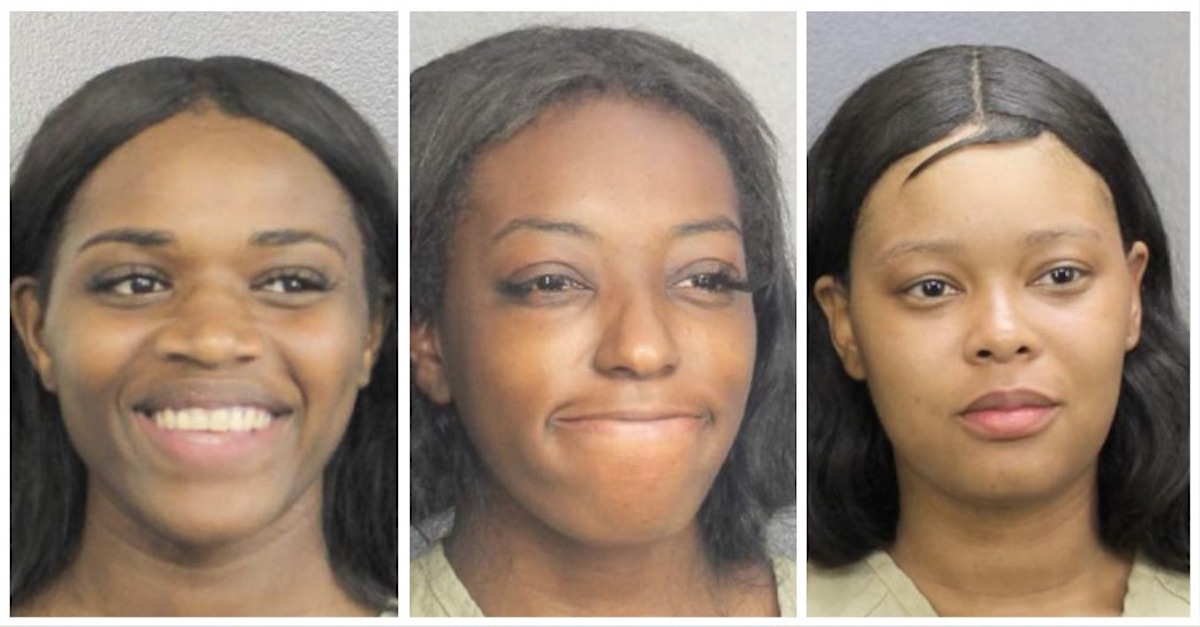 The defendants bonded out of jail on Wednesday morning.

In a statement, Spirit Airlines condemned the “violent behavior” as “completely unacceptable” for an airport “or any other place of business.”