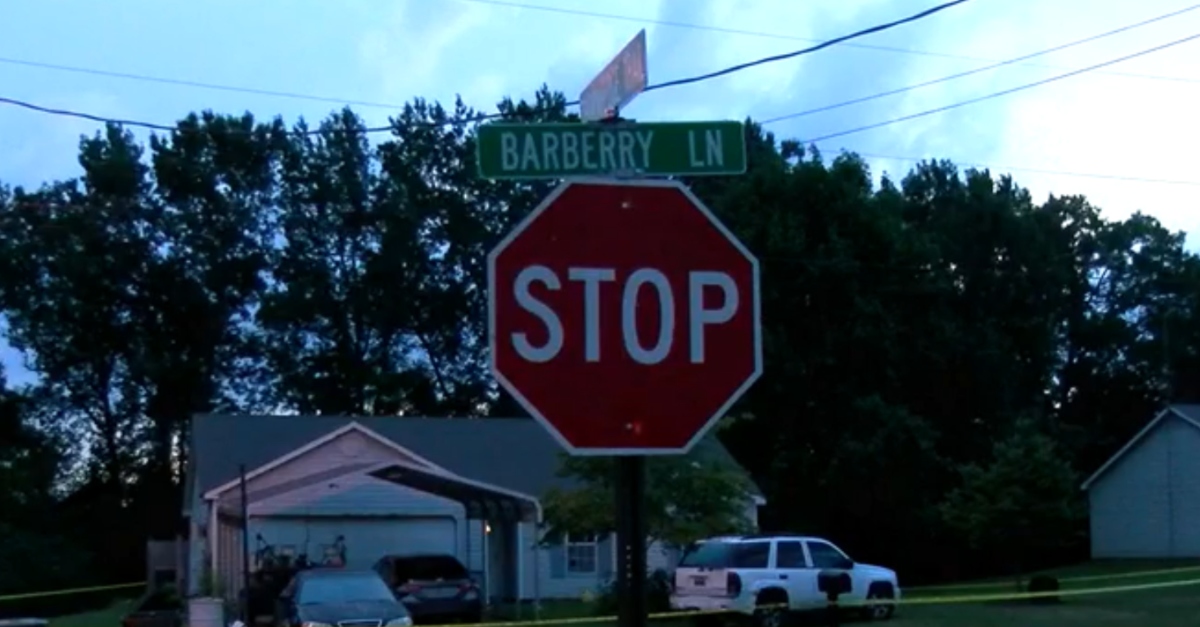 A 16-year-old boy in Alabama is being charged with murder and attempted murder for allegedly shooting his father, and injuring his little brother. The victims were identified as Chad Wanca, 43, and son Hunter Wanca, 12.

Deputies with the Madison County Sheriff say they got three 911 calls for a domestic dispute on Saturday. They found a juvenile outside the residence with his hands in the air, they said. They detained him, and inside the home, they found Chad and Hunter Wanca. The boy was hospitalized in critical condition, but the father was declared dead.

“The detained juvenile was transported to criminal investigations division and after interviews was arrested as an adult for murder and attempted murder, then booked into the Madison County Metro Jail,” officials said.

The suspect’s grandparents say the shooting happened after he was told to clean his room.

“I’m going to the hospital,” grandmother Linda McNamara told WAFF. “I hope I’ll be able to get in and see my grandson. I’d like to go to the jail as well and see my other grandson. I want to talk to him. I don’t know where his head is at. I love my grandsons. I love them both.”

She and the grandfather, Rick McNamara, said Hunter was alert and talking on Monday. It’s unclear if the 16-year-old defendant has an attorney in this matter.

“This is a tragic event for the family and the community,” Sheriff Kevin Turner said in a statement. “Our thoughts and prayers are with the Wanca family, and especially Hunter. Domestic violence is something that can affect any family regardless of income or race. If anyone knows someone who is suffering as a victim of domestic violence, we ask them to please contact law enforcement. See something, say something.”