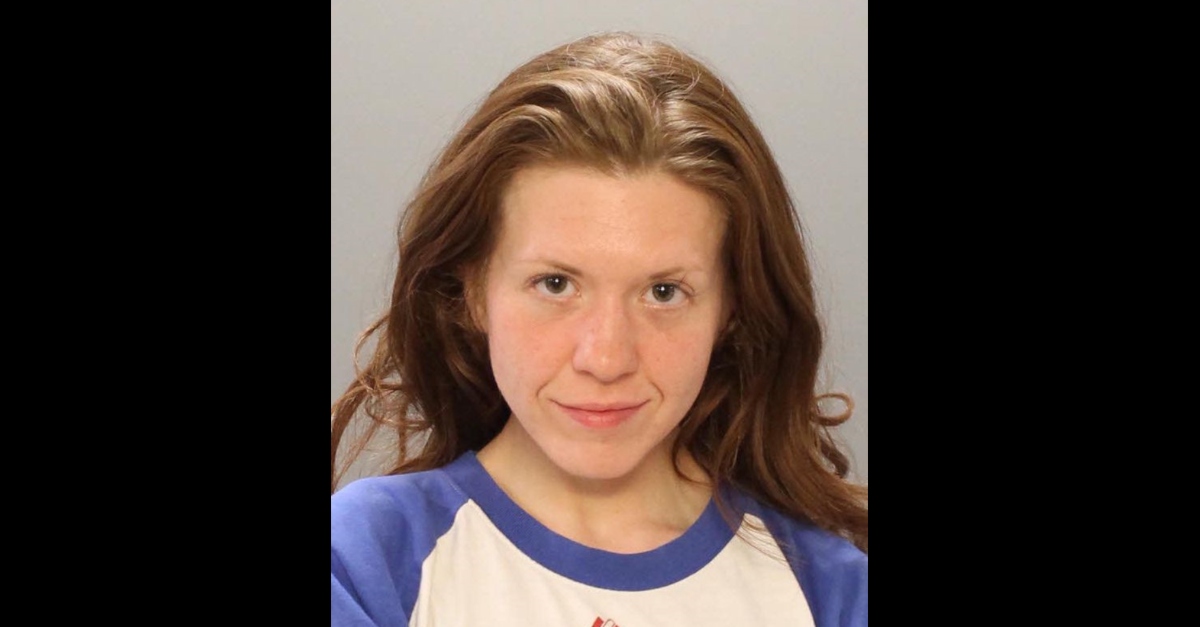 Jacqueline McBride, 27, is charged with simple assault, terroristic threats, and harassment, say cops. Authorities claim she’s the person behind a pair of confrontations over the weekend at a Di Bruno Bros in the Central City neighborhood.

If you recognize this individual, please call Central Detectives Division at 215-686-3093, or alternatively, call 215-686-TIPS. She’s accused of spitting on two peoples face in a Center City market, I speak with one of the victims today. pic.twitter.com/f6BQsrOi3t

She landed on police radar after an alleged dispute on Sunday morning. McBride allegedly bumped into someone while shopping; “words were exchanged” about social distancing during the COVID-19 pandemic, officers said. The defendant called the other person the b-word, and denied having the virus, according to authorities.

She spit in that person’s face and fled the scene, officers said. The alleged victim was wearing a protective mask and glasses, and wasn’t injured, authorities said.

“I said that was rude there’s a pandemic going on right now.”- Alexis Danilo says this the suspect Jacqueline McBride spit in her face. The altercation happened while Danilo was standing in line outside a grocery store. It escalated when they both went inside. ⬇️ @6abc pic.twitter.com/G432Todjgi

The investigation of this incident turned up another alleged spitting incident. A business employee told cops that the suspect was at the store on Saturday, and she spit on him after argument over how she wanted to pay.

Investigators put out a notice for the suspect, and well, they now say they found her. It’s unclear if McBride has an attorney in this matter.