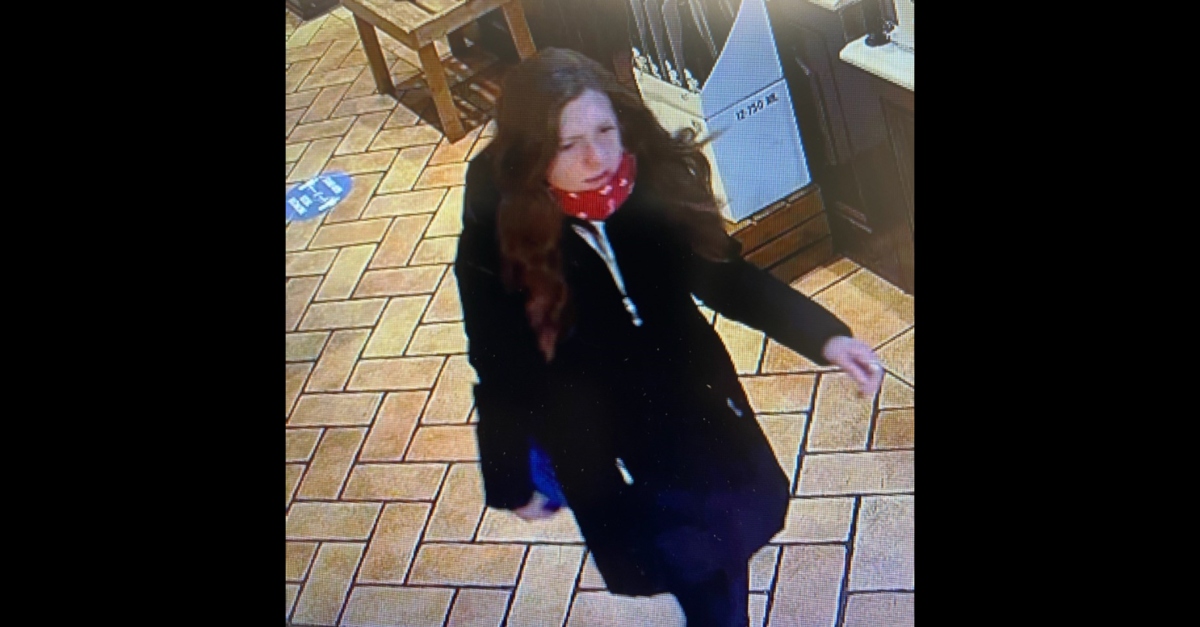 Okay, okay, okay, we know we’ve covered coughing and spitting incidents ad nauseam at this point. But how about this story? Police in Philadelphia, Pennsylvania are seeking a woman who allegedly spit on another person in two separate incidents.

All this happened over the weekend, cops said in a statement to Law&Crime.

On Sunday at around 11:30 a.m., the suspect allegedly bumped into someone while shopping at a business; “words were exchanged” regarding social distancing, police said. The situation escalated when the suspect allegedly called the other person the b-word, and claimed not to have the virus. Then she spit in that individual’s face and fled, cops said. The alleged victim in this incident was wearing a protective mask and glasses, officers said. The person was not injured.

Apparently, this is something of a pattern with the suspect. Police said that a store employee told them that the spitter was at the store on Saturday, and that she spit on him after an argument over how she wanted to pay for her purchases. The witness didn’t know the woman’s identity, cops said.

Officers describe the alleged spitter as white, 30 to 35 years of age, and standing 5’6″ to 5’7″. She is thin, with long reddish-brown hair. The suspect wore what was described as a three-quarter length black jacket, dark pants, and a red bandana around her neck. Anyone with information can call Central Detectives Division at 215-686-3093 or 215-686-TIPS.

Coughing and spitting took on a new, more intense meaning amid the COVID-19 pandemic. Sometimes fights reportedly broke out over it. In Johnstown, Pennsylvania, (about a four-mile drive from Philly) a man was seen on video opening fire at a vehicle after the driver purportedly chastised him for not covering his mouth while coughing. The driver allegedly hit him with the car before the shooting.

An incident in Brooklyn, New York ended in tragedy. An 86-year-old woman died after a 32-year-old female suspect allegedly hit her in the head for not social distancing. Family members said the victim had dementia.