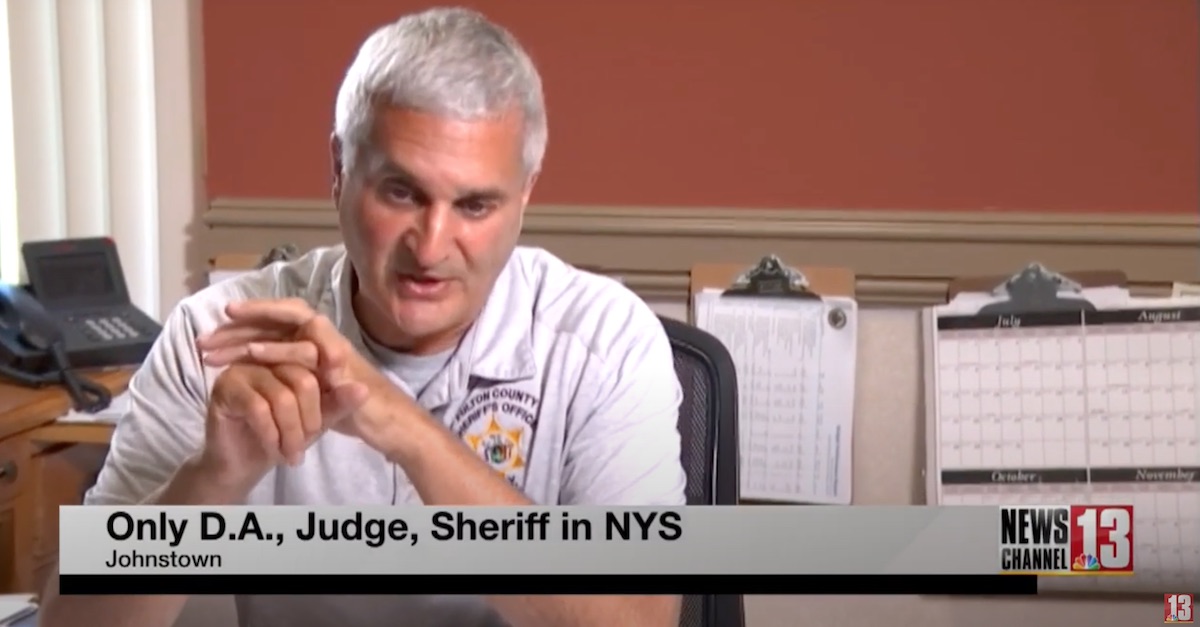 The Fulton County Sheriff, a Republican former district attorney and former county judge in the Empire State, said that his deputies will not be enforcing Gov. Andrew Cuomo’s (D) executive order aimed at limiting the size of Thanksgiving gatherings in the homes of citizens to 10. Sheriff Richard Giardino said that the Cuomo order is unconstitutional.

Last week, Gov. Cuomo said on Twitter that New York State would be limiting indoor gatherings at private residences in order to prevent a COVID-19 explosion.

We know indoor gatherings and parties are a major source of COVID spread.

To slow the spread, NYS will limit indoor gatherings at private residences to 10 people.

“New York follows the science. We know indoor gatherings and parties are a major source of COVID spread,” Gov. Cuomo. “To slow the spread, NYS will limit indoor gatherings at private residences to 10 people. This limit takes effect Friday at 10pm.”

The move followed another controversial state initiative, requiring students at state colleges to test negative for coronavirus before going home for the holidays.

Giardino and other Republican officials in the state have said that Cuomo is clearly overstepping and abusing his authority. The sheriff said his deputies won’t be going house to house to make sure that citizens aren’t celebrating Thanksgiving.

“People have enough anxiety in their life without thinking that the police are going to come to their door and check on how many people are there,” Giardino said, according to the Times Union. “But they hear it on TV and think if they add in grandma, they are going to be arrested.”

The former judge predicted that if he actually did enforce Cuomo’s order (which he said is unenforceable because there is no penalty attached to the violation thereof) Fulton County would be hit by an endless parade of “frivolous lawsuits.” Although the COVID-19 pandemic is worsening and although precautionary measures like mask-wearing are highly politicized, Giardino said that he has faith in people’s “common sense.”