New Hampshire Sues Massachusetts in U.S. Supreme Court for Taxing Remote Workers ‘In the Middle of a Global Pandemic’ 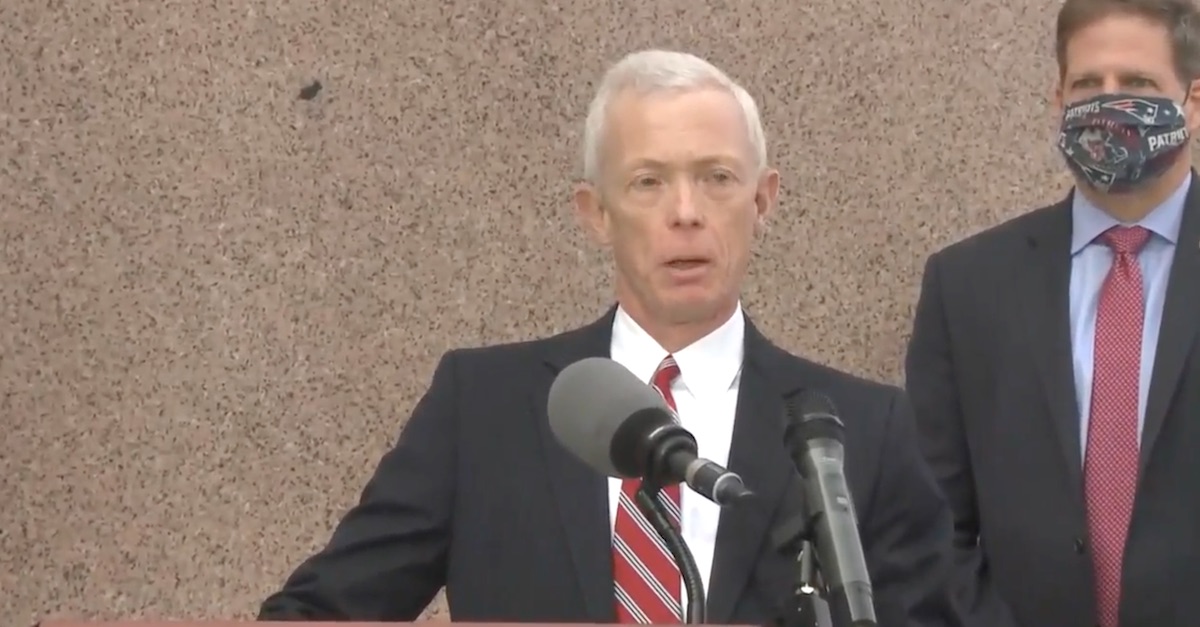 The state of New Hampshire asked the U.S. Supreme Court to stop the Commonwealth of Massachusetts from collecting income tax from New Hampshire residents employed by Massachusetts-based companies who have been working from home during the coronavirus pandemic. The bill of complaint, filed Monday morning by Gov. Chris Sununu (R) and Attorney General Gordon MacDonald, claims that the Massachusetts tax unconstitutionally violates New Hampshire’s state sovereignty. The plaintiffs want the High Court to refund all of the revenue collected, plus interest.

“In the middle of a global pandemic, Massachusetts has launched a direct attack on the defining feature of the New Hampshire advantage and has taken actions to undermine New Hampshire’s sovereignty,” Sununu said during a Monday press conference. “Massachusetts cannot balance its budget on the backs of our citizens, punish our workers for making the decision to work from home and keep themselves and their families and those around them safe. New Hampshire has no choice but to seek relief in our nation’s highest court. We’re going to fight this unconstitutional attempt to tax our citizens every step of the way and we are going to win.”

The controversy stems from the Massachusetts Department of Revenue (MDR) in April enacting a temporary rule requiring all non-residents who worked in Massachusetts prior to the pandemic remain subject to the state’s 5.05-percent income tax, even though they no longer physically entered the state as part of their employment.

In the filing, New Hampshire argued that the state had “no choice” but to bring the dispute directly to the justices, citing to 28 USC §1251(a), which gives the U.S. Supreme Court “exclusive jurisdiction” over “all controversies between two or more States.”

“This Court therefore is the only forum that can hear New Hampshire’s claims. The Court should exercise its jurisdiction to hear this dispute and grant New Hampshire declaratory and injunctive relief against Massachusetts’ unconstitutional attempt to tax New Hampshire residents,” the complaint stated.

Patrick Marvin, spokesperson for the Massachusetts Executive Office for Administration and Finance, issued a statement on Monday in response to the filing.

“The commonwealth has implemented temporary regulations that are similar to those adopted by other New England states. The administration does not comment on pending lawsuits,” Marvin said in a statement to local news outlet WCVB5.