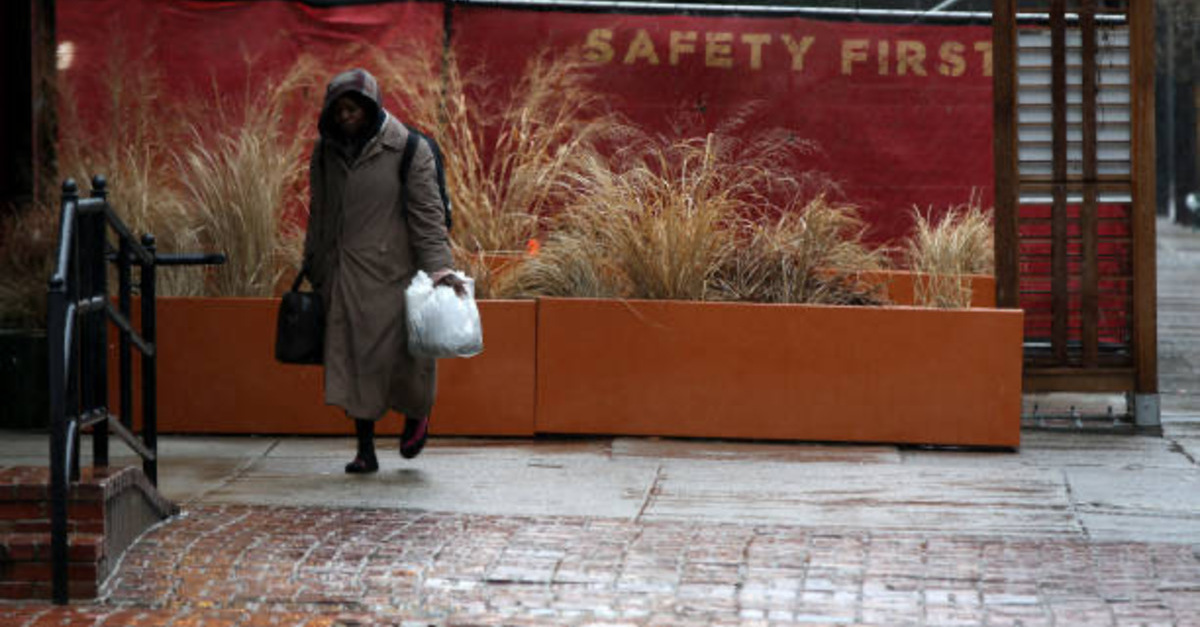 A woman from Massachusetts is being investigated for spreading the novel Coronavirus (COVID-19) after allegedly lying about her symptoms. She now faces criminal charges in the People’s Republic of China.

The woman, 37-year-old Li Mou, reportedly boarded a flight in Massachusetts before stopping in Los Angeles on her way to Beijing in order to receive Coronavirus testing—apparently due to a dearth of such available kits in the United States.

According to the Los Angeles Times, Li self-administered fever suppressants before disembarking and concealed her symptoms when directly asked by flight attendants—citing “Beijing’s disease control center and an Air China representative” as sources.

Li is currently hospitalized and undergoing treatment. She could face several years in prison if convicted of the crime of “impeding prevention of infectious diseases.”

Shi Hongying, a member of the outbreak prevention and control expert lawyers group and director of the Professional Committee on Prevention and Defense of Occupational Crimes, organized by the Beijing Bar Association…said that according to the relevant provisions of the Criminal Law, the crime of obstructing the prevention and treatment of infectious diseases will be punished with a term of imprisonment or detention of less than three years; for particularly serious consequences, the maximum sentence is 7 years.

Li is, for now, only being investigated on suspicion of a lesser charge—because she was diagnosed after entering the country.

“The prevention and control measures for this epidemic include requiring all entry-exit personnel to truthfully fill out the Immigration / Health Declaration Card of the People’s Republic of China,” the outlet noted—stressing that this was likely Li’s major issue.

The original report appeared in the Haunqui news outlet:

On March 13, Beijing reported a confirmed case imported from the United States. Li, a female, 37 years old, had settled in Massachusetts, the United States for a long time. On March 14 and 15, the Municipal Centers for Disease Control and Air China announced at a press conference on the prevention and control of the new crown pneumonia epidemic in Beijing that Li had developed fever, cough and other symptoms during her stay in the United States, and visited the local doctors several times. She took antipyretics before boarding the plane in the United States. After boarding the plane, she failed to provide the flight attendants with personal health status and the condition of their counterparts such as husband and son, posing a risk of infection to the flight attendants.

“After receiving relevant clues, the Beijing police quickly launched an investigation and evidence collection,” the original report continues. “After preliminary work, the Shunyi Public Security Bureau has filed an investigation into Li on suspicion of interfering with the prevention and control of infectious diseases. At present, Li Mou is being treated at a designated hospital, and her husband and son are under observation in isolation.”

“We need to be highly alert toward imported infection cases,” Chinese Doctor and governmental advisor Zhong Nanshan said at a news conference Wednesday, highlighting the strenuous forward-thinking containment efforts being made by the Chinese government to combat the pandemic. “For this first wave of imported cases from highly affected countries, we should not just look at their symptoms; we should test them.”

Some, but not all, U.S. states have laws which criminalize the spreading of an infectious disease, a Law&Crime analysis of state laws recently found.