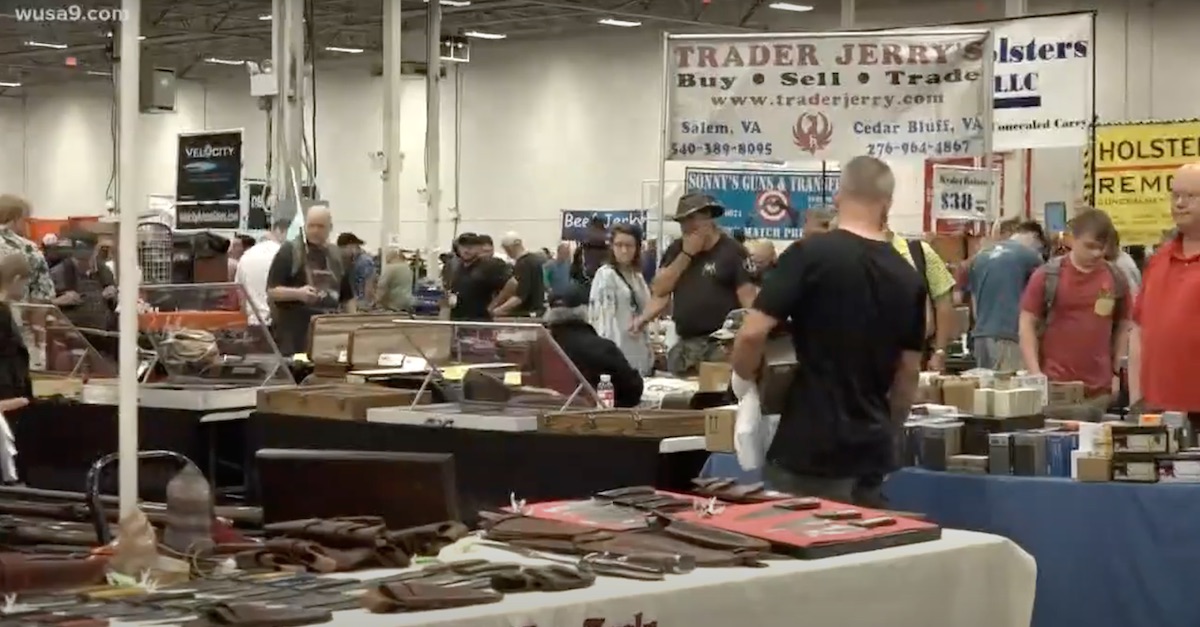 The hosts of “The Nation’s Gun Show” have filed a lawsuit against Democratic Virginia Gov. Ralph Northam in the Circuit Court for Fairfax County. The lawsuit seeks an emergency order to prevent the governor’s Nov. 13 executive order from cancelling the event.

Northam’s order, which went into effect on Monday, was issued in response to a surge in COVID-19 infections.

Plaintiffs Showmasters Inc., Sonny’s Guns and Transfers, and AmmoLand News journalist John Crump are asking the court to recognize The Nation’s Gun Show as a “Brick and Mortar Retail Business” under Northam’s order so that the event can be held as planned from Friday Nov. 20 through Sunday Nov. 22 at the Dulles Expo Center in Chantilly, Va.—with appropriate social distancing and mask-wearing but without crowd capacity limitations that are to be imposed on, say, a gym or recreation center.

Plaintiffs said that they should be able to hold the event as they did in August:

For example, The Nation’s Gun Show held August 21-23, 2020 involved no fewer than 60 event staff, 530 exhibitors, and hosted over 12,500 attendees — and was safely and successfully executed even while being severely limited by the “phase three” COVID-19 emergency restrictions that were in place at the time. Attendance lines for that gun show snaked through the parking lot, and attendees were willing to wait up to three hours in line just for their turn to get in the door.

Plaintiffs also sought a writ of mandamus to block enforcement of the order “insofar as they have been interpreted to effect a stop to The Nation’s Gun Show to be held this weekend.”

A hearing in the case was expected to occur on Wednesday morning.

Showmasters Gun Shows currently has a banner displaying at the top of its home page, noting that the status of the gun show is up in the air:

The evening of Friday November 13th, an Executive Order by the Governor was posted that would essentially shut down the Nation’s Gun Show. In response, we have filed a lawsuit in Fairfax County to get a temporary injunction to allow the show to continue this weekend. An emergency hearing should take place tomorrow morning. It is our hope to get this building opened back up so that more events for the community can take place.