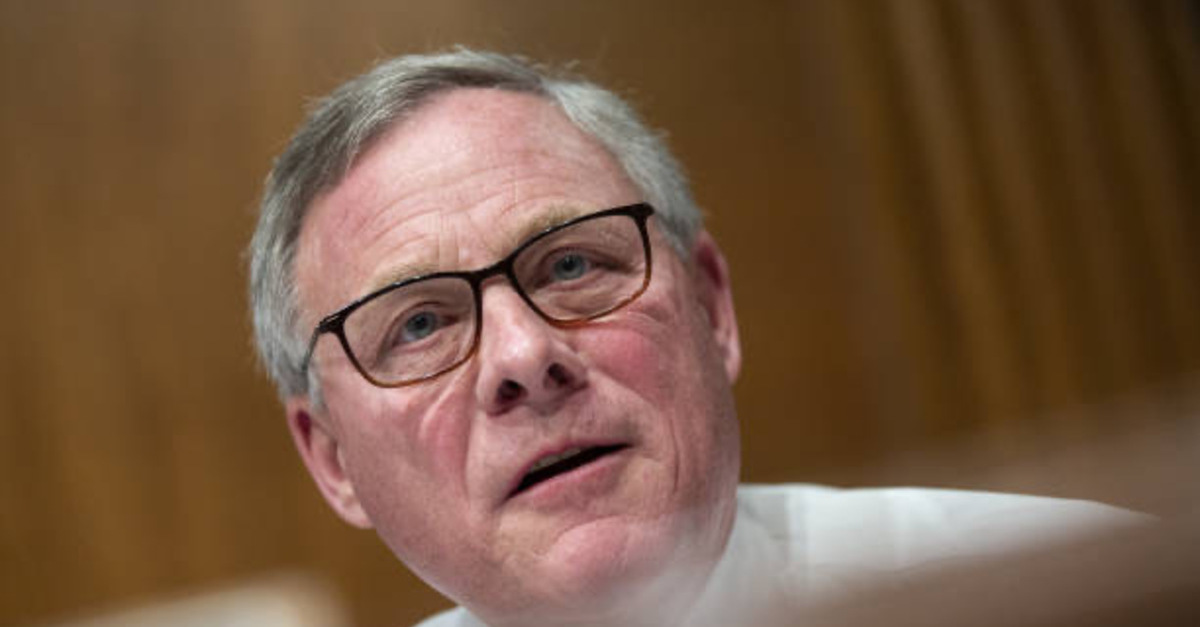 Update 7:40 p.m.: Burr responded to the NPR story at length. He called the story a “hit piece,” and claimed that wealthy donors weren’t the only ones who heard his remarks on Feb. 27.

In a tabloid-style hit piece today, NPR knowingly and irresponsibly misrepresented a speech I gave last month about the coronavirus threat.

Let me set the record straight. 1/

Every state has a state society. They aren’t “secretive” or “high-dollar donor” organizations. They’re great civic institutions that bring people in D.C. together for events, receptions, and lunches.

And they’re open to anyone who wants to get involved. 3/

North Carolina’s Republican Sen. Richard Burr had key information about the novel Coronavirus (COVID-19) three weeks ago. This information was not shared with the general public or his broader constituents, however, and was supplied to wealthy donors at a posh “luncheon” in Washington, D.C.

In a secret audio recording obtained by National Public Radio’s Washington Investigative Correspondent Tim Mak, Burr can be heard relaying information about the severity of the Coronavirus well before even the White House was coming clean about the potential pandemic and resulting panic.

There’s one thing that I can tell you about this: It is much more aggressive in its transmission than anything that we have seen in recent history. It’s probably more akin to the 1918 pandemic.

The upper crust luncheon was organized by the Tar Heel Circle, a self-professed non-partisan organization of organized capital interests comprised of the corporate and business class—North Carolina’s owners, employers and political leadership.

“Every company should be cognizant of the fact that you may have to alter your travel,” Burr continued. “You may have to look at your employees and judge whether the trip they’re making to Europe is essential or whether it can be done on video conference. Why risk it?”

Contemporaneous statements from Burr—from three weeks ago—suggested nothing at all similar to his concern or frank assessment in line with the comments made by the Republican senator in that secret recording.

“There will be, I’m sure, times that communities, probably some in North Carolina, have a transmission rate where they say, let’s close schools for two weeks, everybody stay home,” Burr continued—an optimistic timeline for a crisis believed likely to last for nearly two years, according to the latest information from the White House.

Sixteen days after that prescient but privileged statement, North Carolina finally closed down their public school system in a bid to stop transmission of the deadly virus and disease.

“We’re going to send a military hospital there, it’s going to be in tents and going to be set up on the ground somewhere,” Burr told the small collection of moneyed-up and well-connected constituents who had purchased access to the Tarheel politician and inside track on the largest national mobilization effort since World War II. “It’s going to be a decision the president and [Department of Defense] make. And we’re going to have medical professionals supplemented by local staff to treat the people that need treatment.”

On Wednesday, President Donald Trump activated his vast store of emergency powers under the Defense Production Act of 1950.

Those powers are so broad and so vast that attorney Tor Ekeland dubbed the underlying statute “a socialist military relic from a time of global warfare and the Red Scare.”

Ekeland said the use of those powers should be a concern because the wartime statute confers “monarchical powers than what should be the more limited powers of a president under our constitutional system.”

Monarchical, socialist or not—Burr seemed keenly aware of what was at stake and in the works well before he (or anyone in the federal government) was saying so publicly.