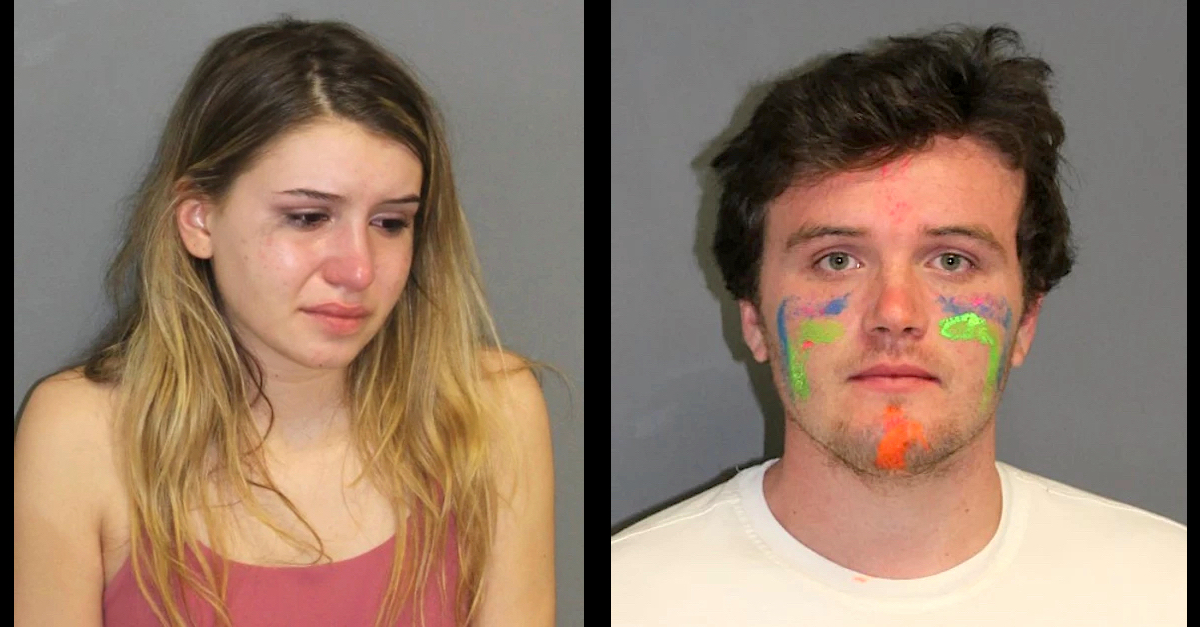 The Connecticut State Police on Saturday arrested two people and issued a written infraction against a third person for throwing a large house party despite COVID-19 restrictions which forbid large gatherings. Authorities say they were called four minutes before midnight to a report of a “loud party” on Hunting Lodge Road in Mansfield, Conn., about half an hour east of Hartford and near the University of Connecticut campus. Those present were not social distancing, a tipster told the police.

“Troopers estimated more than 100 people were inside the residence,” a press release states. “Vitti was placed under arrest without incident. The party goers were then dispersed and allowed to arrange for safe rides home.”

Vitti is charged with violating Gov. Ned Lamont (D)’s executive orders, interfering, and permitting minors to illegally possess alcohol. He was released on a $1,000 cash surety bond and will appear in court on April 21.

Mikaela Puzzo, 19, was described as “less than cooperative,” decided to throw “a can of alcoholic beverage striking a Trooper in the back,” the press release states. The trooper was not hurt, but the alleged action was enough to arrest Puzzo. She was taken into custody without further incident. Puzzo is charged with disorderly conduct and possession of alcohol by a minor. She was also released on a $1,000 bond and will appear in court on April 14.

A second homeowner, Thomas Bartolotta, 20, “assisted with facilitating sober rides for his guests,” the state police said. He was issued a written infraction for violating the governor’s COVID-19 executive orders.

According to an executive order issued September 15, 2020, “[a]ny person or business entity who organizes, hosts, or sponsors a gathering that violates the gathering size restrictions . . . shall be guilty of a violation and fined five-hundred dollars.”

The executive order states that the Department of Economic and Community Development (DECD) has the power to set the actual numbers which cap the sizes of various gatherings. According to the agency’s current rules, “[p]rivate, [s]ocial, and [r]ecreational gathering[s]” such as “weddings” and “parties” are capped at 25 people for indoor events and 100 people for outdoor events.

“Face masks and social distancing required,” the DECD states. “Capacity count does not include event staff.”

[mugshots via the Connecticut State Police]