A Mississippi Church Sued Over Coronavirus Restrictions and Won. A Few Weeks Later It Was Burned to the Ground. 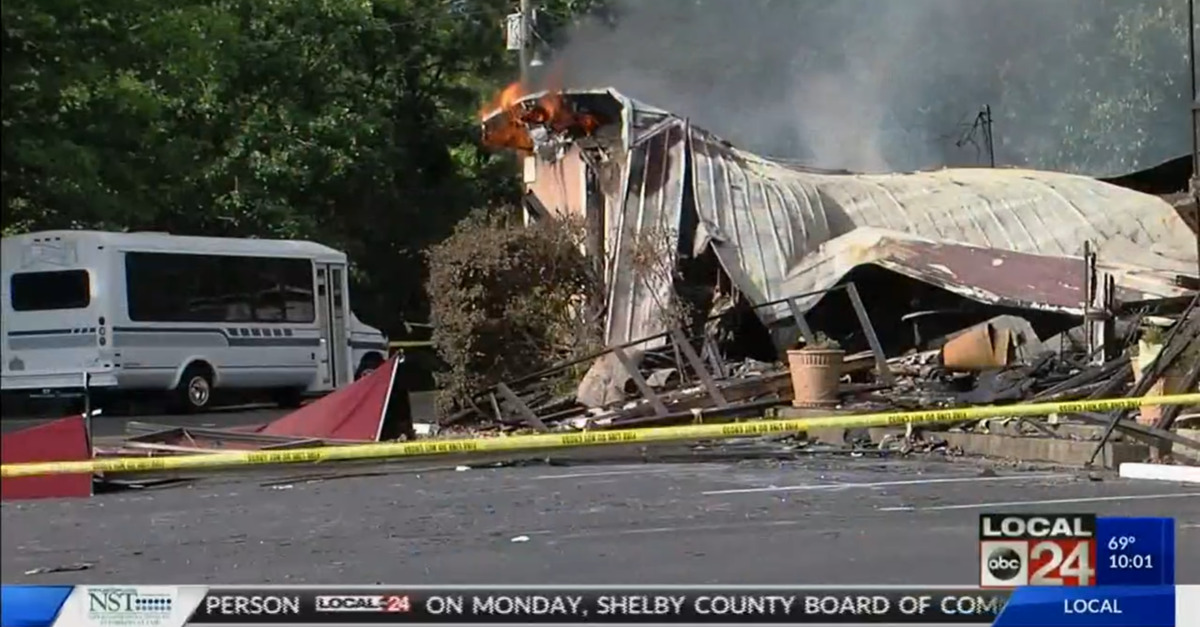 The First Pentecostal Church in Holly Springs, Mississippi burned down following an explosion on Wednesday. Investigators believe the hours-long conflagration was caused by arson.

In April, the church sued to reopen amidst the novel coronavirus (COVID-19) pandemic and competing closure orders.

The federal lawsuit was filed after local law enforcement broke up an Easter worship service and a bible study meeting within the span of two weeks earlier that same month.

“These were outrageous violations of these parishioners’ rights,” the Thomas More Society‘s Senior Counsel Stephen Crampton said in a statement released to the Christian Post. “On both occasions, Holly Springs law enforcement personnel ignored the fact that all church members present were practicing social distancing and complying with all applicable health requirements.”

“Clearly, the state order preempts the municipal order, which was selectively and prejudicially enforced against the church,” Crampton added. “The local Walmart store routinely houses gatherings of dozens and dozens of people, as does the Cash Savers store and the Dollar Tree store, yet Defendant has taken no action whatsoever against any of these entities.”

A federal judge quickly put the kibosh on the apparently differential treatment granted by the municipality to the church and high-powered corporate outposts.

U.S. District Judge for the Northern District of Mississippi Michael P. Mills issued an order in late April acknowledging “that the First Amendment guarantee of the Free Exercise of religion is one of the most important ones set forth in the Bill of Rights, and, without question, it grants the Church, in this case, the right to assert certain rights which, say, a barbershop would have no right to assert.”

“Holly Springs made a rather poor decision to draft an ordinance which simply grouped ‘churches’ together with other ‘non-essential’ businesses such as ‘barber shops,’ ‘restaurants’ and ‘liquor stores,” Mills also noted in his ruling that relied upon the First and 14th Amendments–adding that the municipality’s “vague prohibition of ‘any gathering’” was “problematic.”

The upshot of that decision was that First Pentecostal would be allowed to hold drive-in services for the foreseeable future.

But the judge’s patience with the parishioners quickly wore thin.

Apparently emboldened by the earlier ruling, the church’s legal team pressed on–filing a motion for an injunction that would allow in-person services. This time, however, their efforts were rubbished by the exact same court and judge after video surfaced of the congregation crowding into a nearby Walmart.

“This court has serious concerns that plaintiff has been proceeding in an excessively reckless and cavalier manner and with insufficient respect for the enormity of the health crisis which the COVID-19 pandemic presents,”Judge Mills wrote in mid May.

“No pretense was given that the church members were actually shopping during the visit, and they apparently were comfortable in subjecting actual shoppers with potential exposure to a deadly virus merely to make a point in this litigation,” he added.

The opinion went even further–accusing the plaintiffs of scandal-searching brinkmanship:

[The court] frankly suspects that plaintiff’s members regard this controversy as a game of sorts and enjoy the publicity attendant to it,” he wrote. “This court’s suspicions on this point are strengthened by the manner in which plaintiff has sought to move the goalposts in this litigation after the City moved quickly to meet its initial request to hold drive-in services.

The injunction was denied and legal wrangling had not progressed at the time of the suspicious fire.