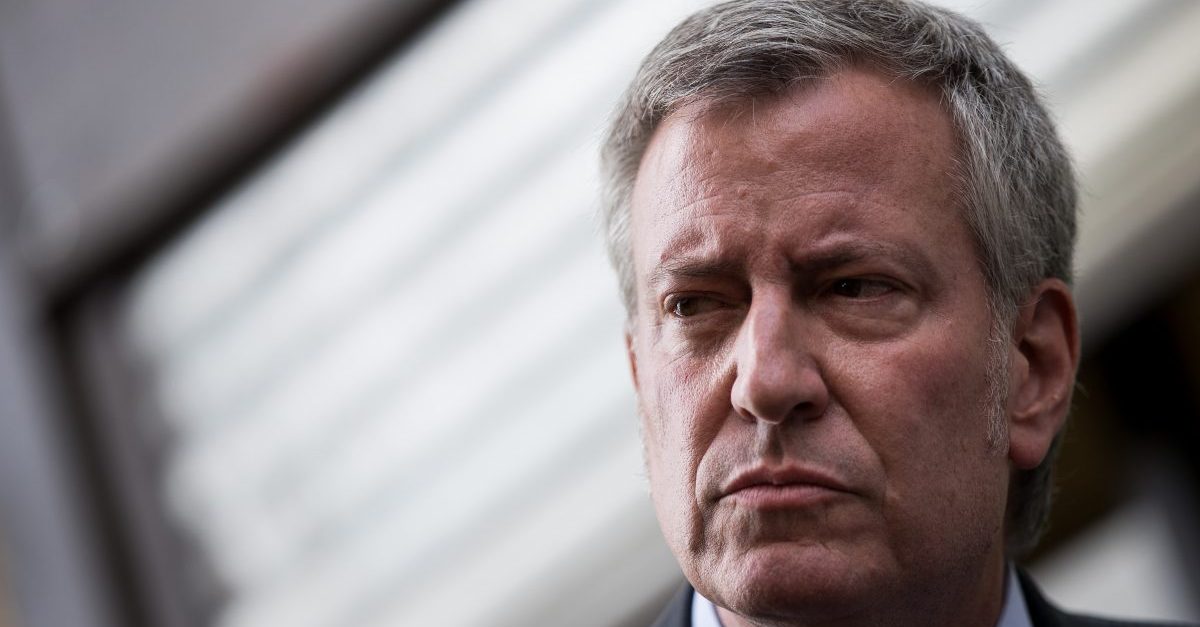 De Blasio unleashed his lawsuit against Big Oil a little more than three years ago, with high hopes of creating an environmental analogue to the litigation that reformed the tobacco industry.

After a Pulitzer-nominated investigative journalism series exposed how public messaging by oil companies on climate contradicted their private understanding of the crisis, the fallout for the courts was swift. The environmental movement became animated by the hashtag slogan #ExxonKnew, and New York City joined the state and local governments across the country filing suit, in complaints that largely struggled to gain traction.

At every stage of de Blasio’s litigation, judges came back with the same message—that redressing the problem was not within their purview.

But, just as a lower court ruled some three years ago, the panel found it is not a matter that can be solved through litigation.

“Climate change is a fact of life, as is not contested by defendants,” U.S. District Judge John Keenan, a Reagan appointee, wrote in July 2018. “But the serious problems caused thereby are not for the judiciary to ameliorate. Global warming and solutions thereto must be addressed by the two other branches of government.”

“First, global warming is a uniquely international concern that touches upon issues of federalism and foreign policy. As a result, it calls for the application of federal common law, not state law,” the panel found. “Second, the Clean Air Act grants the Environmental Protection Agency – not federal courts – the authority to regulate domestic greenhouse gas emissions. Federal common law actions concerning such emissions are therefore displaced. Lastly, while the Clean Air Act has nothing to say about regulating foreign emissions, judicial caution and foreign policy concerns counsel against permitting such claims to proceed under federal common law absent congressional direction.”

Signed into law by Lyndon B. Johnson in 1963, the Clean Air Act was amended in subsequent years in ways the Second Circuit found sank the city’s suit. The landmark statute, seen as the nation’s first environmental law, gave the Environmental Protection Agency regulatory power as amended in 1970.

“The Clean Air Act gives states a much more limited role in regulating pollution sources beyond their borders. Indeed, it often limits states to commenting on proposed EPA rules or on another state’s emission plan,” the Second Circuit ruling states.

“But global warming—as its name suggests—is a global problem that the United States cannot confront alone,” it continues, pointing to international agreements like the Paris Climate Accords.

“We’re disappointed that the Second Circuit has denied the City its day in court to hold these companies accountable for the environmental damage they knew their products would cause,” Paolucci wrote in a statement. “However, our work to protect New Yorkers from the devastating impacts of climate change and hold bad actors accountable, is not over.”

Chevron’s lawyer Ted Boutrous, from the firm Gibson Dunn, wrote that the unanimous court “exposes—and correctly rejects—the sleight-of-hand that the plaintiffs have presented to the courts, in which they seek a money judgment based on worldwide emissions that they attribute to the defendants’ lawful energy-producing activities at the same time that they pretend they are not trying to regulate the energy industry.”

“As the Second Circuit found, plaintiffs in these baseless cases cannot use ‘artful pleading’ to escape the fact their claims are federal in nature and legally barred,” Boutrous said.

Update—April 1 at 9:31 p.m. CT: This story has been updated to include statements from Chevron’s lawyers.