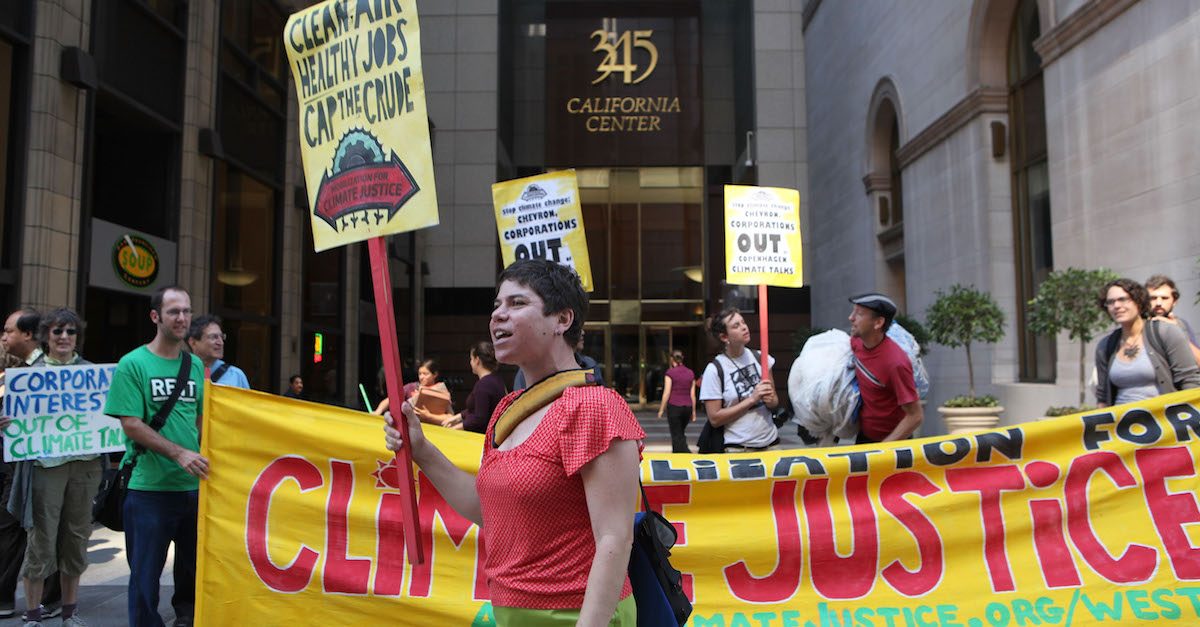 A federal judge raised some eyebrows on Thursday when he dismissed New York City’s climate change lawsuit with prejudice, leaving the case dead in the water.

U.S. District Judge John F. Keenan, an 89-year-old Ronald Reagan appointee in the Southern District of New York (SDNY), decided on Thursday that this issue was not for him to decide.

The City of New York filed suit in January 2018 against BP P.L.C., Chevron Corporation, ConocoPhillips, Exxon Mobil Corporation, and Royal Dutch Shell, PC, alleging these companies “produced, marketed, and sold massive quantities of fossil fuels” even though they knew they were causing “grave harm.” According the the court documents, New York City specifically claimed three causes of action against the named defendants: public nuisance, private nuisance, and trespass. It has been noticed already that Keenan agreed in his dismissal that climate change is caused by burning of fossil fuels.

This is the Keenan paragraph that’s been getting attention:

Climate science clearly demonstrates that the burning of fossil fuels is the primary cause of climate change.When combusted, fossil fuels emit greenhouse gases, including carbon dioxide, the “largest contribut[or]” to climate change of any source. Additionally, one of Defendants’ primary fossil fuel products, natural gas, is composed of methane, which is the second largest greenhouse gas contributor to global warming. Global warming, or the gradual heating of the Earth’s surface and atmosphere caused by accumulation of greenhouse gas pollution in the atmosphere, has led to hotter temperatures, longer and more severe heat waves, extreme precipitation events including heavy downpours, rising sea levels, and other severe and irreversible harms. The City alleges that, through their production and sale of fossil fuel products, Defendants have contributed to the temperature increases and global-warming-induced sea-level rise affecting New York City.

What, you ask, a judge acknowledged climate change science but did nothing to stop the damage? Here’s why Keenan ruled the way he did.

Keenan said that New York City’s claims “interfere with separation of powers and foreign policy.” The judge wrote that although the plaintiff had alleged that these powerhouse companies were “liable” for global emissions, such claims “implicate countless foreign governments and their laws and policies.”

He said, therefore, that this “type of claim is the subject of international agreements, including—although the United States has expressed its intent to withdraw—the Paris Climate Accords.”

President Donald Trump, you may recall, announced that the U.S. would withdraw from the Paris deal in June 2017.

Keenan said that while climate change is an “immense and complicated problem,” it is not one that would be solved in his courtroom.

“The Court recognizes that the City, and many other governmental entities around the United States and in other nations, will be forced to grapple with the harmful impacts of climate change in the coming decades. However, the immense and complicated problem of global warming requires a comprehensive solution that weighs the global benefits of fossil fuel use with the gravity of the impending harms,” he said.

Keenan added that to litigate on the matter would “severely” infringe upon U.S. foreign policy decision-making that belongs to the other branches of government.

“Climate change is a fact of life, as is not contested by Defendants. But the serious problems caused thereby are not for the judiciary to ameliorate. Global warming and solutions thereto must be addressed by the two other branches of government,” he said.

Keenan then dismissed the case with prejudice.

As Courthouse News noted, the dismissal is consistent with how this has been adjudicated elsewhere.

Chevron attorney Ted Boutrous argued effectively in June at the SDNY that this was not a matter for the courts to decide. Judge Keenan picked up on his line of argument and asked, “What you’re saying is that it’s for the legislature, not the judiciary?”

The ball is now in the courts of the legislative and executive branches on this issue.