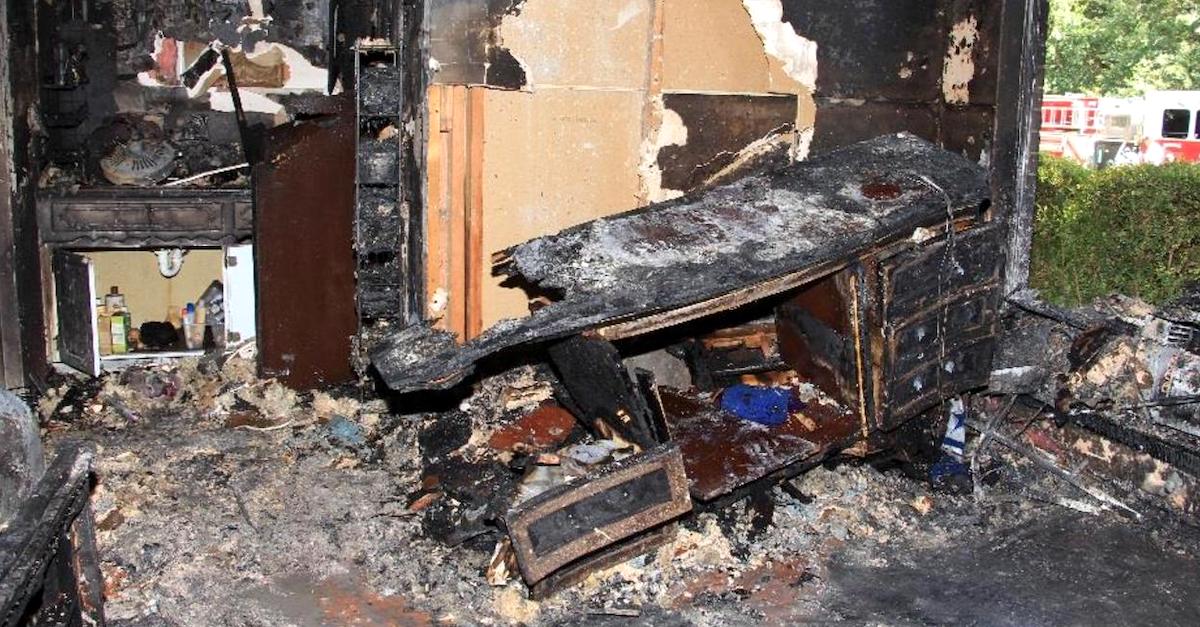 The full U.S. Court of Appeals for the Fifth Circuit recently affirmed immunity for two police officers who tased a gasoline-soaked suicidal man, setting him on fire and burning him to death in the process.

The case is Ramirez v. Guadarrama, and the facts are not for the faint of heart. Two police officers responded to a 911 call that Gabriel Eduardo Olivas was suicidal. When Officer Jeremias Guadarrama and Sergeant Ebony Jefferson arrived on the scene, Olivas had doused himself with gasoline and was threatening to burn the house down while other people were inside. Despite warmings from another officer on the scene, Officer Guadarrama tased Olivas; as expected, Olivas burst into flames. Olivas died from his injuries, and the house burned to the ground. The other inhabitants escaped.

Olivas’s widow and son sued. Guadarrama and Jefferson argued that they were immune from the lawsuit. The district court denied the officers’ requests for immunity, but a panel of judges on the Fifth Circuit reversed, holding in favor of the police. On Friday, the full Fifth Circuit voted 13-4 to deny a rehearing, ending the plaintiffs’ case absent intervention by the U.S. Supreme Court.

Let’s just have a quick recap of the federal laws relevant to police misconduct. First, we have 42 U.S.C. § 1983. This is the statute that allows private individuals to sue government officials for money damages when, acting in their official capacity, the government officials have violated the individuals’ civil rights. Civil rights violations can take many forms, including things ranging from improper detention to physical injury to death.

Then, we’ve got “qualified immunity,” which isn’t a statutory law; rather, it’s a court-created legal doctrine. Its point is to limit civil lawsuits, particularly against the police, to ensure that law enforcement officers aren’t so overburdened by fear of civil liability that they’re unable to do their jobs properly. Qualified immunity provides immunity to § 1983 defendants in cases where the right they are accused of violating is not a “clearly established right.” In other words, we don’t want creative lawyers dreaming up civil rights lawsuits in contexts police officers couldn’t possibly have predicted. The “right” a § 1983 plaintiff seeks to have redressed must either be written into federal law or must have been specifically found to be a “right” by a court of law; otherwise, the defendant official is immune from liability.

Qualified immunity has long been a controversial doctrine, not only because it was created by courts, but also because it can lead to results widely considered unfair. Furthermore, opposition to qualified immunity transcends the usual political lines. Just last week, Supreme Court Justice Clarence Thomas penned a statement urging his fellow justices to rethink qualified immunity — a sentiment Thomas has raised several times in recent years.

Donald Trump-appointed judge Don R. Willett authored a vehement dissent in the instant 5th Circuit case.  It was joined by Judges James E. Graves Jr. and Stephen A. Higginson, both of whom are Barack Obama appointees.

Disagreeing with the Fifth Circuit’s refusal to rehear Ramirez v. Guadarrama, the dissent slammed the majority not only for issuing a grossly unfair ruling, but also for ignoring signals that have been coming down from SCOTUS on the issue of qualified immunity.

“By giving a premature pass to egregious behavior,” he continued, “we have provided the Supreme Court yet another message-sending opportunity.”

Willett went on, explaining that the court’s responsibility at this preliminary stage is to take the facts as the plaintiffs have pleaded them. Discovery may well prove that the officers did act appropriately, but that discovery should be allowed to take place.

Willett noted that Guadarrama and Jefferson “were affirmatively warned by . . . their fellow officer, right then and there” that “If we tase him, he’s going to light on fire!”  He also noted that the officers “had recently been trained on the fiery consequences of deploying tasers in the presence of gasoline.”

Therefore, Willett was more than skeptical about the majority’s take on the officers’ reasonableness.

“But we have stumbled through the looking glass when we conclude — as a matter of constitutional law at the motion-to-dismiss stage — that government officials can burn someone alive and not even be troubled with discovery,” he opined.

Concurring with the court’s denial of rehearing, Circuit Judge E. Grady Jolly, a Reagan appointee, contrarily wrote that the call on qualified immunity had been an easy one.

“[W]e cannot quarterback from our Delphic shrines, three years later, the split-second decision-making required of these officers in response to a suicidal man,” Jolly wrote.

The facts of the case weren’t, explained Jolly, did not clearly make out the story of officers who burned Olivas alive for no reason. Rather, the officer defendants were involved in “intense, fast-moving, and incredibly dangerous circumstances” in which they had “no good choices.”

Swiping that the four judges who voted in favor of rehearing simply got it wrong, Jolly quipped that “[p]erhaps the dissent would like another opportunity to look at and try to understand the record.”

Trump-appointee James C. Ho also penned a concurrence. Calling Olivas’ death “tragic,” Ho reasoned that the police were entitled to immunity simply because “there was no reasonable alternative course of action that the officers could have taken instead to protect innocent lives.” Ho doubled-down on qualified immunity, slamming the dissenters’ take that the case presented “obvious conscience-shocking” behavior that warranted its moving forward to the discovery phase. Judge Ho wrote:

If the only way to know what the Constitution requires is to consult lawyers and conduct discovery, what message does that send to police officers? What are they supposed to do in extremely dangerous situations such as this? What are the rules of engagement they can follow, so they know how to protect innocent people from violent criminals, while avoiding a career-ending lawsuit? The dissent has no answer.

Judge Jerry Edwin Smith, a Ronald Reagan appointee, dissented with his own brief statement. Unlike the three other dissenters, Smith said Ramirez v. Guadarrama bore an “uncanny resemblance” to another recent Fifth Circuit case.  He said the new case was “the ideal vehicle for the court to modify or overrule” the previous case “before it achieves immortality in this court’s jurisprudence.”  But he said that the “panel reached the right result” in the end with regards to the new case.