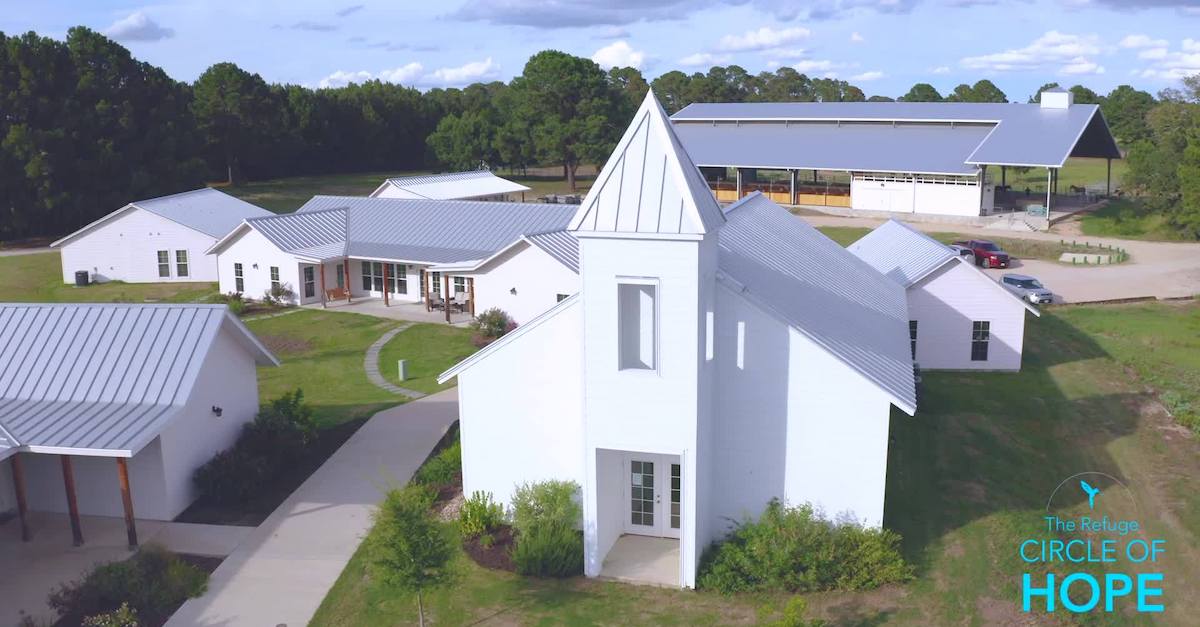 Young girls who were in a Texas Department of Family and Protective Services-contracted shelter for domestic minor sex trafficking survivors were abused and trafficked again by staffers at that very shelter, according to a report Thursday by the Texas Tribune.

The Refuge Ranch is located on a 50-acre property in Bastrop, Tex., about 30 miles east of the state’s capital city, Austin. It’s operated by a nonprofit organization called The Refuge for DMST™ (short for “Domestic Minor Sex Trafficking”), and their website describes how the girls are provided with “trauma-informed, holistic care” that includes education through a University of Texas-run charter school, medical care, psychiatric services, and other “various therapeutic programs uniquely designed for the development of a child survivor.” The website also lists numerous “partners” that include corporate donors, churches and other non-profits, and government partners like the Bastrop County Sheriff’s Office and the Office of the Governor of Texas, Gov. Greg Abbott (R-TX).

The Refuge Ranch “is the largest long-term, live-in rehabilitation facility for child survivors of sex trafficking in the United States,” the website says.

It’s also the place where seven girls, ranging in age from 11 to 17 years old, were allegedly abused by a stunning total of nine Refuge employees — and were not removed from the facility for over a month after the abuse was first reported.

According to the Texas Tribune, a current Refuge employee reported to state authorities on Jan. 24 that these children “were sexually and physically abused and suffered from neglectful supervision and medical neglect” at the facility — but the court and the foster care system monitors appointed by the judge were not notified until Thursday.

Judge Janis Graham Jack of the U.S. District Court for the Southern District of Texas called an emergency court hearing that same day. Jack is the same judge who presided over a class action lawsuit against Texas DFPS, finding the state’s foster care system unconstitutional in 2015 and imposing fines and ordering substantial reforms, including the appointment of a team of monitors meant to oversee compliance with her orders.

At one point in 2019 Jack threatened to throw state officials in jail and fined the state $50,000 per day for failing to provide around-the-clock supervision to children in large group homes. Multiple foster care facilities were closed, according to the San Antonio Express-News, because even the DFPS commissioner admitted they had been “unsafe for decades.” The problems are ongoing; court monitors reported at least 23 children died while in the care of foster care shelters and facilities licensed by the Texas government during a period from summer 2019 to May 2021.

At the hearing Thursday, Jack examined a letter sent earlier in the day from DFPS that notified the court about the Refuge employee’s Jan. 24 report that a former staffer had allegedly coerced two of the girls into taking nude photographs, and then sold the photos and used the money to buy alcohol and illegal drugs that were given to children at The Refuge.

DFPS associate commissioner for child protective investigation Rich Richman told the court that investigators believed the alleged abuser had been fired and no longer had access to the children, as an explanation for why the children weren’t immediately removed.

It appears, however, that the problem was not isolated to just one single staff member nor just the incident of the photographs. DFPS’s letter described nine staff members believed to be involved in allegedly abusing a total of seven girls at The Refuge, with the reports of abuse coming over eight separate phone calls to the state’s reporting hotline.

Moreover, not only were some of these other staff members accused of abuse still employed at The Refuge, “many of them were related to one another by blood or marriage and/or were cohabiting,” according to the DFPS letter.

Judge Jack excoriated DFPS for not acting quicker to respond to the initial report of abuse and even more so for not immediately removing the children from the Refuge’s custody, which she described as an additional failure of the system, according to the Austin American-Statesman report on the hearing.

“This is appalling and is a disregard of these children,” said Jack. “And we had to wait for eight calls to come in before we took already trafficked children out this situation. This is a system that remains broken.”

According to the local Austin NBC affiliate KXAN, on March 4, DFPS learned that the facility’s residential care director, Courtney Trujillo, “appeared to have known of the alleged sexual abuse.” On March 8, this Wednesday, DFPS put a hold on The Refuge and deployed Child Protective Services staff and off-duty law enforcement officers to the facility to supervise the removal and transfer to other facilities of all 11 of the children who were in their custody. This was completed at some point on March 9.

“Has the governor seen it?” Jack asked about the DFPS letter, but got no response.

Later Thursday evening, around 8:30 p.m. CT, Abbott released a statement calling the reports of abuse at The Refuge “abhorrent,” and ordering an immediate investigation by the Texas Rangers.

“Child abuse of any kind won’t be tolerated in the state of Texas,” Abbott’s statement continued, “and we are committed to ensuring these despicable perpetrators are brought to justice and punished to the fullest extent of the law. No child should ever suffer the atrocities of trafficking. I expect a thorough and prompt investigation by the Texas Rangers into these horrific crimes.”

Ordering an immediate investigation by the Texas Rangers into reports of child sex trafficking at a state-contracted shelter for children.

One suspect has been arrested so far, and other arrests are expected, but none of the suspects’ names have been released yet.

Past investigations by KXAN have reported multiple issues with employee background checks at The Refuge, including one employee who worked almost six months without an active background check, another that had only a provisional background check with the specific condition to “not be left alone with a child or group of children,” plus several record keeping compliance problems.

The Refuge for DMST posted a statement on their Facebook page Thursday evening confirming the investigation of “a former employee of The Refuge” by the Bastrop County Sheriff’s Office. “Out of an abundance of caution, all the youth in our care have been placed in alternative care until this is all resolved,” they wrote. “We understand and respect the decision of DFPS.”

The statement also said that the employee who was the subject of the initial accusation had been terminated and that they were “fully cooperating with authorities.”