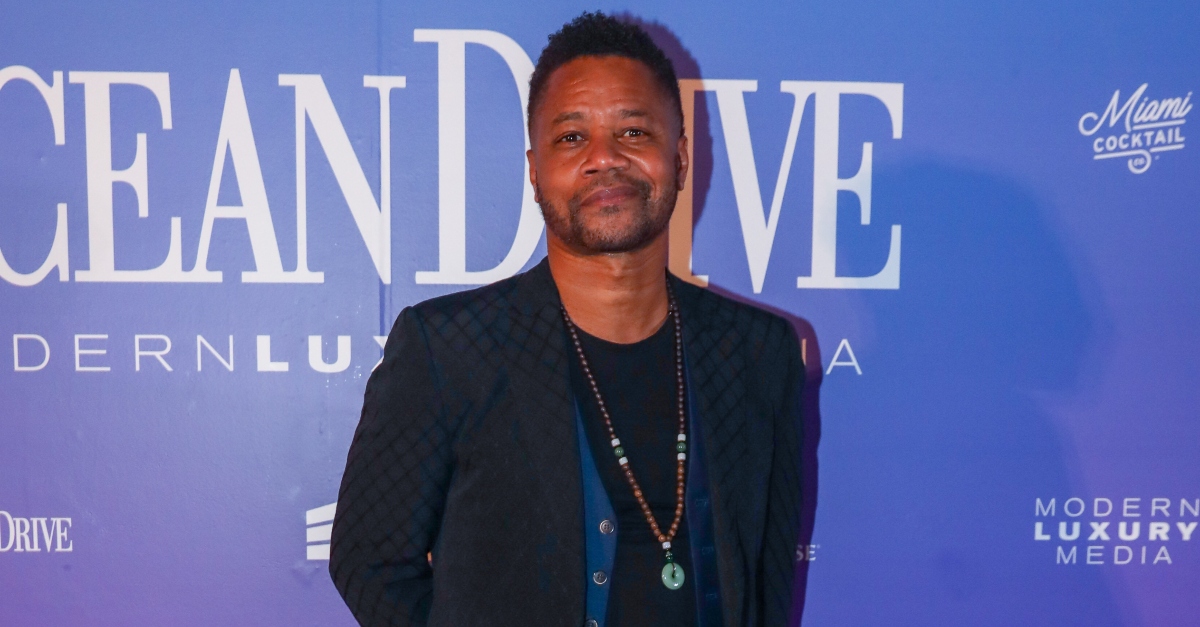 Actor Cuba Gooding Jr. avoided jail time in a sexual abuse case on Thursday due to a plea deal that will “erase any criminal record,” said the celebrity attorney representing a victim in the case.

Gooding pleaded guilty to a harassment violation in Manhattan Criminal Court and withdrew an earlier guilty plea he’d entered to misdemeanor forcible touching. He was allowed to do so under an April plea agreement that required him to complete six more months of private therapy for “alcohol and behavior modification” and have no new arrests. He faced up to a year in jail if he didn’t comply, but a judge determined today he’d met all requirements sentenced him to time served.

The case involved three women, one of whom told Judge Curtis Farber today that Gooding’s deal “feels like a misstep.”

“After three long years of trying to hold Mr. Gooding Jr. accountable for forcibly touching my breast without my consent — having my day in court taken from me is more devastating than words can convey,” Kelsey Harbert said. “Nonetheless, all I can do now is speak about how Mr. Gooding’s actions impacted me and continue to impact me to this day.”

Harbert provided a copy of her remarks to a reporters after a Zoom press conference with her lawyer, Gloria Allred, who said allowing Gooding “to avoid trial and erase any criminal record is an insult to many of his accusers, and in my opinion, it appears to be a prosecutorial gift to a celebrity who is undeserving of such an outcome.”

“Many accusers who invested their time and reached out to law enforcement because they wanted to assist in the cause of justice and were willing to testify, do not deserve to have been treated in such a cold, callous, and insulting manner,” Allred said. “They had faith in the system of justice, but now to their great disappointment find that there is no justice for them.”

Harbert said Gooding grabbed one of her breasts “within the first 10 seconds of meeting me” at the Magic Hour bar atop the Moxy NYC Times Square hotel on June 9, 2019. She said in court today that she recognized him from the movie Snow Dogs, “which I had on VHS as a kid,” according to her written statement.

Allred said Gooding admitted the contact was nonconsensual during a hearing in April and apologized to Harbert. She said today that Gooding’s deal appears to have been based on “who he is.”

The DA’s Office couldn’t immediately be reached for comment Thursday, but prosecutor Coleen Balbert said in April that the plea agreement was reached “after lengthy discussions between the defense, myself, and the complaining witnesses in this case.” She noted that the victims “will have the opportunity to have their voices heard,” whereas they wouldn’t have if Gooding had been convicted at trial because victim impact statements are allowed only for felony convictions.

Allred currently has a sexual abuse-related lawsuit pending against Gooding in the Southern District of New York on behalf of another woman.

Gooding won the Oscar for best supporting actor in 1997 for his role in Jerry McGuire, six years after becoming famous for Boyz in the Hood. In 2016, he played O.J. Simpson in the The People v. O.J. Simpson: American Crime Story TV series.