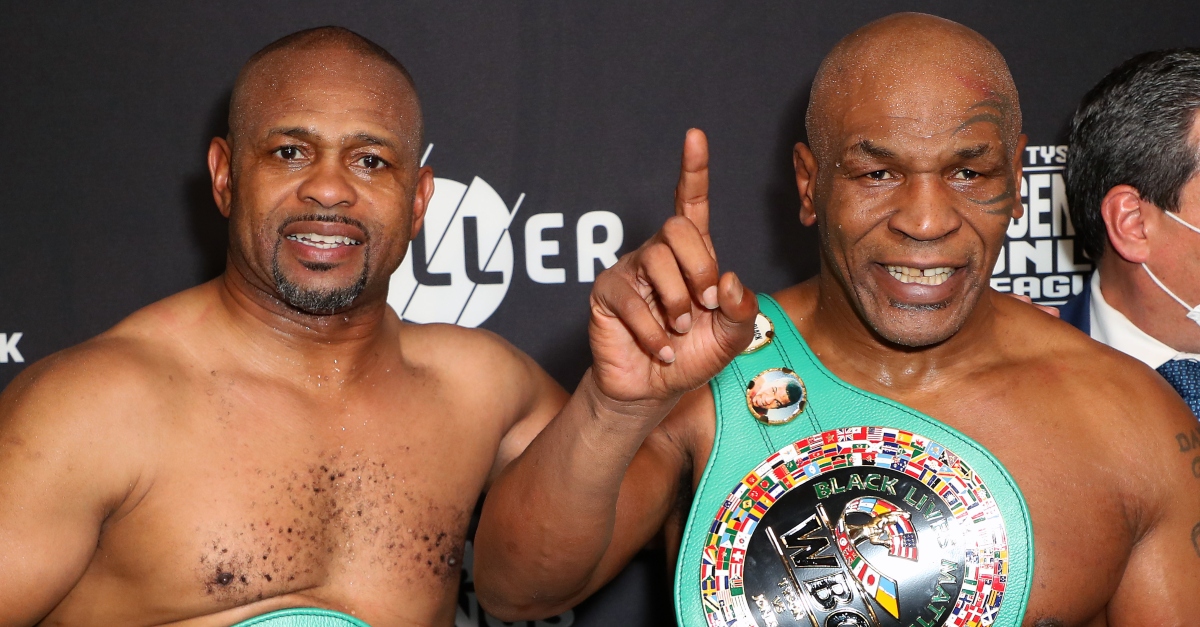 Former undisputed world heavyweight boxing champion Mike Tyson was easily one of the best, if not the best, professional fighters of all time. That reportedly did not stop a man who tried to pick a fight with the 54-year-old pugilist.

Tyson was leaving the Staples Center on Saturday after his exhibition brawl with fellow boxing icon Rox Jones Jr., 51, according to sources for TMZ. Some fans asked for autographs, and he obliged, but the man in question alleged called out to him. In this story, this individual demanded to know why Tyson would not fight him. Tyson reportedly joked that it wouldn’t end well for the man.

That was not idle boasting. Tyson’s professional career may have been famously uneven, but his exhibition bout with Jones attracted more attention thanks to training video, in which the 54-year-old “Iron Mike” was looking rather sharp.

Nonetheless, things reportedly got a little dicey in the incident on Saturday. The man in question allegedly took a swing at Tyson, then reached into his waistband. This was interpreted as him going for a weapon. None was pulled out, though. The boxer’s team intervened. The individual in question had allegedly tried to instigate at a prior signing.

The Los Angeles Police Department tells Law&Crime they are aware of the claim, but no report was taken.

The Tyson-Jones bout ended in a draw. It was a bonified dream match, but remarkably, overshadowed by cheeky commentary from rapper Snoop Dogg.

Snoop Dogg really described Mike Tyson vs. Roy Jones Jr. as “Two of my uncles fighting at the barbecue.” 😂 pic.twitter.com/XgJuHnQW7r

As part of the undercard, former NBA point guard Nate Robinson was knocked out by YouTuber Jake Paul.

“I ain’t never talk like that to nobody else again.” 🥊 pic.twitter.com/Z22Ef2e0ps

If you’ve never stepped inside a cage/ring, you don’t get to make fun of someone who got in there no matter the outcome.