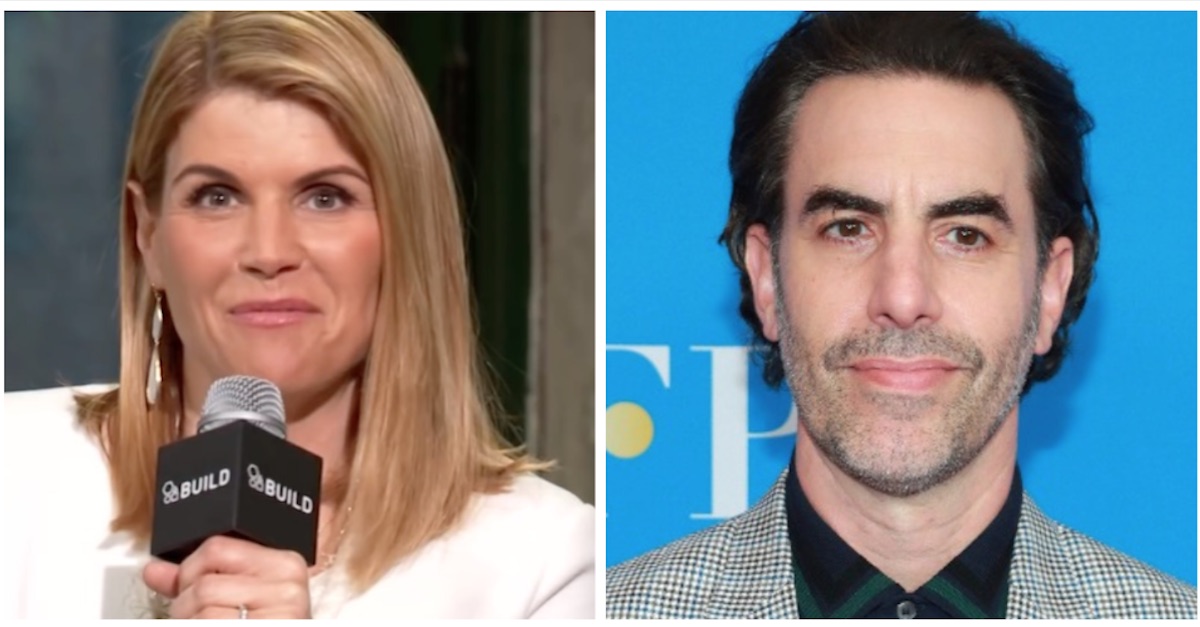 Comedian Sacha Baron Cohen on Wednesday referenced the college admissions scandal known as “Operation Varsity Blues” in a joke about the “rowing boat sat in by Lori Loughlin’s daughter.”

Cohen, who you may know for his roles in Borat and the political satire Who Is America?, reportedly spoke at the Hollywood Foreign Press Association’s Grants Banquet yesterday in Beverly Hills and joked that “exhibits from the world of fantasy” could be seen at the Smithsonian and Natural History Museums. What were included among these fantastical exhibits? “[T]he ruby-red slippers worn by Judy Garland, the claws worn by Hugh Jackman in X-Men and the rowing boat sat in by Lori Loughlin’s daughter.”

According to Us Weekly, the joke did not stop there, and only ended up eliciting more laughter from the audience. Cohen honed in on one cackling person in the crowd, suggesting that the laughter was a front to hide his underlying guilt.

“You seem to be laughing too hard, sir. How did your daughter get into Harvard?” Cohen joked.

Loughlin and Giannulli are, indeed, accused of of creating fake rowing profiles to get their daughters Isabella Giannulli and Olivia Jade Giannulli into USC, “agree[ing] to pay bribes totaling $500,000 in exchange for having their two daughters designated as recruits to the [University of Southern California (USC)] crew team–despite the fact that they did not participate in crew.”

The couple faces federal fraud and money laundering charges. They have pleaded not guilty. The initial complaint made public by federal prosecutors went into great detail about the rowing machine photos.

William “Rick” Singer (CW-1), the admitted mastermind of the scheme, says “I have the game plan ready to go into motion.” 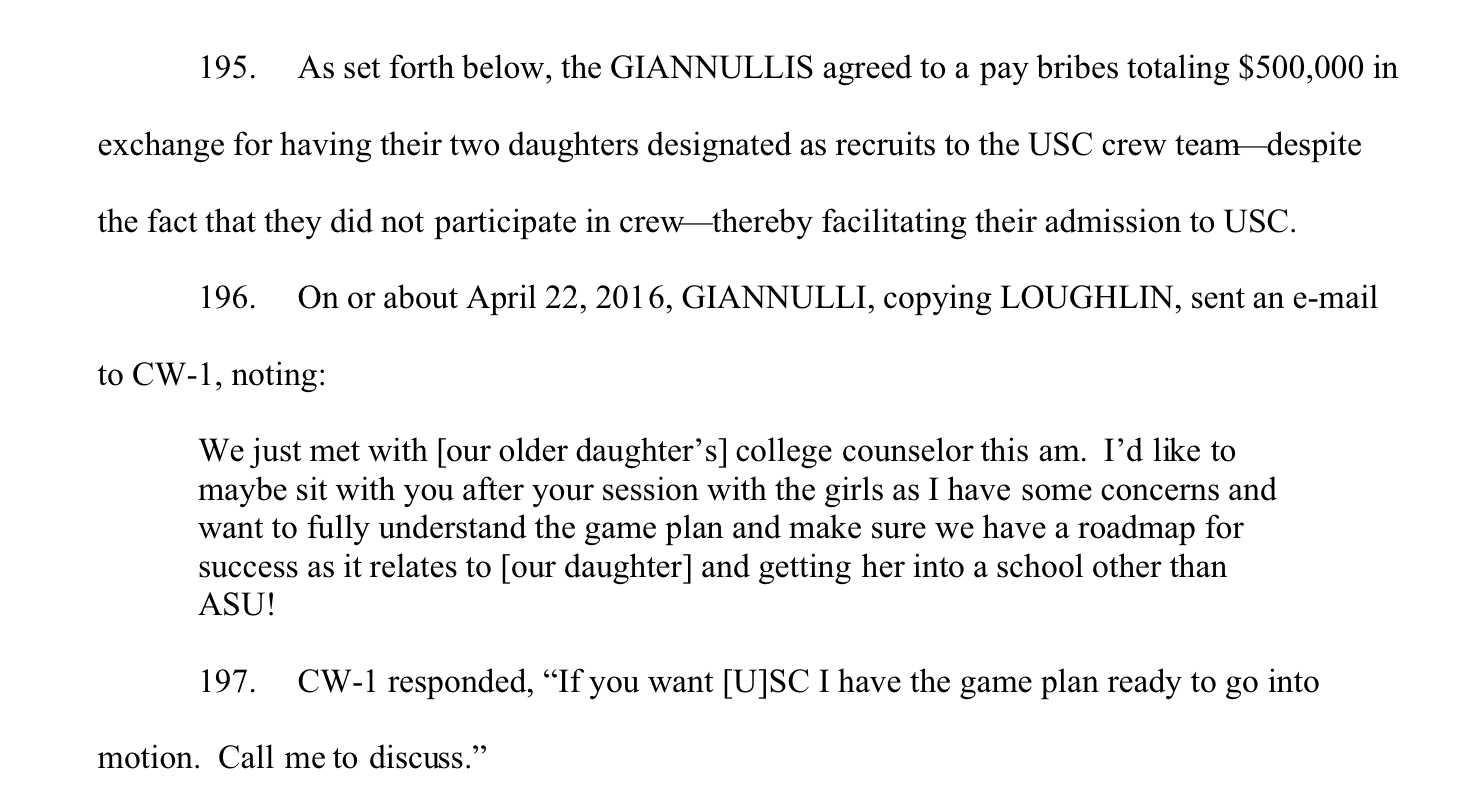 Mossimo Giannulli allegedly sent a photo to Singer via email of his older daughter (Isabella) on an ergometer. 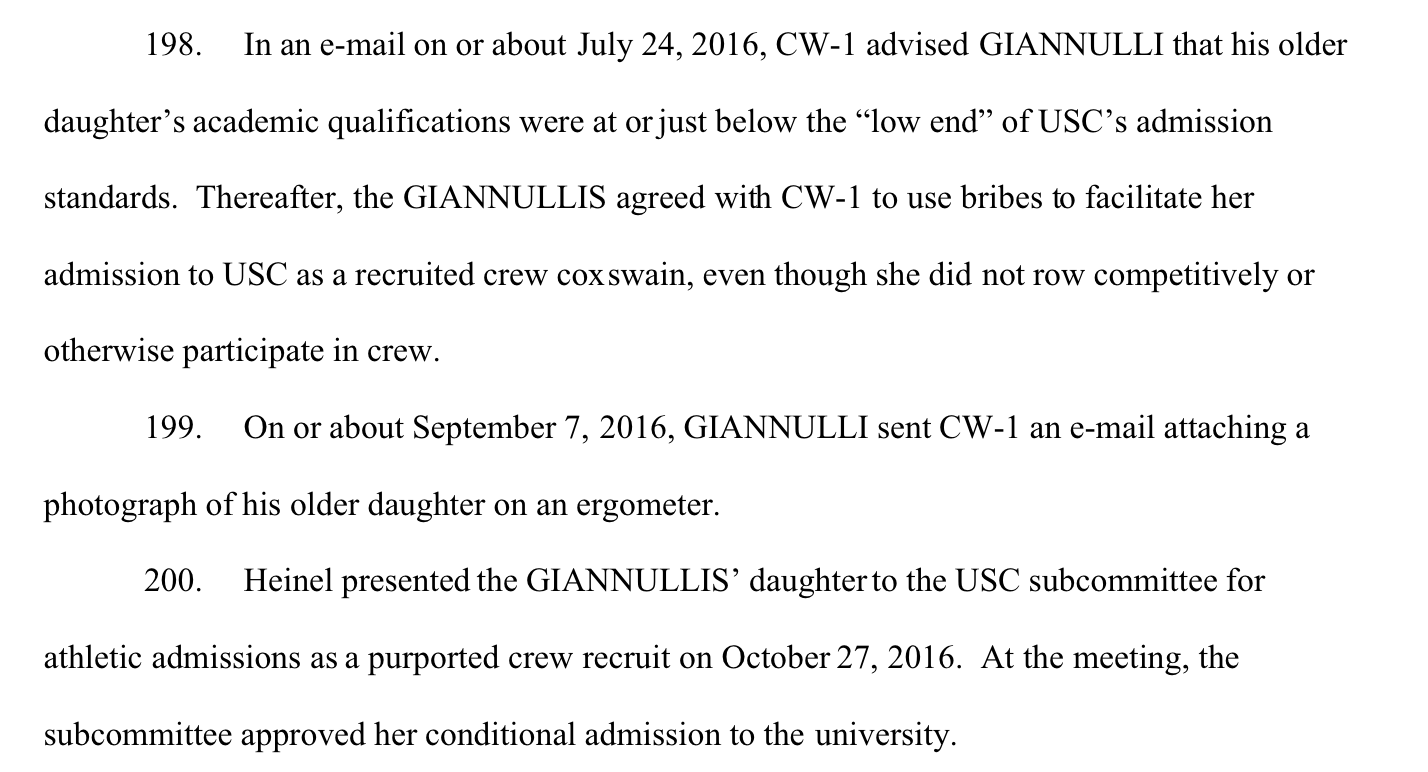 Prosecutors said the same thing was done for their younger daughter (Olivia Jade). Loughlin was copied on that email. 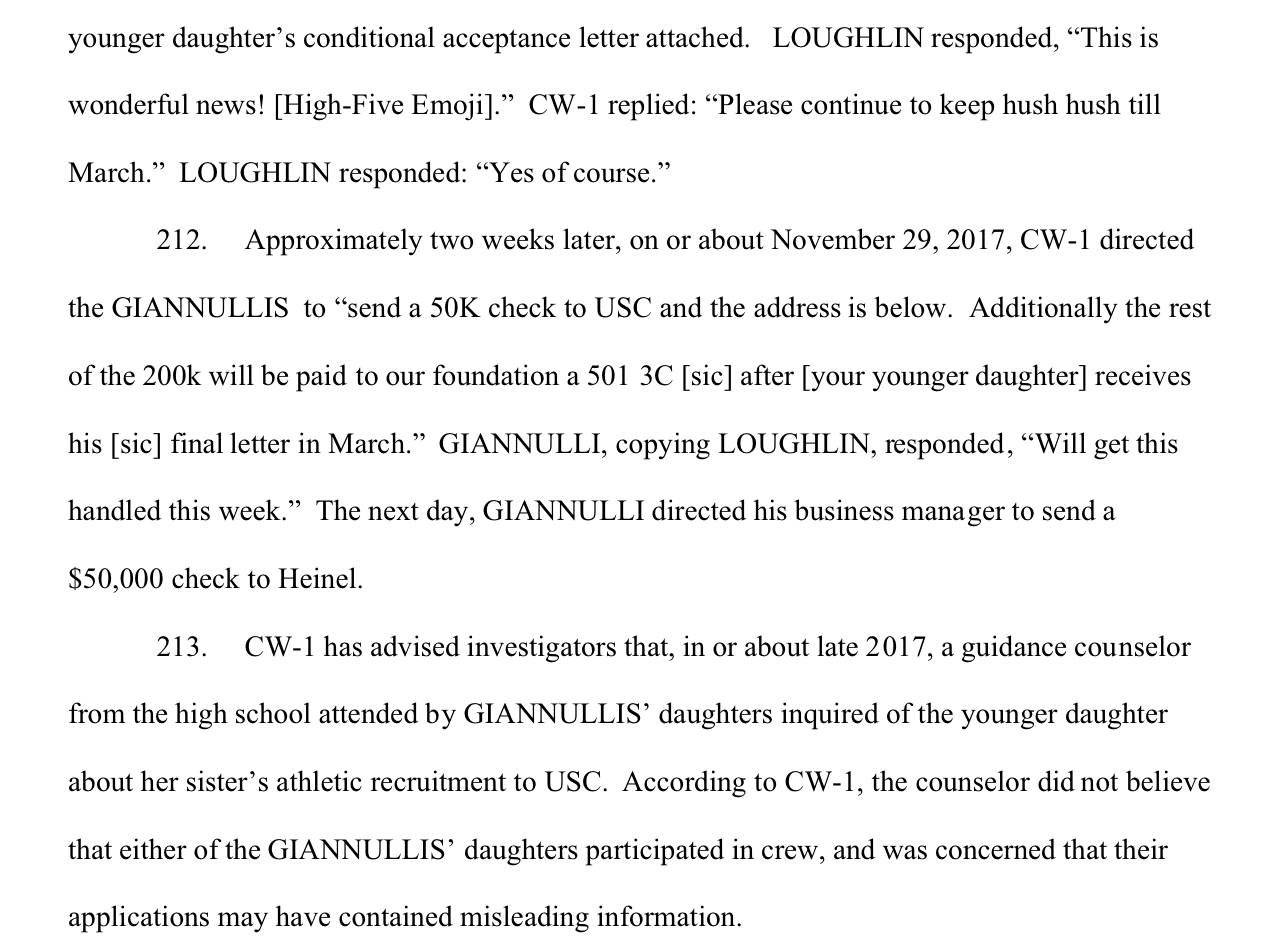