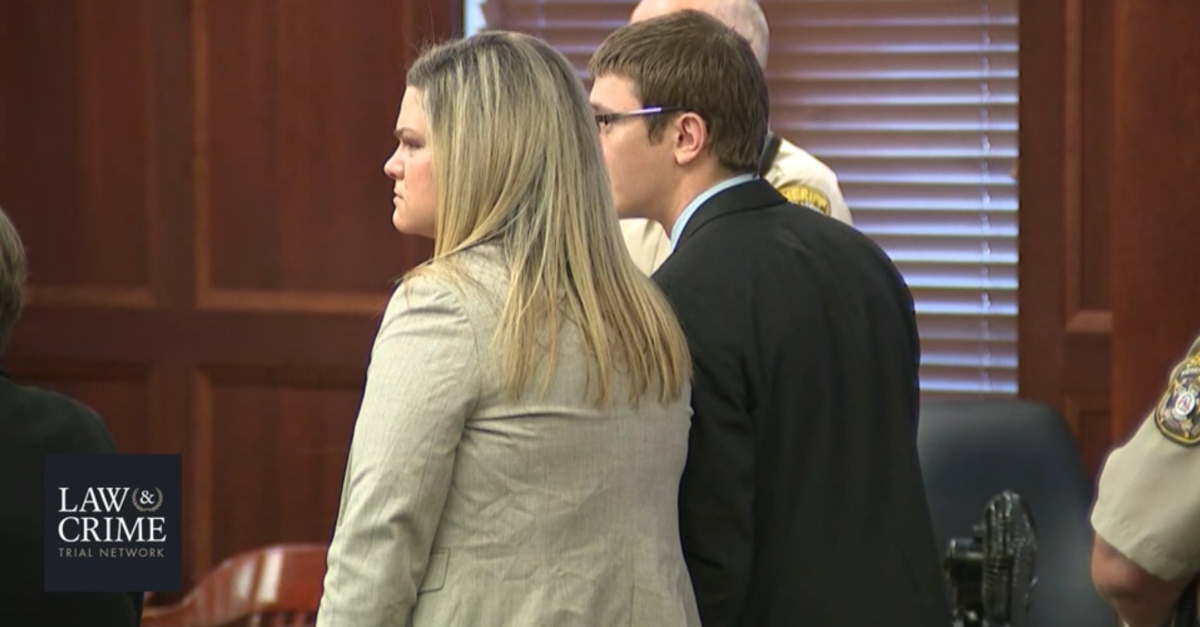 Georgia couple Jennifer and Joseph Rosenbaum were sentenced in the death of their 2-year-old foster daughter Laila Marie Daniel on Thursday.

#RosenbaumTrial – Jennifer Rosenbaum is sentenced to Life in prison plus 40 years. pic.twitter.com/MyQdpCY8Ix

#RosenbaumTrial – Joseph Rosenbaum is sentenced to 50 years with 30 years to be served in prison. pic.twitter.com/q1xXlvmQka

Daniel died November 17, 2015. The Rosenbaums claimed that she passed away from choking on a chicken bone, but authorities said the victim sustained numerous injuries. For example, her pancreas was split in two. Other injuries seemed to have been healed, suggesting that Laila was physically abused over a period of time, authorites said. The defense argued, however, that Daniel’s sustained her injuries as a result of a Heimlich maneuver and CPR gone wrong. Jennifer Rosenbaum was not trained in these procedures, they said.

The foster mother was charged as the primary abuser. Joseph Rosenbaum was accused of pretty much turning a blind eye.

#RosenbaumTrial – Jennifer and Joseph were convicted of many of the 49 charges. The bottom line is Jennifer faces Life on the Felony Murder. Joseph faces up to 30 years on 2nd-degree murder. They both face a lot of years on multiple cruelty to child, agg assault, agg battery pic.twitter.com/wi2iBbH79g

#RosenbaumTrial – Victim impact statement by Laila’s aunt. She asks the judge to sentence Jennifer and Joseph to life without parole. She said they loved Laila and they were going through the steps to get custody of Laila, “Jennifer didn’t go through the steps.” pic.twitter.com/lhHQLA0oB5