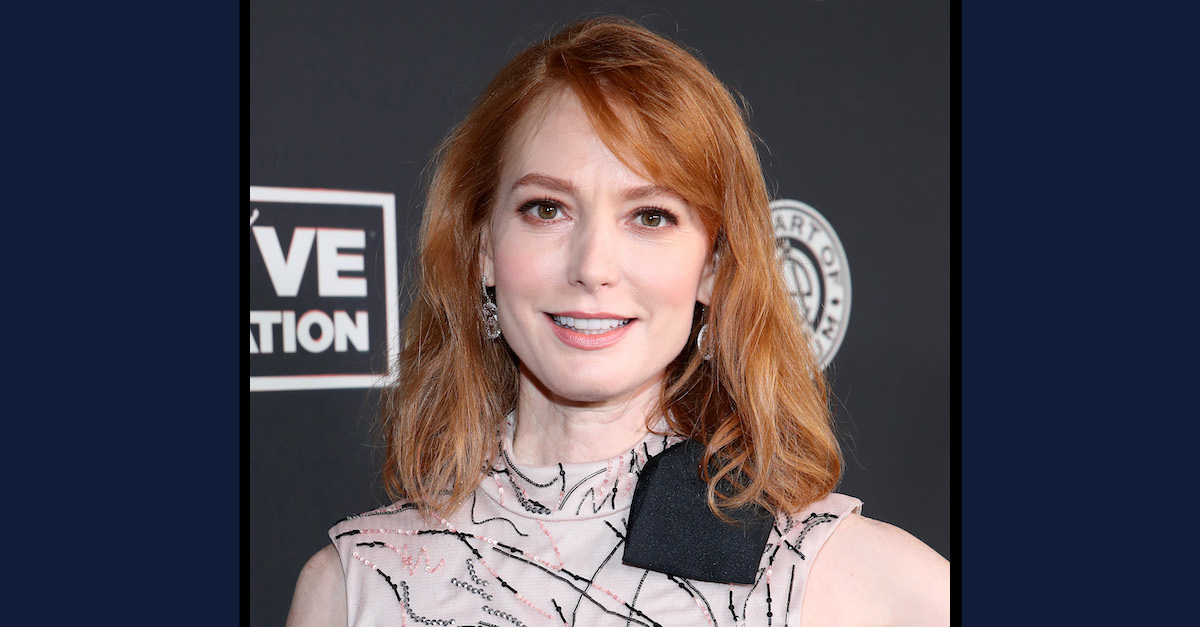 Alicia Witt attends an event on January 4, 2020 in Los Angeles. (Photo by Randy Shropshire/Getty Images for The Art of Elysium.)

The parents of actress Alicia Witt, who starred in several Hallmark Christmas movies, died this week in their Massachusetts home, according to local television and newspaper reports. Autopsies on the parents are pending to determine the cause of death, which remains a mystery, Boston ABC affiliate WCVB said.

Officers with the Worcester Police Department said they checked on the parents at their Sussex Lane home at 8:20 p.m. Monday, according to the reports. Robert Witt, 87, and Diane Witt, 75, were dead inside the home.

“There were no signs of foul play,” police said, according to WCVB. The local newspaper, the Worcester Telegram & Gazette, said police did not consider the deaths suspicious in any way.

The newspaper said the police were at the home at the request of a relative who needed assistance checking on the couple.

The actress said she asked a relative to check on her parents.

“After not hearing back from my parents for several days, I reached out to a cousin who lives close to my parents to check on them,” Witt said in a statement that has since been reported by People, the Telegram & Gazette, and the Associated Press. “Sadly, the outcome was unimaginable. I ask for some privacy at this time to grieve and to wrap my head around this turn of events, and this surreal loss.”

Police said the bodies showed no signs of trauma and no obvious cause of death, according to the Telegram & Gazette.

The newspaper, however, did cite the police as saying that “the couple had been experiencing furnace problems and were using a space heater.” But firefighters who responded to the scene “checked the air quality inside the home” and “found that no noxious gases were present,” the newspaper said.

“There were no air quality issues,” the police echoed, according to WCVB.

Citing neighbors, the newspaper said Mr. & Mrs. Witt may “have been ill for some time” and “were rarely seen outside the home.” A neighbor helped shovel snow and mow the lawn, but the couple otherwise “politely refused” help from others to maintain the property, the newspaper said. It also describe the home as having fallen “into disrepair.”

The state medical examiner is reportedly handling the autopsies.

Alicia Witt appeared in the films “Dune” (1984), “Twin Peaks” (1990), “Two Week’s Notice” (2002), “Last Holiday” (2006), and what Us Weekly called “a long list of Hallmark Channel movies.”  She has also appeared on television in “The Walking Dead,” “Friday Night Lights,” “Orange Is the New Black,” “Nashville,” “Law&Order,” and “The Sopranos.” She also appeared in “Cybill,” “Mr. Holland’s Opus,” and “The Exorcist,” according to various reports.  Witt is also an author and a pianist.  She has served as an opening act for Ben Folds Five, Jimmy Webb and John Fullbright, the Boston Herald noted.

The Telegram & Gazette noted that decedent Diane Witt was entered into the Guinness Book of World Records in the 1980s for growing her hair “more than 10 feet long.”