O.J. Simpson Is Joining Twitter, and People Are Freaking Out 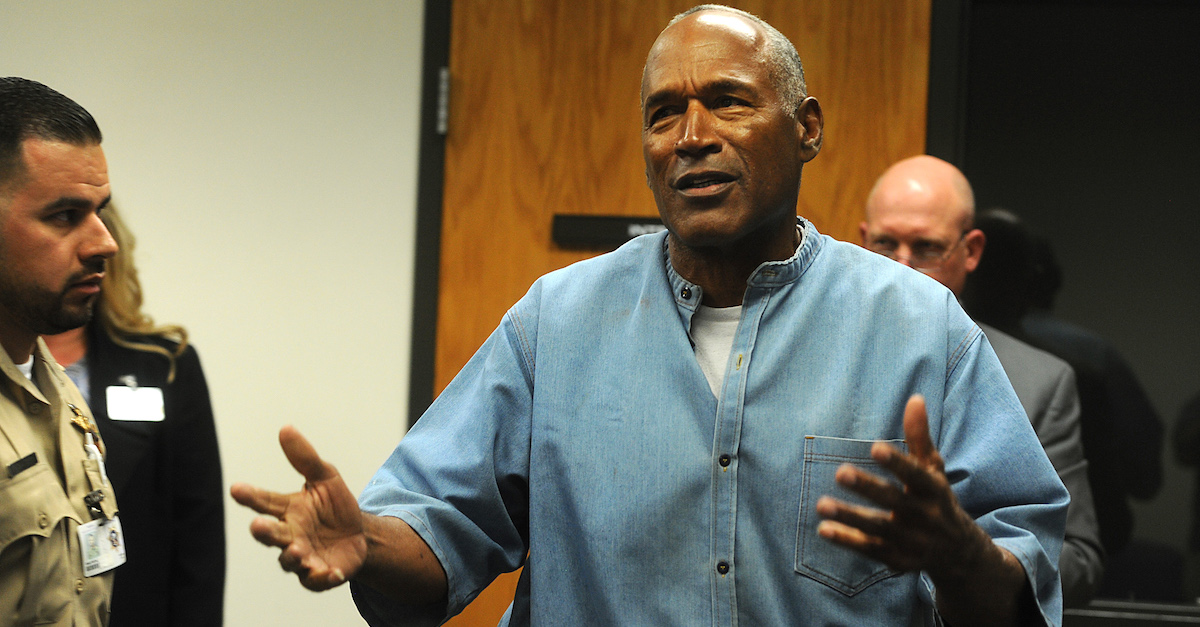 If you were thinking that Justin Bieber challenging Tom Cruise to a fight in the octagon the best thing you’ve seen online this week, we’ve got some great news for you. O.J. Simpson just tweeted out a video announcing his arrival into the Twittersphere.

According to Simpson, the social media platform will be where we “can read also [his] thoughts and opinions on just about everything.” “This should be a lot of fun,” Simpson said before adding, “I’ve got a little getting even to do.”

Twitter, ever nostalgic, was there for O.J.’s entré onto the scene.

remember when you did those murders lol

I’m sure this will only bolster Twitter’s widespread reputation for civil, nuanced discussion.

I hope that you are making some progress in identifying the real killers.

Hey OJ. Big Fan. I’m in need of a pair of gloves. What’s your favorite place to purchase them from?

Simpson’s announcement comes just days after the 25th anniversary of the deaths of Nicole Brown Simpson and Ronald Goldman.

When talking to press about the milestone, Simpson explained that he and his family want to focus on less negative apects of their lives. “I’m personally looking for the no O.J. zone,” said the former football star.

OJ Simpson speaks. On the murders 25 years ago:

“The subject of the moment is the subject I will never revisit again. My family and I have moved on to what we call the ‘no negative zone.’ We focus on the positives.”
https://t.co/NbdVcVw481

Apparently, there’s still reliable wi-fi in that zone.  There’s also still plenty of interest in just about everything Simpson does.  In less than twelve hours, his announcement garnered over 11.000 retweets, 33,000 likes, and 8,600 replies. To the frustration of some, the account, which Simpson was sure to plug as the only “real” O.J. –despite the lack of blue-check– already has 134,000 followers.

Pretty sure Twitter will verify OJ Simpson before me. UGH. https://t.co/bv3njcyTv1

After Simpson was acquitted in the criminal case for the infamous double-homicide, he was ordered to pay $33.5 million in wrongful death damages in connection with the corresponding civil case.   Kim Goldman, the sister of Ronald Goldman, recently told the Los Angeles Times that she and her family have, to date, collected less than one percent of that amount.

Twitter, rarely united in anything, seems to be having a rare moment of solidarity over its collective discomfort after Simpson’s announcement.

oj simpson joining twitter the week of the 25th anniversary of nicole brown’s murder sure is, uh, something.