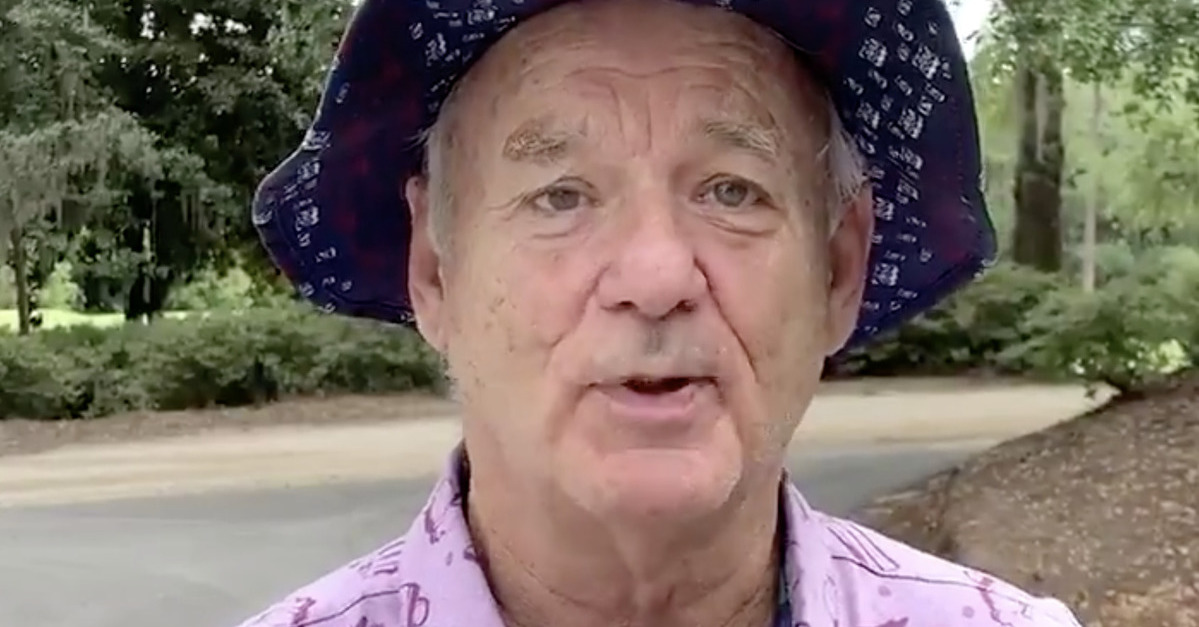 Lawyers for classic rock group The Doobie Brothers sent a truly epic cease and desist letter to actor Bill Murray Wednesday, calling out the star for using their song without permission. Despite Murray’s golf shirt company promising to “keep you Murray chill and dry all day,” at least one attorney seems pretty un-chill about copyright infringement.

In the letter, attorney Peter T. Paterno alerted Murray that his clients were none too pleased with his use of the song “Listen to the Music” in ads for Murray’s line of golf shirts. William Murray Golf was created by Bill Murray and his brothers; according to the company’s website, the product was “inspired by the Murray Brothers’ off-the-cuff mentality” and “was created on the notion that life and golf don’t have to be so serious.” Perhaps, though, Murray should have taken intellectual property rights a bit more seriously.

Paterno, for his part, certainly answered the call to incorporate some humor in his work. “Listen to the Music,” wrote Paterno, “is a fine song.”

“I know you agree because you keep using it in ads for your Zero Hucks Given golf shirts,” he said.

“However, given that you haven’t paid to use it,” Paterno continued, “maybe you should change the company name to ‘Zero Bucks Given.’”

According to the William Murray Golf website, the “Zero Hucks Given” pattern “is a wink and a nod to one of Bill’s longtime heroes, Samuel Langhorne Clemens—also known as Mark Twain—and the spirit and nature of his beloved Huckleberry Finn character.” The pattern features elements “borrowed from our bunker camo patterns in past collections—background as Huck rafts his way down the Mighty Mississippi.” Humbly, the company declares, “We do not wish any reward for this new design, but to know we’ve done the right thing in bringing a classic to life.”

It appears, though, that whether Murray has “done the right thing” is a matter for some debate. In addition to using the Doobie Brothers’ song without permission, Paterno warned Murray about using music from the firm’s other clients.

“It seems like the only person who uses our clients’ music without permission more than you do is Donald Trump,” the lawyer wrote, alluding to the many times POTUS has been caught and called out for using rock songs without permission.

The real hilarity of Paterno’s letter, however, was delivered in the penultimate paragraph.

“This is the part where I’m supposed to cite the United States Copyright Act, excoriate you for not complying with some subparagraph that I’m too lazy to look up and threaten you with eternal damnation for doing so,” he wrote. “But you already earned that with those Garfield movies. And you already know that you can’t use music in ads without paying for it.”

Paterno’s sense of humor had run its course by the letter’s closing: “We’d be almost OK with it if the shirts weren’t so damn ugly. But it is what it is.”

Ending with a reference to Bill Murray’s role in Zombieland, Paterno quasi-quoted: “So in the immortal words of John Paul Sartre, ‘au revoir, Golfer. Et payez!’”