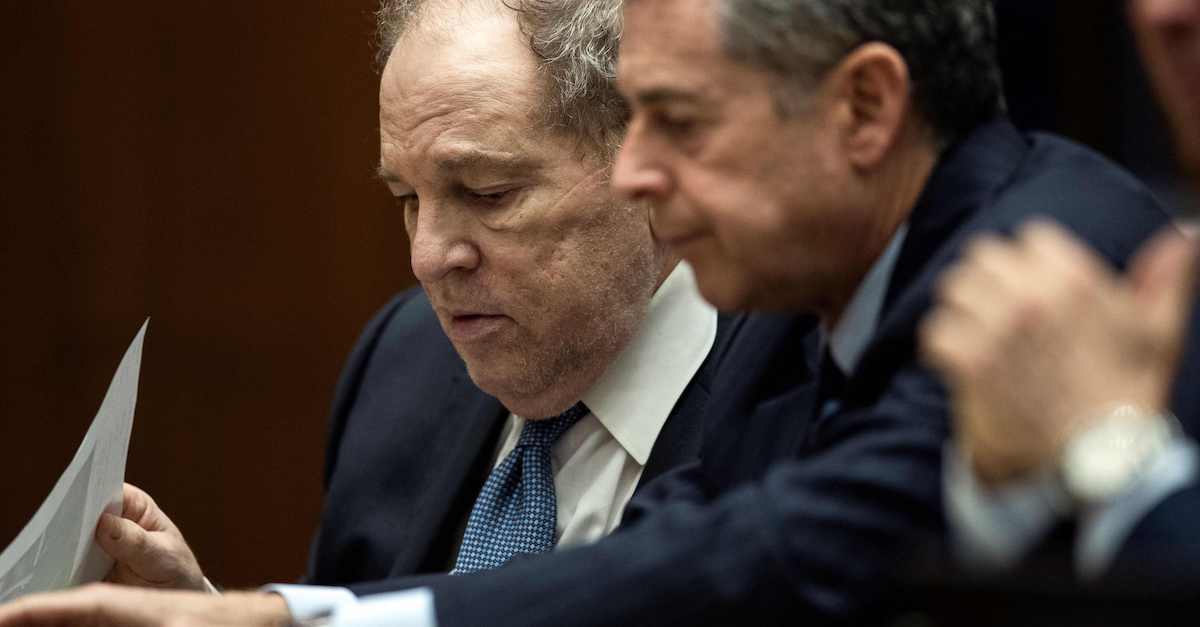 Just like if several people unequivocally said a man was a potato chip delivery guy, witnesses have said over and over again that Weinstein is a rapist and jurors should believe them, Thompson said.

“You can tell from the pattern that Mr. Weinstein raped and sexually assaulted the women,” the prosecutor added.

Thompson told jurors up front that he would be mentioning Weinstein’s lawyers, Mark Werksman and Alan Jackson, repeatedly, but they shouldn’t take it as a personal slight because Werksman and Jackson are excellent lawyers and professionals.

He then launched a rebuttal that sarcastically dismissed much of Jackson’s closing on Thursday as not to be believed and highlighted what he described as “a little bit of magic” from the defense. He called the defense’s overarching narrative that each woman is lying “a really tough case to make” before detailing corroborating witnesses such as Ryan Beatty, a former friend of Jane Doe 2, who is Lauren Young, a witness in Weinstein’s New York trial in 2020. Beatty testified she told him in 2013 she’d been assaulted by Weinstein.

He also showed jurors an email exchange in which Weinstein orders that Claudia Salinas bring Jane Doe 2 as her guest to a party. It was a few days after Weinstein had assaulted her, Thompson said, and he wanted her to be photographed at his party so “then his attorneys will have something to bug her about.”

“The owner and CEO of a major media corporation dictated to Claudia Salinas who her ‘plus one’ would be. Because he’s desperate,” Thompson said.

He also dismissed Jackson’s argument that Juls Bindi, the Hollywood masseuse who was identified in trial as Jane Doe 3, shifted her account of whether Weinstein touched her bare breast. Skin-to-skin contact is a required element of Weinstein’s sexual battery charge involving Bindi, and Jackson argued her testimony “evolved.”

But Thompson said Bindi was simply “clarifying.” He also disputed Jackson’s description of Bindi’s relationship with Weinstein as “transactional,” telling the jury: “One option is you can have this book deal. The other is I can ruin you. That’s not how a transaction works.”

Thompson also focused on Jane Doe 1’s description of scarring on Weinstein’s stomach, saying it shows she had to have seen him undressed. He also defended Jane Doe 1’s testimony that Weinstein asked her to “suck his balls,” which Jackson seized on because Weinstein’s testicles were removed from his scrotum during surgery for Fournier’s gangrene in 1999. Jackson said the testimony shows Jane Doe 1 is lying, but Thompson sarcastically imitated Weinstein explaining the surgery to his sex assault victim, emphasizing that him actually doing so would be ridiculous.

Thompson also reminded jurors that Jane Doe 1 speaks English as a third language (she’s an Italian model of Russian descent) and her description of what Weinstein said may have been jumbled in translation. Jane Doe 1 “described his body better than the other victims and she can do that because he assaulted her,” Thompson said. He also addressed Jackson’s argument that Jane Doe 1’s social media activity doesn’t reflect someone who’d been raped, saying social media pictures “are all lies.”

“The whole point of social media … is to show people you don’t have any problems, and everyone should be jealous of you,” Thompson said. He added that children cry at Disney World, yet we don’t see photos of children crying at Disney World, which elicited loud laughter from the gallery.

The jury started deliberating after the standard 90-minute lunch break and left about 4 p.m. They will return Monday at 9:30 a.m.

Weinstein has been in jail since a New York jury convicted him of first-degree sexual assault and third-degree rape in February 2020. New York’s highest court said in August it will hear his appeal, but if convicted in Los Angeles, Weinstein faces a sentence of life in prison, separate from the 23 years he’s serving for the New York convictions.

Read all of Law&Crime’s coverage of Weinstein, including from his New York trial, here.