‘Fake Heiress’ Anna Sorokin Has New Reality Show, but New York May Not Let Her Cash In 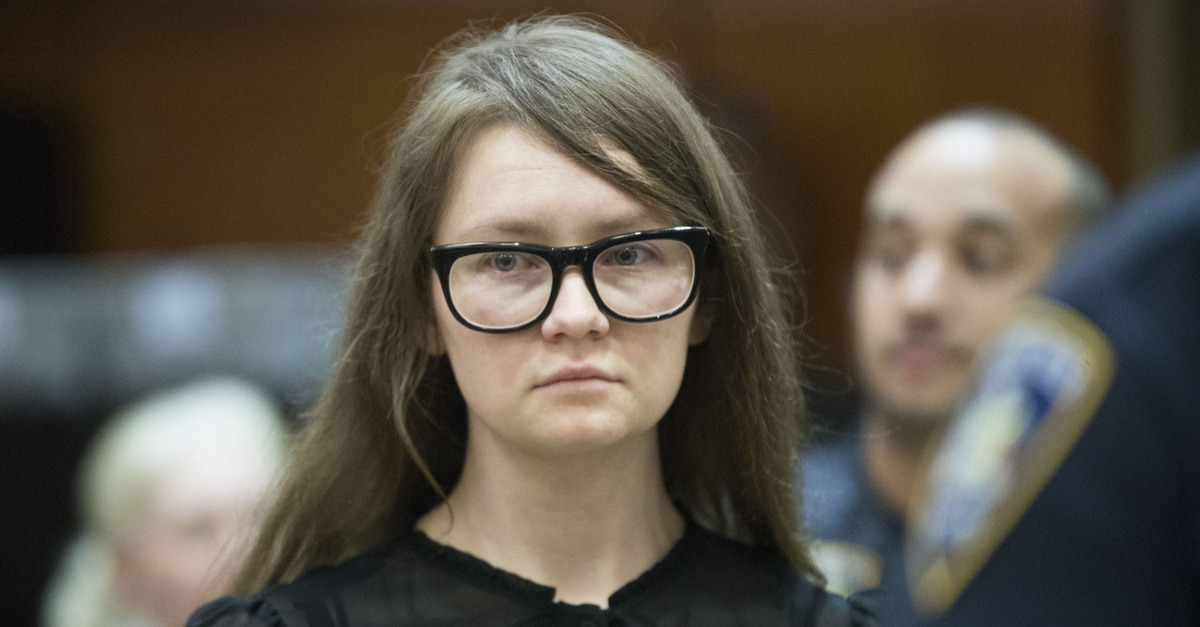 Anna Sorokin, posing as German heiress Anna Delvey, returns to a New York courtroom during her trial on grand larceny and theft of services charges in 2019. The New York Attorney General’s Office invoked a state law that forbids criminals from profiting off their crimes in a court challenge to a Netflix deal Sorokin signed. Prosecutors say proceeds from the production should go to the Manhattan banks and hotels Sorokin defrauded out of nearly $200,000.

Convicted fraudster Anna Sorokin (known widely as the German “fake heiress” Anna Delvey) announced that while she is on house arrest in New York, she will star in a new unscripted television series called Delvey’s Dinner Club. According to reports, the show will feature Sorokin hosting a series of dinner parties at her Manhattan apartment to discuss topics such as “Anna’s experience within the criminal justice system, her strategy to rebuild her image and her plans for the future” with invited guests.

Even with newfound reality show fame, Sorokin may run into some major legal obstacles that prevent her from cashing in — New York State has already prevented Sorokin from profiting from another television program, and it may choose to do so for Delvey’s Dinner Club as well.

Sorokin was convicted in 2019 of grand larceny for stealing over $275,000 from major financial institutions, banks, hotels, and acquaintances in the United States.  Her story was the subject of the hit Netflix miniseries Inventing Anna. Although Inventing Anna snagged multiple Emmys and much critical acclaim, Sorokin herself was prevented from sharing in the proceeds of the blockbuster.

This is because New York State has what is known as a “Son of Sam law,” named for notorious serial killer David Berkowitz, who used the name “Son of Sam” during his 1970s murder spree and after his conviction attempted to sell his personal story for large sums of money. New York’s statute (and others like it in most other states) makes it illegal for convicted criminals to profit from their crimes.

New York’s original 1977 Son of Sam statute lead to a prolonged court battle after it was deemed an unconstitutional restriction on free speech in 1987 by the United States Supreme Court.

Ten years after the Son of Sam statute was passed, publisher Simon & Schuster sued for the right to allow Henry Hill (the lead character in Nicholas Pileggi‘s book Wiseguy: Life in a Mafia Family and later, the movie adaptation, Goodfellas) to tell his tale of life as an organized crime figure. The Supreme Court ruled in the case that the New York statute violated the First Amendment.

Since the ruling, though, New York passed another statute reconfigured to comply with the guidelines set out in the Supreme Court’s ruling. Although the updated statute is rarely enforced, New York used it for the first time since 2001 in Sorokin’s case to freeze her assets and prevent her from profiting from Inventing Anna.

The law mandates that any person who is convicted of a crime must give a copy of any contract for profits to the Crime Victims Compensation Board.  The board would then put the proceeds from the contract in escrow as a means of satisfying any future civil judgment against the perpetrator by the victims of their crimes.

The Empire State later unfroze Sorokin’s funds so that she could pay restitution to her victims, including a reported $70,000 to Citibank, and $100,000 to City National Bank.

“It’s often said the best way to get to know someone is to share a meal with them. We’re all desperate to know who Anna really is,” White said in a press release sent to Law&Crime. “‘Delvey’s Dinner Club’ will reveal the actual woman behind everything we’ve read and watched about Anna. She is breaking her story in her own words and we believe she will defy viewers’ expectations.”