‘Can You Imagine Waking Up Next to Her Every Day?’: Hot Mic Catches Chicago Judge Ridiculing Female Attorney 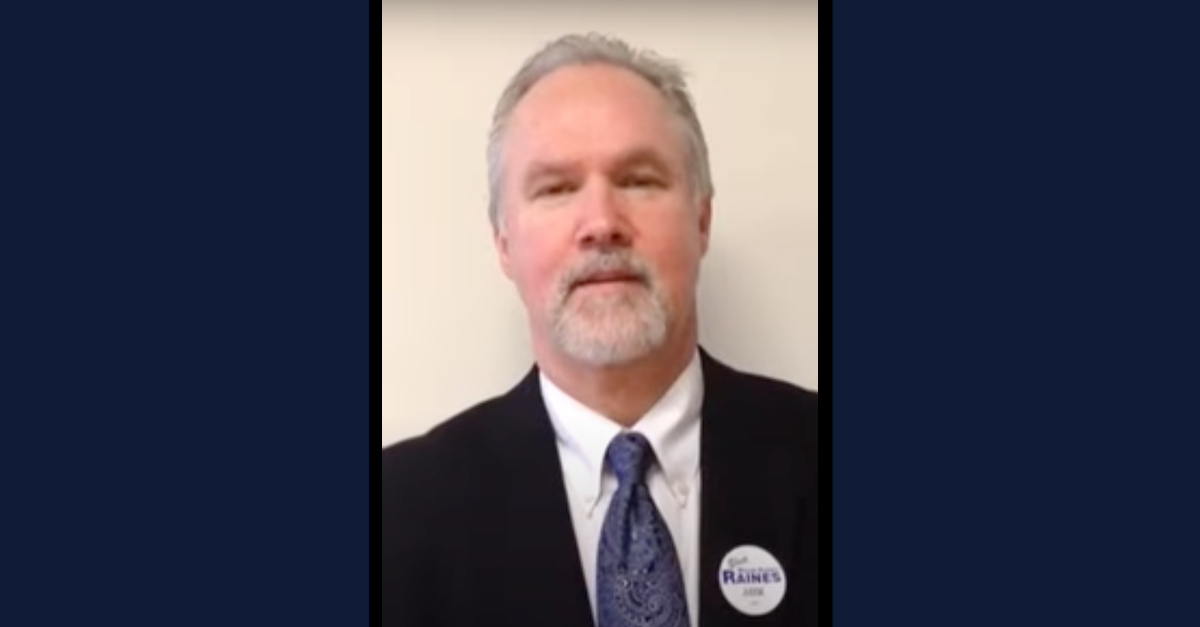 Judge William B. Raines appears in a screen grab taken from a 2014 YouTube campaign video.

A criminal court judge in Chicago has come under fire after he was caught by a hot microphone making disparaging remarks about a high-profile female civil rights attorney who appeared before him for a virtual hearing earlier in the day. Cook County Circuit Court Judge William B. Raines has since recused himself from the case involving attorney Jennifer Bonjean, who recently helped win Bill Cosby’s freedom in Pennsylvania, the Chicago Tribune reported.

Following Tuesday’s virtual hearing, Raines was conversing with two Cook County assistant state’s attorneys and an assistant public defender, none of whom appeared to realize that the exchange was still being carried live on a YouTube feed of the proceeding. The other three participants in the call were not involved in Bonjean’s case.

“Can you imagine waking up next to her every day? Oh my god,” Judge Raines said of Bonjean, according to a transcript of the conversation that has since been made public.

Footage of the hearing is no longer publicly available, but Bonjean included the transcript in a motion to preserve the video in order to file a complaint against Raines, the Tribune reported.

“There would be a number of things wrong with my life if I was waking up next to her every day,” Susie Bucaro, one of the state’s attorneys on the call responded, per the transcript.

“I couldn’t have a visual on that if you paid me. So there you have it,” Judge Raines then said.

Bonjean was representing client Roosevelt Myles.  Myles in trying to get his decades-old murder conviction overturned. Prosecutor Todd Dombrowski appeared on behalf of the state.

“I’m reliving uh . . . Todd Dombrowski’s conversation with Ms. Bonjean,” Raines reportedly said after the official proceedings were over. “Did you see her going nuts?! Glasses off, fingers through her hair, the phone’s going all over the place, it’s insane.”

Raines reportedly recused himself from the proceedings on Wednesday.

Per the Tribune, Bonjean on Thursday appeared for a hearing before Criminal Division Acting Presiding Judge Erica Reddick where she requested that the video of Raines’ comments be preserved so the footage could be included in a formal complaint she planned to file with the Judicial Inquiry Board, which oversees complaints lodged against judges in the state.

“It’s our position that Judge Raines did not conduct himself in a manner that promoted public confidence,” Bonjean reportedly said to Reddick. “There was an incredible casual nature of these conversations that certainly suggests this is not the first time this kind of banter went on.”

“Clearly all judges who serve are under our ethical rules [and should] conduct themselves in a manner that promotes confidence in the judiciary,” Reddick reportedly responded. “I did receive the initial complaint. Please know it will be addressed as well.”

In a statement provided to the Tribune, Cook County State’s Attorney Kim Foxx reportedly said she personally spoke with both of the prosecutors who were on the call. She said their behavior was “unacceptable” and that the matter would be “addressed appropriately.”

“Their actions reflect poorly on the work of our office and the entire criminal justice system,” the statement said.

Bonjean did not immediately respond to a message from Law&Crime, but she told BuzzFeed News that the video “shows what some of us already know: That there’s this chumminess that goes on behind closed doors and makes you wonder whether cases are being heard on the merits or for some other reason.”

Bonjean also took to Twitter to discuss the matter.

“I don’t like to make the news this way,” she tweeted on Thursday. “But if it brings attention to judges who have no business being on the bench, so be it.”

She later tweeted that she had been “inappropriately sexualized on a live stream by a judge presiding over my case.”

“Can you imagine waking up next to HIM?!” attorney Sara Azari tweeted in reply to some of Bonjean’s comments.  “What a pig!”

A spokesperson for Judge Raines directed all inquiries on the matter to the Judicial Inquiry Board, saying Raines cannot comment on a pending case.

In a campaign video, Raines said he was a “retired police officer” who was “shot in the line of duty.”  He said he subsequently worked as a prosecutor and as a criminal defense attorney.

“I work tirelessly in your community to make sure our young kids don’t walk out of a courtroom with a felony conviction that changes their life,” Raines said in the video.

The election website Ballotpedia says Raines is a Democrat.

Read the transcript below.