Several officers with the Atlanta Police Department have been recognized for rescuing a man who was having a seizure on Sunday in the driver’s seat of a crashed and burning car in a gas station parking lot. The Atlanta Police Department posted Monday on Facebook that Sgts. J. Sutton and D. Davis, and Officers A. Ruffin, S. Verrelien and M. Bouquette “went into life-saving mode” and quickly saved the man from harm’s way.

The body camera footage shows the viewpoints of two different officers, one of whom appears to be Officer Ruffin. She was in the driver’s seat of a police cruiser at the time someone was heard frantically reporting over the radio that a car was on fire and a man was having a seizure inside the vehicle. In about a minute’s time, Ruffin could be seen sprinting onto the scene. 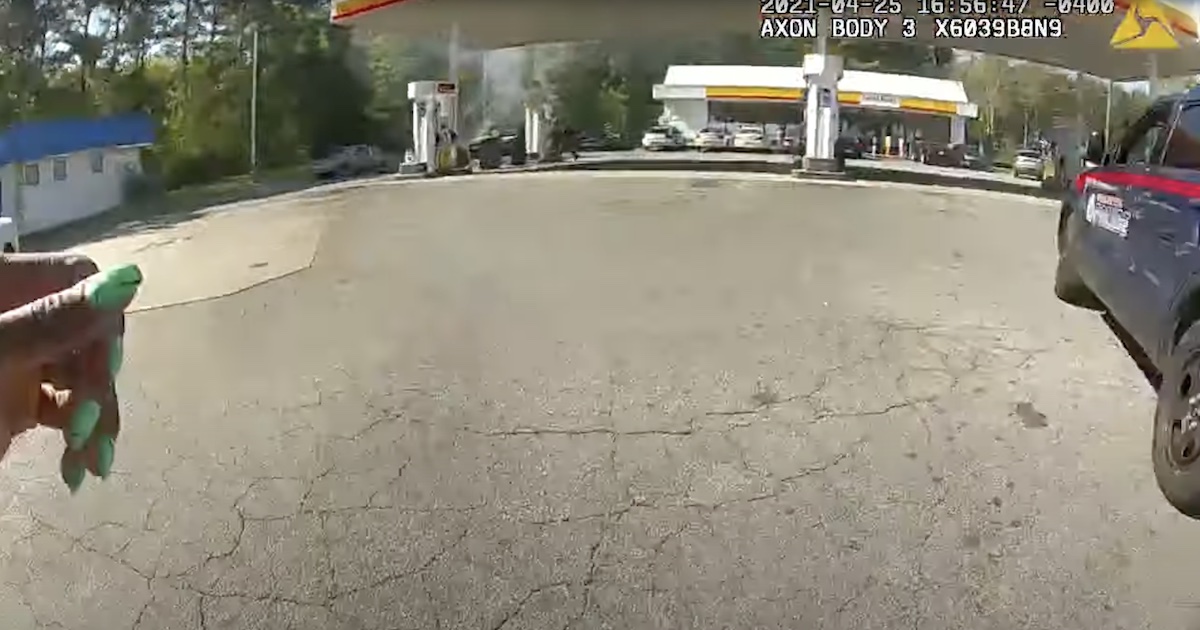 Other officers had already used a fire extinguisher on the visibly burning vehicle. 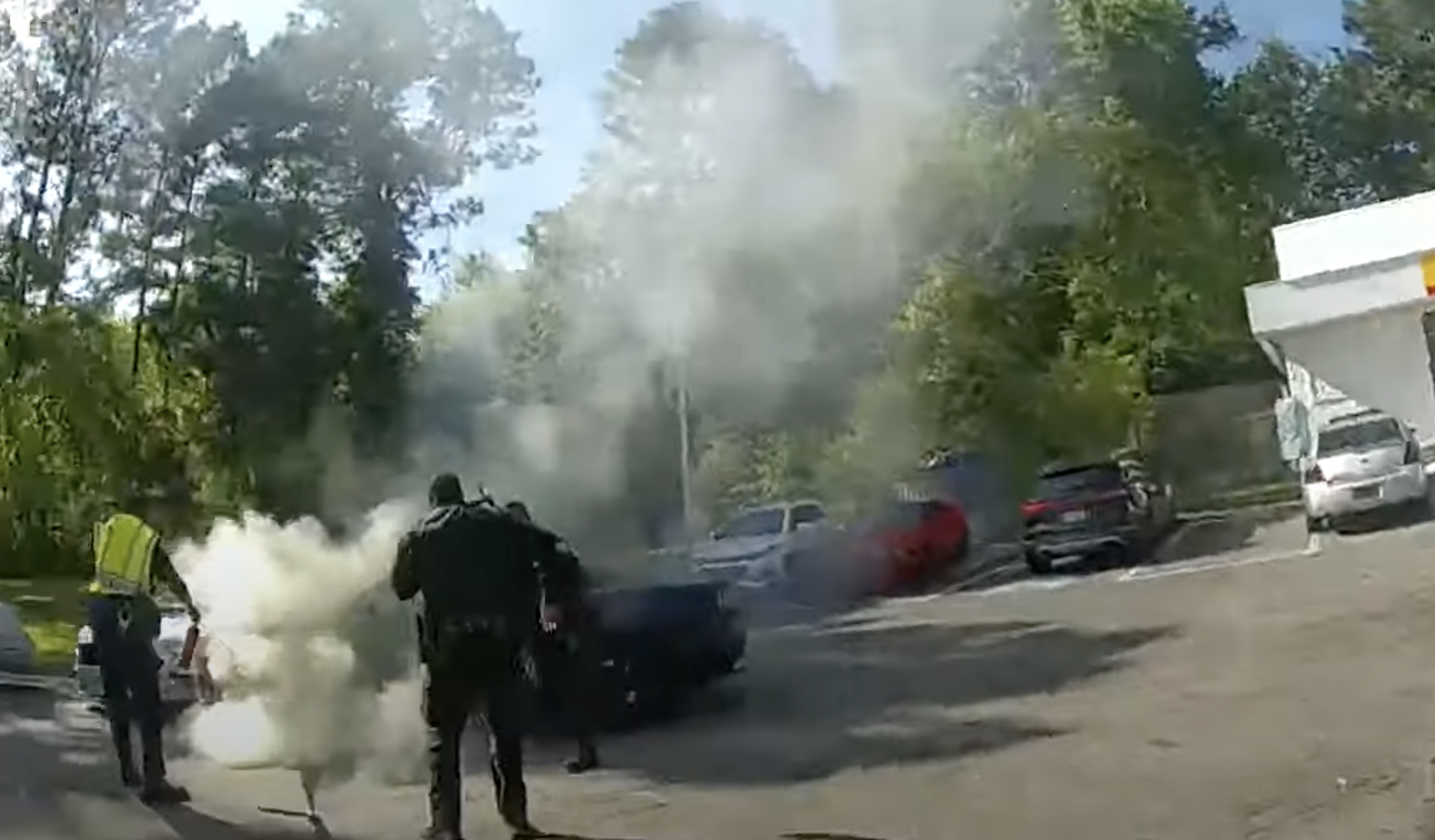 Next, officers worked to get the doors of the car unlocked. One of the male officers tried smashing the passenger’s side window. Officer Ruffin, wielding what appeared to be a retractable baton, broke the window. 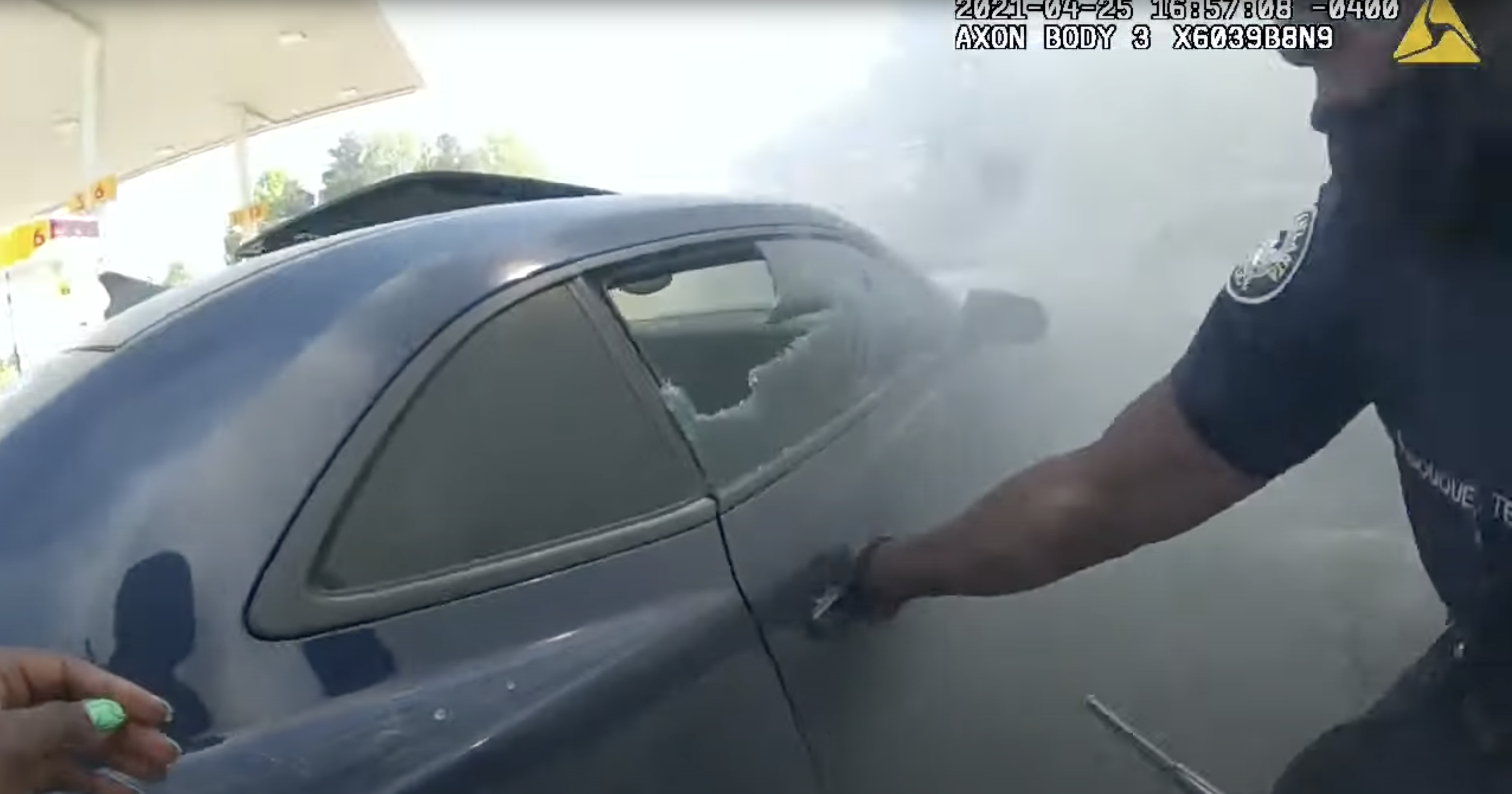 From here, officers were able to unlock both the passenger’s side and driver’s side doors. They then pulled the driver to safety.

“A police officer’s job is never one-dimensional. On any given day, officers can reasonably expect to respond to anything from domestic violence situations, to robberies, missing persons, traffic accidents, murder scenes, gun violence incidents, and other crises during their shift. On April 25, APD Zone 4 officers were called to an auto accident with a car on fire. Upon arrival, officers observed that the driver was having a seizure. Responding officers went into life-saving mode and aimed their attention at freeing the driver from the locked car and putting out the fire. They were able to pull the man from the burning car and both the driver and the officers were able to get medical attention and are expected to be ok,” the Atlanta Police Department said on Facebook. “We are extremely proud of our officer’s work in their life-saving measures and in preventing what could have resulted in significant damage to the other cars and structures in the area. Their reaction was nothing short of heroic. What we know for sure is that not all heroes wear capes, many wear the APD blue uniform and quietly go about their business of keeping the citizens of Atlanta safe, 24 hours a day, 7 days a week without ever being noticed. Great job to all involved.”

You can watch the video in the player above.