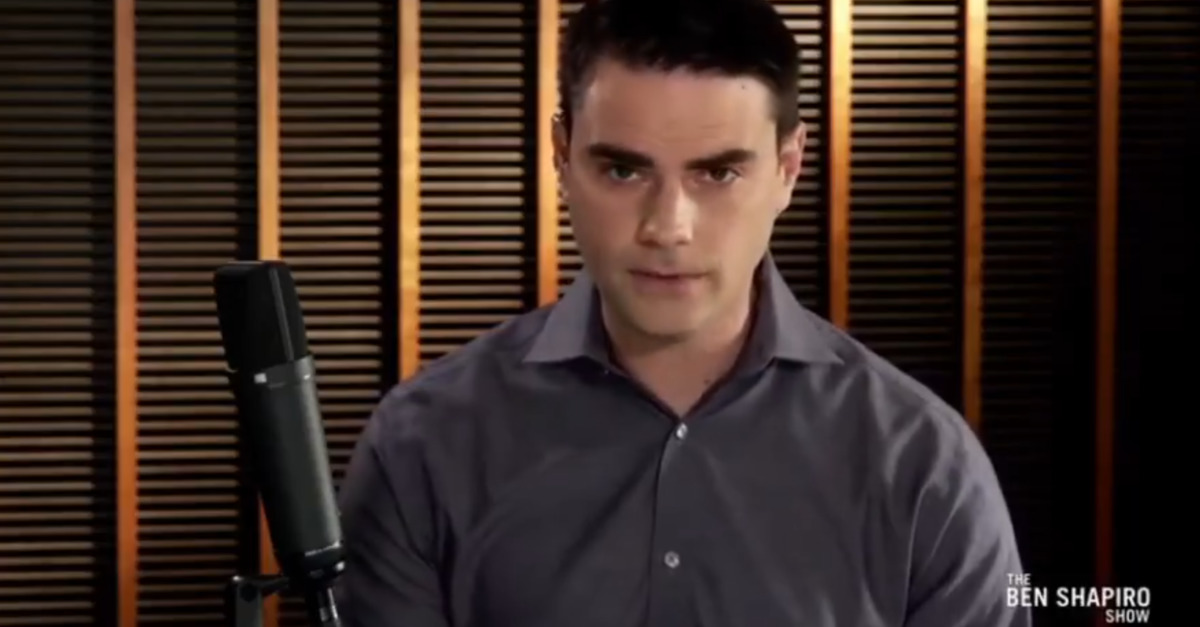 Conservative public figure Ben Shapiro is defending Supreme Court Justice Brett Kavanaugh against a recent sexual misconduct allegation by raising questions about the high court member’s penis. The internet predictably responded from the window to the walls with ridicule.

Ben Shapiro dismisses allegations of sexual assault against Brett Kavanaugh with “Nobody has yet described Kavanaugh’s [genitalia]” pic.twitter.com/j7HiXsB5zb

“We’ve had a bevy of public figures in recent years who have had their genitalia described on national television by people who allege sexual assault,” Shapiro says in a video before listing a couple high-profile incidents of penile description. “Stormy Daniels famously described President Trump’s genitalia; Bill Clinton‘s genitalia–details of such were talked about.”

The founder of the conservative website, The Daily Wire:

Nobody has yet described Kavanaugh’s genitals–now that’s not dispositive. Maybe they were generic? Who knows?

As mentioned, the remarks were met with scorn and derision:

Watch Ben Shapiro die on the “nobody has yet to described Kavanaugh’s penis” Hill. https://t.co/dPZkRoo10o

Ben Shapiro really wants to know what Brett Kavanaugh’s genitalia look like, just to be sure that all of the credible allegations of sexual assault against him are real.

I think we should send him to take photos.

Just for the evidence.

He can keep them. pic.twitter.com/EpcyakpVAu

The suggestion that a sexual assault victim must accurately describe Kavanaugh’s penis to be taken seriously incensed many advocates and survivors of sexual assault.

Women, if you’re being sexually assaulted make sure you take close notice of your attacker’s dick because Ben Shapiro wants to know exactly what it looks like https://t.co/08JKgMBQS4

I had a man shove out his dick in front of me, in public, while I was sitting outside with a friend at a coffee shop. I remember his hair color, what he was wearing – don’t remember what his penis looked like @BenShapiro – primarily because I was trying to not see it. https://t.co/q6VkApnux0

After the penis talk had ended, Shapiro moved on to a more general defense of Kavanaugh–studded with quite a few inaccuracies.