Elizabeth Warren’s Anti-Corruption Plan Is a Boon for Attorneys, Would Bring Pain to the ‘Wealthy and Well-Connected’ 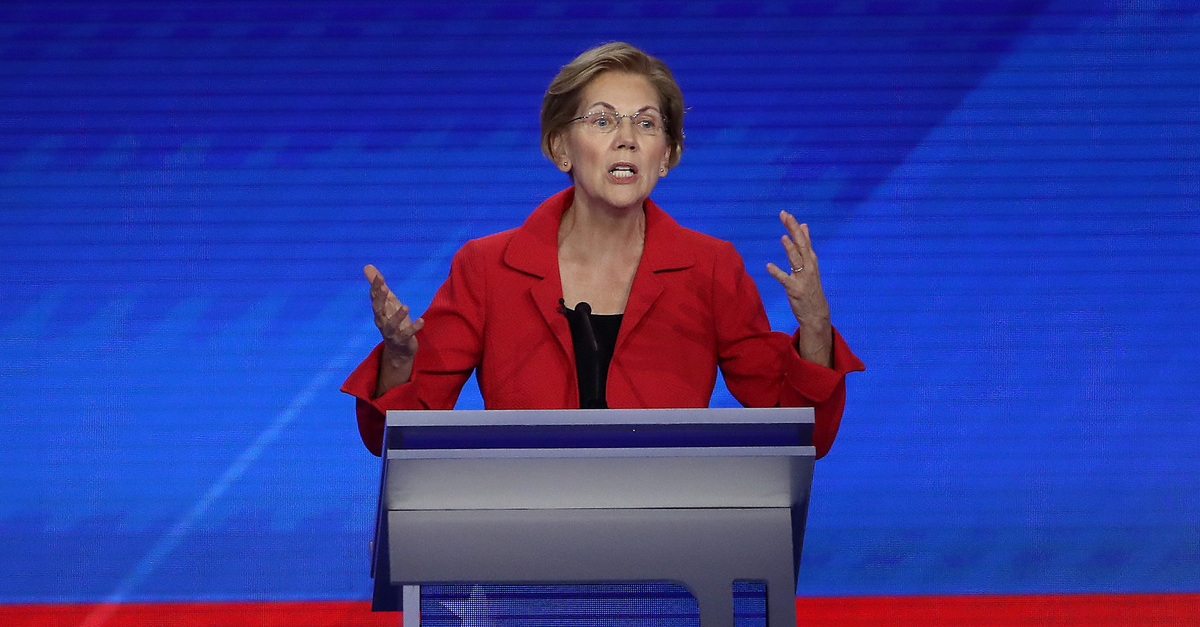 Presidential candidate and Sen. Elizabeth Warren (D-Mass.) released a sweeping anti-corruption proposal on Monday morning which promises to all but restructure how the federal government works on a day-to-day basis. The document is quite broad and several areas even threaten an attempt at depth. While the proposal is well worth a read in its entirety, here’s the top five major reforms contained in her proposal.

1. A permaban on members of Congress becoming lobbyists.

Warren’s plan “bans Presidents, Vice Presidents, Members of Congress, federal judges, and Cabinet Secretaries from ever becoming lobbyists…for life. All other federal employees will also be barred from lobbying their former office, agency, or House of Congress after they leave government service for at least 2 years — or 6 years for corporate lobbyists.”

This is a sharp departure from previous attempts to curtail lobbyist influence on Capitol Hill.

In 2009, then-President Barack Obama issued an executive order which barred people who were registered as federal lobbyists the year before from serving in his administration–while also banning top officials from serving as lobbyists for two years after their departure. President Donald Trump immediately scrapped those rules when he took office–replacing them with a five-year ban on former government officials from lobbying the agency where they worked–but which allows individuals free reign to lobby other parts of the government.

Warren’s plan also tackles the other side of the lobbying revolving door.

Her plan bans “current lobbyists” from taking “government jobs for 2 years after lobbying, with limited exceptions for when the hiring is in the national interest. Corporate lobbyists will have to wait at least 6 years” And those corporate lobbyists would not be entitled to any exceptions or waivers whatsoever.

2. The proposal also aims to “end lobbying as we know it.”

While banning federal officials from serving as lobbyists and forcing lobbyists to wait several years before serving in government is arguably an optics-focused approach to dealing with the influence-peddling pipeline, Warren’s proposal also attempts to upend that entire system at a fairly basic level.

Currently, the federal definition of lobbying is quite thin and fails to encapsulate most of the people who engage in activities that walk, talk and quack like lobbying. Warren’s plan would radically enlarge “the definition of lobbyists to include everyone who is paid to influence lawmakers.” That’s a stark and marked departure from current rules.

The plan speaks for itself here:

Because of our weak laws, only individuals who meet directly with politicians or spend more than 20% of their time lobbying are required to register as lobbyists. That means law firms, consultancies, and even self-described lobbying firms that hire individuals for the express purpose of influencing government may be able to avoid these registration requirements — allowing powerful interests to influence policy without any public accountability. This practice, endemic on both sides of the aisle, must end.

A collective crisis of faith in judicial institutions began exactly one year ago today when Dr. Christine Blasey Ford detailed an attempted rape allegation against then-appellate judge Brett Kavanaugh in the pages of a Washington Post report. Other additional allegations against Kavanaugh spilled forth — some of them similarly credible, others apparently the work of grifters and tricksters.

Kavanaugh has denied all allegations of sexual misconduct.

And, of course, the denouement here was that multiple ethics investigations into Kavanaugh’s alleged behavior were shuttered almost just as soon as the U.S. Senate voted along largely partisan and ideological lines to confirm him. Warren’s plan would dispense with that system.

Warren even goes so far as to single out Kavanaugh–and Trump’s sister–by name.

“[S]exual assault and perjury complaints against Brett Kavanaugh were dismissed when he was confirmed to the Supreme Court, and Donald Trump’s sister Maryanne Trump-Barry resigned from the bench, ending an investigation into the Trump family’s decades-long tax schemes, including potential fraud.”

Notably, however, what Warren’s plan doesn’t offer are any truly innovative mechanisms in how federal judges would be investigated and sanctioned–the plan is largely just an effort to increase scrutiny over the judiciary and apply such rules across the board, i.e. sans the Supreme Court carve-out. But the proposal does close one key loophole:

Under [Warren’s] plan, investigations will remain open until their findings are made public and any penalties for misconduct are issued.

4. Transparency is viewed as a vibrant corruption disinfectant.

Her solution is multi-faceted–though perhaps a bit light on details–and a decided boon to the legal community.

What sticks out as the most thoroughgoing transparency reform here is the proposal to open up the federal court system. Attorneys of all stripes–as well as journalists, non-legal advocates, transparency activists and others–have griped endlessly over the laughably-named “Public Access to Court Electronic Records” (PACER) system which charges hefty fees for access to federal court filings which are technically public property.

Warren’s plan would effectively shutter this decidedly outmoded concept and system which, for those familiar, appears to be straight out of the internet circa the same time Kurt Cobain was still alive–and it adds a bit more judicial transparency on top of that.

The proposal “requires federal appellate courts to livestream audio of their proceedings, share case assignment data in bulk, and make all electronic case records — which currently must be purchased from the government — more easily accessible and free of charge.”

Warren also aims to prevent federal judges from sealing court records related to “major public health and safety issues” in an effort to stop corporations from hiding “these dangerous conditions from the American people.” This plank doesn’t dive all the way into a radical transformation from the status quo due to a “rare exception” for such disclosures–which is not elaborated upon.

What else is lacking in this section that critics might latch onto? Any explicit mention of Freedom of Information Act (FOIA) reform. Instead, Warren offers a somewhat vague promise that “Congressional committees, government agencies, and federal contractors would be required to publicly release key information.”

Last–but absolutely not least in terms of reformative potential–is the pledge to return pleading power to the people.

These two-Bush era precedents heavily limit the process of discovery during lawsuits by forcing plaintiffs to state a “plausible” claim as to how they might win their lawsuit. The problem with that? Oftentimes discovery is the process by which plaintiffs learn the extent of the wrongdoing a defendant has actually engaged in.

In turn, the so-called Twiqbal precedents substantially slashed the overall number of lawsuits federal courts were able to even consider on the merits–making it all that much easier for defendants (guilty and innocent) to win before any facts are even considered. By limiting pleading in this way, the Supreme Court “deprive[s] plaintiffs of their day in court, and allow[s] powerful defendants to successfully dismiss cases before they even begin,” Warren’s post argues.

It would be fair to say this was when the Supreme Court finally took up the ’90s era crusade of conservative movement “tort reform” but the decisions were even more far-reaching than that. They also crippled employment discrimination claims, antitrust claims, sexual harassment claims, all manner of labor claims, environmental claims, etc.

For example: let’s say you sue your employer for racial discrimination. For some reason, the court decides your petition is tossed due to insufficient pleading under the newish precedents. What happens? You can’t conduct any discovery to find out any additional information about your employer’s alleged bad actions. But let’s continue the hypothetical: what if discovery would have produced an email showing you were actually fired because you complained about racial discrimination in the first place? Well, that means you now have two distinct claims: employment discrimination and retaliation. Too bad, so sad, says the Supreme Court.

As for the feasibility of revoking Supreme Court precedent here?

In Twombly and Iqbal the Supreme Court was simply reinterpreting the Federal Rules of Civil Procedure–not the Constitution itself. Congress can overrule the nation’s high court here with a well-tuned legislative fix.

TL;DR–this plan is a major break from business as usual in the District of Columbia.

Warren adequately sums up her proposal and perspective near the end:

[C]omprehensive anti-corruption reforms targeted at Washington itself are necessary to finally end the stranglehold that the wealthy and the well-connected have over our government’s decision-making processes.