‘The Deep State Still Runs on Windows 95’: PACER Crashes While Everyone Was Waiting for the Trump Mar-a-Lago Affidavit to Drop 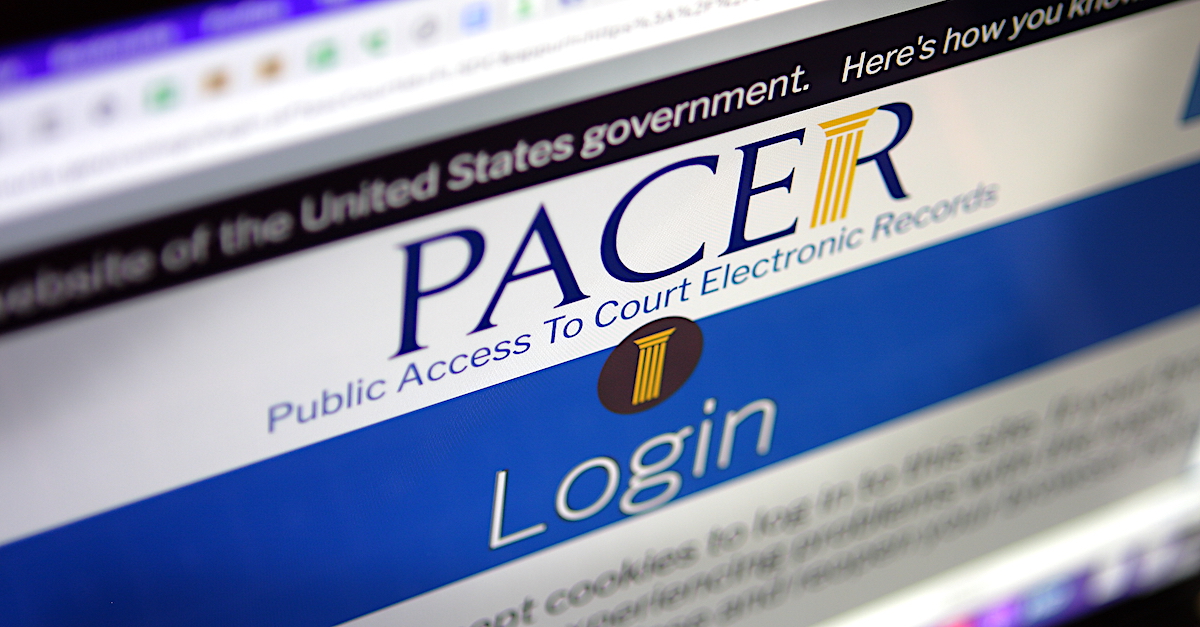 Minutes before noon, U.S. Magistrate Judge Bruce E. Reinhart primed the pumps by issuing another in a series of orders to unseal the redacted probable cause affidavit and a collection of associated documents that were used to legally justify the search-and-seizure warrant at the 45th president’s Palm Beach, Florida home.

After that, it was off to the wacky races, and users refreshing the outdated bit of federal infrastructure quickly found themselves subject to “object not found” errors. Many users reported slow, dial-up-like wait times; others couldn’t even get the homepage to load.

Notably, our own reporters fared little better than anyone else to quickly ascertain the contents of the long-awaited documents in question – though, eventually, the fervor abated and the hard-pressed system’s load was lightened enough for the highly-redacted files to be downloaded.

“Everybody is chomping (some say it is champing) at the bit to get a first look at what is contained in the search warrant, so it is no surprise that PACER is unable to handle the high demand,” former prosecutor, current criminal defense attorney and Law&Crime Network legal analyst Julie Rendelman explained in an email before adding in a parenthetical: “To be clear, PACER is a nightmare to use even when there is no frenzy to read any particular documents.”

While few were surprised at the antiquated system failing under increased demand, the fact of the downtime was unwelcome.

“Our Democracy is based on transparency and that particularly pertains to understanding what our government is up to,” prominent whistleblower attorney Mark Zaid told Law&Crime. “Nothing speaks to that more than being able to learn about legal actions where the full power of the Executive Branch is brought to bear upon individuals, regardless of status. But in the 21st century this transparency is intertwined with technology and a failure of the U.S, government to ensure public demand does not overwhelm systems such as PACER, especially when it can be anticipated, is incredibly disappointing.”

Under current law, the Judicial Conference of the United States, which is administered by U.S. Supreme Court Chief Justice John Roberts, PACER charges 10 cents per page for most searches. According to the system’s operating statute, PACER user fees are meant to “reimburse expenses incurred in providing [PACER’s] services.” The pay-as-you-go feature pulls in millions of dollars per year for access to public documents. Started in 1988 as a standalone feature in libraries, PACER was moved to the World Wide Web in 2001. The interface is decidedly a relic of Web 1.0; the user experience for legal researchers, whether neophytes or the well-seasoned, can be daunting.

According to the Free Law Project, over two million people “saw and clicked on a link” on the group’s popular CourtListener website within an hour of the affidavit being posted.  CourtListener is essentially a free and non-walled version of PACER that pulls data from the official government source when registered users seek to retrieve documents from the original and install the necessary browser plugins to make the system work.

CourtListener has emerged as a critical PACER-adjacent site for observers and researchers, as the original’s lackluster performance is frequently criticized as a less than stellar example of what might otherwise pass as government efficiency.

In recent years, there have been some mild efforts to reform PACER by making it free and by modernizing the search functions.

Twitter was ablaze with criticism and commentary of the crash:

Thank you for coming to my Ted Talk

Who is running PACER? pic.twitter.com/ps6aXTQAbM

As of this writing, PACER was back up-and-running — if still somewhat slow to respond to requests for some users.