Jeanine Pirro, a Former Prosecutor: a Prosecutor Can’t Say Someone Is Guilty 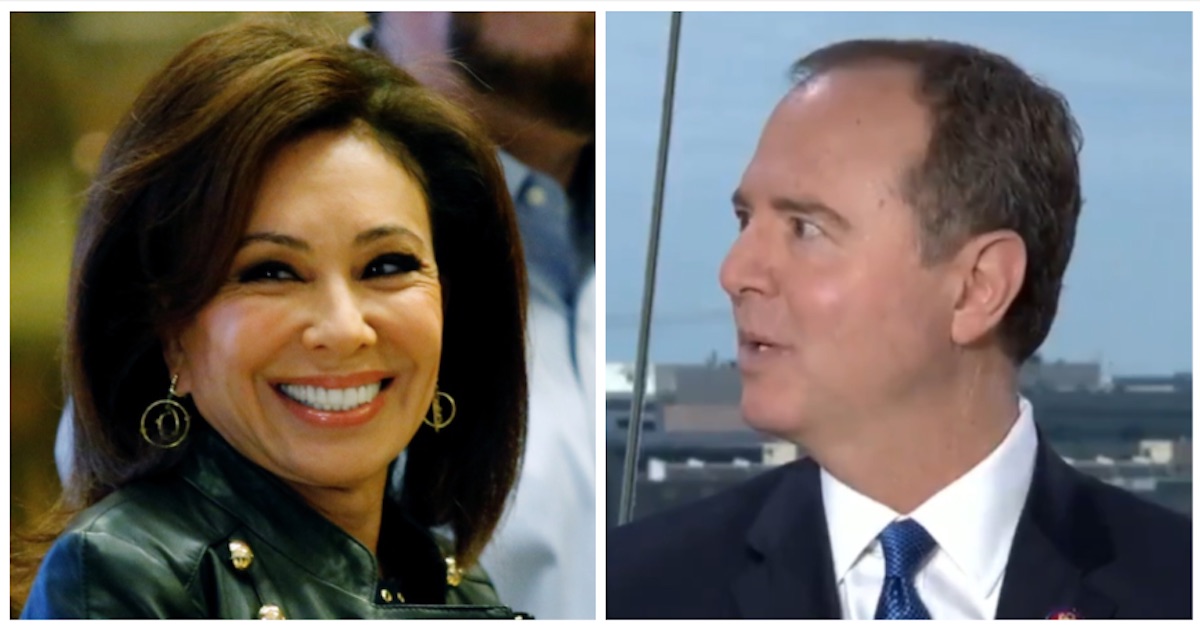 Fox News’s Jeanine Pirro, a former judge and former prosecutor, was pretty upset that Impeachment Manager Adam Schiff (D-Calif) asserted on Tuesday that President Donald Trump was not innocent. Pirro knows that a prosecutor’s job is to argue a case against someone at a trial, not argue for their innocence, but that’s not what she said.

Presumption of innocence in this country means that the accused is innocent until a prosecutor proves otherwise beyond a reasonable doubt before a judge or jury. That doesn’t mean the prosecutor can’t argue a defendant is guilty at a trial; that’s their job. And Schiff, in his Impeachment Manager role, is arguing the case against the president. Pirro even referred to Schiff as a prosecutor.

Here’s what Schiff said [emphasis ours]:

Let me be blunt. Let me be very blunt. Right now a great many, perhaps even most Americans, do not believe there will be a fair trial. They don’t believe that the Senate will be impartial. They believe that the result is precooked. The president will be acquitted, not because he is innocent, he is not, but because the senators will vote by party and he has the votes; the votes to prevent the evidence from coming out, the votes to make sure the public never sees it.

Non-lawyers and lawyers alike recognized how ridiculous the above statement from Pirro was.

"Ladies and Gentlemen of the jury — I have no idea if the defendant is guilty. Who knows, really? I'm gonna give him the benefit of the doubt and assume he's innocent. Now on with the trial!"

— Jeanine Pirro, former District Attorney, at the beginning of every trial https://t.co/ITpPATmdYe

Have you ever watched a criminal trial? The prosecutor always argues that the defendant is guilty. That’s literally the point of the trial. https://t.co/1k6J6sBQA5

Pirro is a former prosecutor. How much do you want to bet that she labeled the people that she was prosecuting were guilty? https://t.co/HrytvFDoji

In case you need a refresher pic.twitter.com/ad8smn0MOB

Good lord. A hundred forty years ago when you were a prosecutor, at trial you too said the defendant was guilty. Remember how it works? https://t.co/TOvHrqrJw6

And for what it’s worth, the record shows that when then-Westchester DA Pirro’s then-husband Albert J. Pirro Jr. was on trial for tax fraud, prosecutors didn’t say over the course of a five-week trial that Mr. Pirro was innocent. Per the New York Times in 2000:

During the five-week trial, government prosecutors referred to thousands of pages of tax returns, invoices and canceled checks in presenting their portrait of Albert Pirro as a wealthy man who decided to cheat on his taxes to become wealthier. And in so doing, they uncorked intimate details about the Pirros’ private lives and spending habits on airplane tickets, country club outings, fine art, classic cars and more.