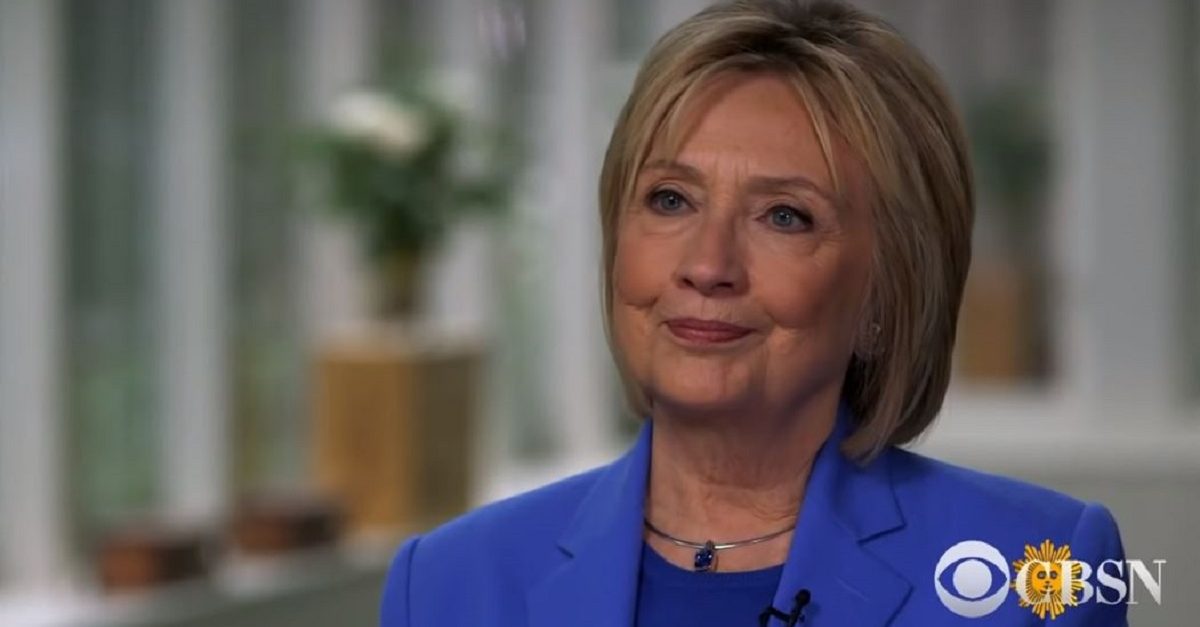 A federal judge in Washington, D.C. on Friday denied a request for additional discovery in a lawsuit concerning Hillary Clinton’s use of a private email server during her time as Secretary of State.

The case stems from a Freedom of Information Act (FOIA) request filed by conservative advocacy group Judicial Watch, which sought U.S. State Department records related to a video advertisement produced by the U.S. embassy in Islamabad titled, “A Message from the President of the United States Barack Obama and Secretary of State Hillary Clinton.”

The State Department in March filed a motion for summary judgment, arguing it had already examined and produced all relevant documents pertaining to the request.

Judicial Watch responded by asking the court to prolong the litigation by allowing discovery to determine whether the department intentionally misled the Court when it represented that “Secretary Clinton exclusively used her ‘clintonemail.com’ email account to conduct official business or that she took the account with her when she left the department.”

In a brief four-page order, U.S. District Judge Reggie Walton—a judge who has read an unredacted version of the Mueller Report—said the assertion that discovery was needed before he could rule on the motion for summary judgment was “speculative and insufficient.”

During last week’s court proceeding on the issue, Judge Walton was incredulous that the Trump administration’s State Department would lie in its declaration to the court that it had “obtained and searched all of Secretary Clinton’s emails,” according to the New York Law Journal.

“Seems to me they would be readily prepared to produce them,” Walton said. “I find it hard from a practical perspective to believe that somehow they have not done their duty in trying to find records that relate to Secretary Clinton, considering the political realities of who occupies now the White House and runs the State Department.”

Judge Walton scheduled a status conference for Dec. 4, where he is expected to rule on the State Department’s motion.

The U.S. Court of Appeals for the District of Columbia Circuit last month heard oral arguments as to whether Secretary Clinton will have to sit for a deposition in similar case over her use of a private email server.