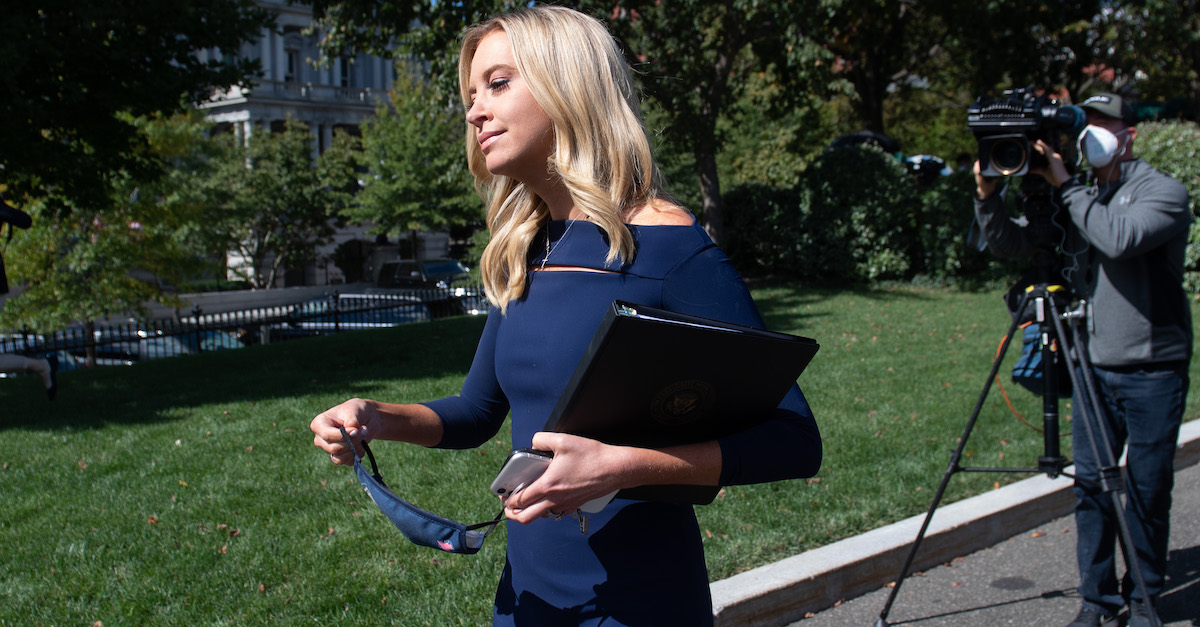 After White House press secretary Kayleigh McEnany announced on Monday that she has tested positive for COVID-19, the Trump administration was hit with a stinging criticism: the White House is currently more infected than three countries that have a combined population of 124 million people.

The Amy Coney Barrett nomination ceremony two Saturdays ago, which most to all of these individuals attended, is widely believed to be the event that sparked the outbreak. Video and images circulated widely online show people who have since tested positive hugging and engaging in up-close-and-personal conversation at the Barrett event—both indoors and outdoors.

“There are now more recorded cases of COVID-19 in the White House than in New Zealand, Taiwan, and Vietnam combined, and they have 124 million people,” Rep. Khanna said. “Let that sink in.”

There are currently more coronavirus cases in Trump’s White House than the entire countries of Taiwan, New Zealand and Vietnam combined.

As we write this, CNN is reporting that two of Kayleigh McEnany’s staffers have tested positive for COVID-19.

Two of Kayleigh McEnany’s deputies in the press shop have now tested positive as well, CNN has confirmed.

While we certainly hope this outbreak doesn’t get any worse, it seems likely at this moment in time that there will be more positive tests will be reported in the coming days.

The McEnany staffers have been identified as Chad Gilmartin and Karoline Leavitt.

This is accurate. White House communications aides Chad Gilmartin and Karoline Leavitt both have coronavirus, I’m told. Other mid-level staffers have tested positive, too, in recent days. https://t.co/dDCMJHDZ0b