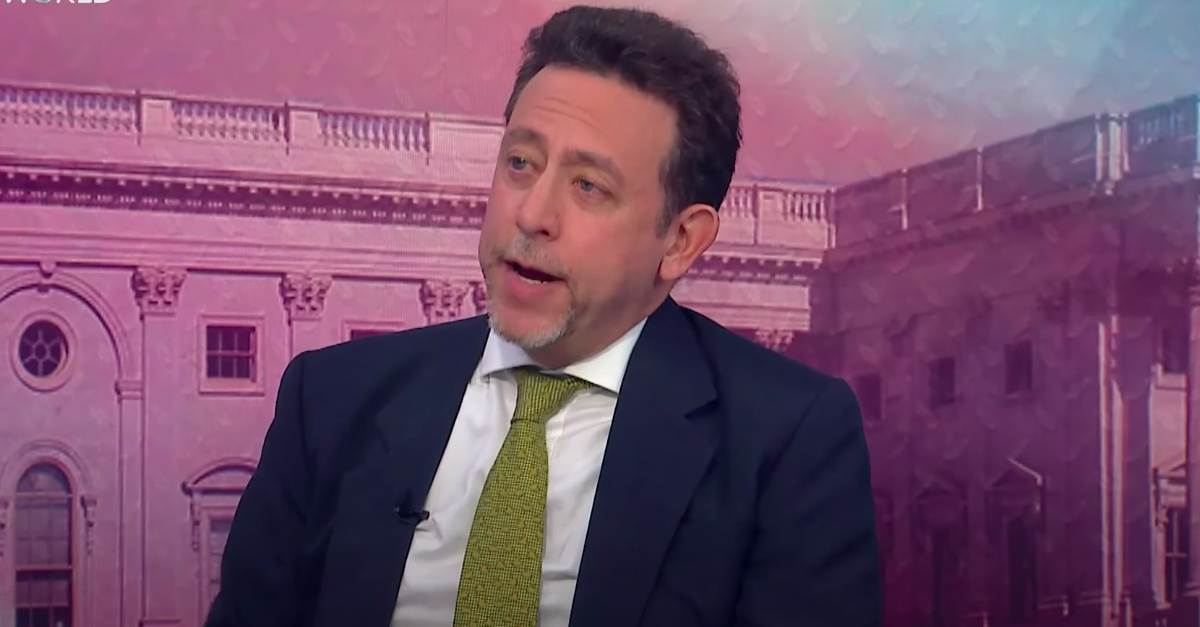 A pair of conservative political appointees at the U.S. Agency for Global Media (USAGM) conducted a “confidential” investigation into one of the most respected journalists at the state-controlled international news organization Voice of America (VOA), NPR reported on Monday.

Collectively, the mission of the USAGM networks is to promote the free flow of news, combat censorship, and counter disinformation, particularly in authoritarian countries with objective facts. A “firewall” embodied in statutes, regulations, and contract provisions, serves to prevent the organizations from devolving into promoting a partisan agenda.

According to NPR, the appointees created “an extensive report” arguing that VOA’s White House bureau chief Steve Herman had been consistently biased against the Trump administration in his reporting and Twitter use. The two political appointees who opened the investigation and compiled the report, Samuel Dewey and Frank Wuco, are well-known GOP operatives who were hand-picked for their roles by USAGM’s presidentially-appointed CEO Michael Pack.

Dewey is a Republican attorney with no background in news hired specifically to investigate anti-Donald Trump bias within the agency. He is currently subject to a court order requiring him to stay away from his father and surrender all firearms after allegedly making a series of death threats. Wuco is a former naval intelligence officer and right-wing talk radio host known for promoting baseless conspiracy theories. According to an August report from CNN, Wuco regularly claimed that President Barack Obama was not born in the U.S., that former CIA director John Brennan had converted to Islam, and that former Attorney General Eric Holder was a member of the Black Panthers.

While Dewey and Wuco’s claims reportedly cite to Herman’s alleged “conflict of interest” several times to support their conclusion that he’d violated the broadcaster’s standards for objectivity, it appears the investigation itself may have been unlawful.

“In so doing, the two men appear to have violated laws and regulations intended to protect the federally funded news outlet from political interference or influence,” the NPR report stated. “That has set off alarms within the VOA newsroom, already unnerved by investigations of coverage of Democratic presidential nominee Joe Biden by VOA’s Urdu language service and the tenor of language used to describe his wife, Jill Biden, to introduce a segment on VOA’s French to Africa language service.”

The politicization of USAGM has been an issue since Pack took over the agency.

Pack was confirmed by Senate Republicans in June despite being under an active criminal investigation by D.C.’s Attorney General Karl Racine, a Democrat. He was a conservative filmmaker and documentarian with close ties to former presidential advisor Steve Bannon. Upon taking over the agency, Pack proceeded to terminate nearly all of the organization’s top leaders in what became known as the “Wednesday Night Massacre“—though a federal court later reversed many of those firings, holding that the CEO did not have the authority to make such changes.

An agency spokesperson told NPR that USAGM would not comment on the Herman investigation because “it involves the leak of privileged information.”

“The U.S. Agency for Global Media and the Voice of America (VOA) have long had policies on the books governing journalist’s conflicts of interest and use of social media,” the spokesperson said. “These policies were developed and promulgated by CEO Pack’s predecessors, and the CEO has made clear they will be enforced.”

Less than an hour after being contacted by NPR about the story, Pack issued a new memo entitled “Guidance on Conflicts of Interest,” which stated that bias against Trump could “only be remedied by recusal.” One such example of bias provided was a “ journalist who on Facebook ‘likes’ a comment or political cartoon that aggressively attacks or disparages the President must recuse themselves from covering the President.”