What is the Postal Service Reform Act of 2022?

President Biden Signs ‘Historic’ Bill to Reform the U.S. Postal Service — Here’s What the Law Says and Does 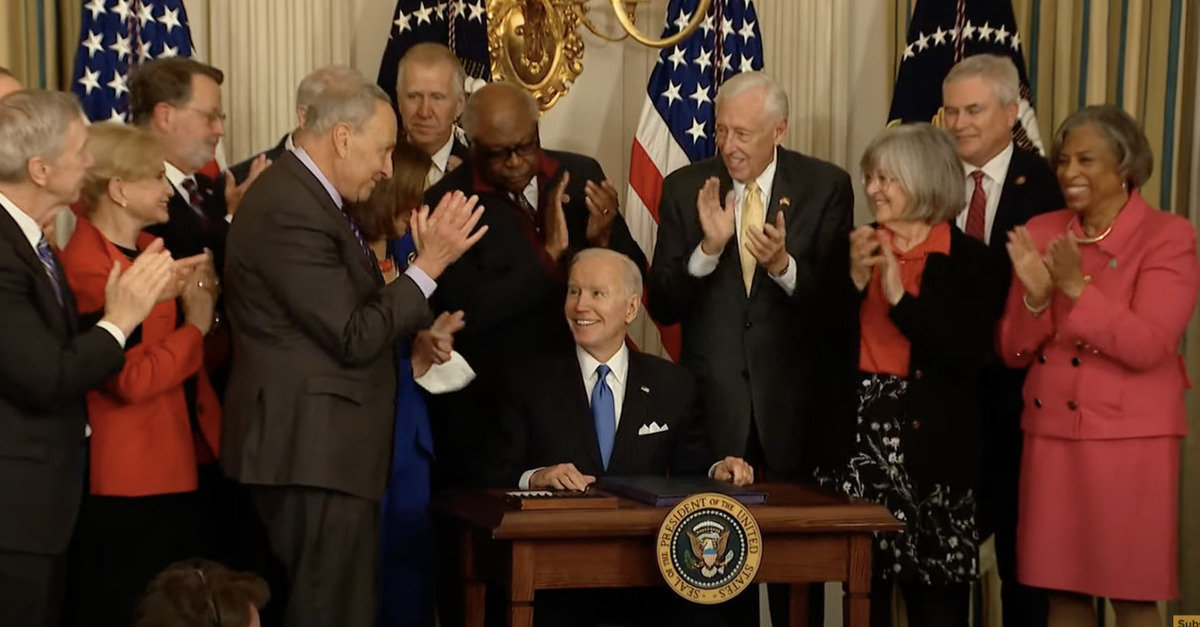 President Joe Biden signed a major reform bill into law Wednesday that will save the U.S. Postal Service nearly $50 billion over the next decade.

The USPS is an “independent regulatory agency” and therefore is not funded by the federal budget in the way federal administrative agencies are funded. Rather, it operates as a quasi-business and is expected to support itself using the revenue it collects from deliveries.

The USPS operates under the umbrella of the executive branch, but maintains independence in important ways. For example, the Postmaster General is appointed by the Board of Governors of the Postal Service and not by the president.

The current postmaster general, Louis DeJoy, was appointed by the Postal Service Board of Governors in June 2020. DeJoy, a Republican operative and Donald Trump supporter who has donated $1.2 million to the Trump Victory Fund, has been a highly controversial choice for Postmaster General. Not only was DeJoy the first Postmaster General in some time who lacked direct USPS experience, he also reportedly has significant financial holdings in USPS competitors and contractors.

The Postal Service Reform Act of 2022 (PSRA) was introduced by Representative Carolyn Maloney (D-N.Y.), but had wide bipartisan support and passed the House with a 342-92 vote and the Senate with a 79-19 vote.

Here’s what the law does.

1. It eliminates the need for the Postal Service to pre-fund employee benefits for decades in advance.

A primary component of the PSRA is its elimination of a legal requirement that the Postal Service pre-fund retirement benefits for future retirees. That requirement was costing the agency approximately $5.5 billion per year, causing it to rack up massive debt. Prior to the PSRA’s passage, the Postal Service was bound by the requirements of the 2006 Postal Accountability and Enhancement Act (PAEA), which  was signed into law by President George W. Bush. PAEA required that the Postal Service fund health and retirement benefits for postal workers fifty years in advance. It also mandated that the price of postage could not increase faster than the price of inflation.

2. It forgives billions in USPS debt.

The PSRA forgives the USPS’s obligation to pay $57 billion in scheduled payments to its retiree health benefits fund. This $57 billion is just a fraction of the USPS’s $206.4 billion in debt, but is widely considered an important component to putting the agency on the road to recovery.

3. It allows the USPS to get into new lines of business.

PSRA specifically allows the USPS to “increase its net revenues through specific nonpostal products and services” by engaging in certain specified activities. For example, the USPS will be permitted to partner with local and state governments to issue things like fishing licenses and subway passes.

4.  It requires more transparency from the USPS.

Under the PSRA, the USPS must “develop and maintain a publicly available Website and interactive web-tool that provides performance information for market-dominant products that is updated on a weekly basis.” This “dashboard” is meant to become an important tool in making relevant data available to the public.

5. It requires the Postal Regulatory Commission (PRC) to communicate better with the USPS.

The PRC (the acronym for the now-renamed “Postal Rate Commission”) is an oversight authority that sets the rates for mail delivery by the USPS. The Postmaster General may propose a rate increase to the PRC, and the PRC can then direct the Postal Service to adjust rates. The PSRA requires the PRC to submit an annual budget to the USPS. Additionally, the PRC must conduct a study to identify the causes and effects of postal inefficiencies relating to large envelopes known as “flats”.