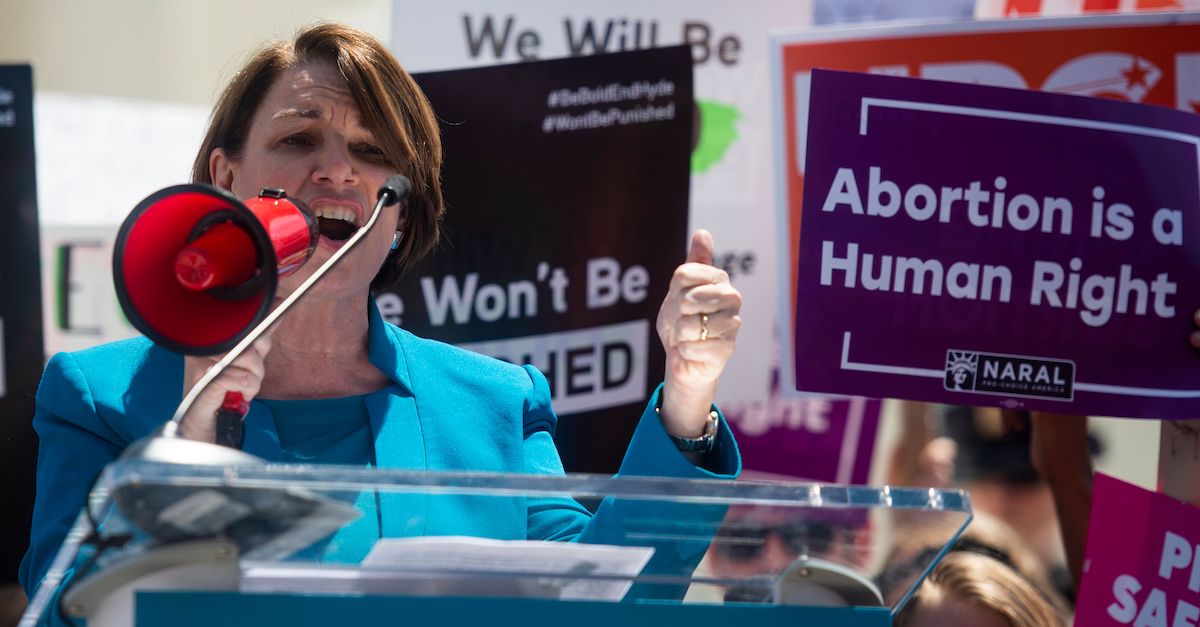 A Minnesota judge struck down several restrictions on abortion on Monday, joining a growing chorus of courts that have found that state constitutions protect the rights of pregnant people even after the Supreme Court overturned Roe v. Wade.

The statutes stricken down in the mammoth, 140-page ruling include laws mandating a 24-hour waiting period, two-parent notification, and physician disclosures before getting an abortion.

“The Minnesota Supreme Court has not stood alone in its recognition that a state constitution independently protects a pregnant woman’s right to decide to have an abortion without unjustifiable government interference,” Ramsey Judge Thomas Gilligan wrote in the order and memorandum. “Of states that have considered the matter, a number have found a right to privacy that requires the application of strict scrutiny in reviewing state regulation of abortion – Alaska, California, Florida, Kansas, Massachusetts, Montana, Tennessee and Washington.”

“Broadly, this court finds those cases helpful in its consideration of the privacy claims at issue in this case,” Gilligan added.

A Michigan judge found similarly in May, before the Supreme Court issued its ruling in Dobbs v. Jackson Women’s Health Organization.

The Minnesota case was filed by an anonymous doctor and certified nurse midwife. The third plaintiff was the local advocacy Our Justice, whose executive director Shayla Walker hailed the ruling in a statement.

“Every piece of red tape matters for Minnesotans and people traveling to Minnesota for abortion care,” Walker said in a statement. “Today’s ruling is an important step toward making abortion accessible to everyone who needs it.”

Filed a little more than three years ago, the lawsuit challenged a series of abortion laws for allegedly violating the Minnesota constitution’s rights to privacy, equal protection, and free speech. The U.S. Supreme Court’s Dobbs ruling did not affect the law of the case, as Minnesota’s high court protected the rights at issue in the Gomez case, the judge said.

In that case, the state’s high court “explicitly departed” from the U.S. Supreme Court’s ruling in Harris v. McRae, which found that states participating in Medicaid are not required to fund medically necessary abortions.

“The Minnesota Supreme Court in Gomez, however, adopted the reasoning in Justice Brennan’s dissent in McRae: ‘In the abstract, of course, this choice is woman’s alone . . . . But the reality of the situation is that the Hyde Amendment has effectively removed this choice from the indigent woman’s hands,'” the ruling notes.

Judge Gilligan added: “The right to choose to have an abortion, however, would be meaningless without the right to access abortion care. The Minnesota Supreme Court in Gomez recognized this when it asserted that it was ‘critical’ to note that ‘the right of privacy under our constitution protects not simply the right to an abortion, but rather it protects the woman’s decision to abort.”

The judge emphasized the words in italics in his ruling.