Florida Man Who Dove into Swamp to Avoid Arrest Was Later Tased While Fleeing on Riding Mower: Deputies 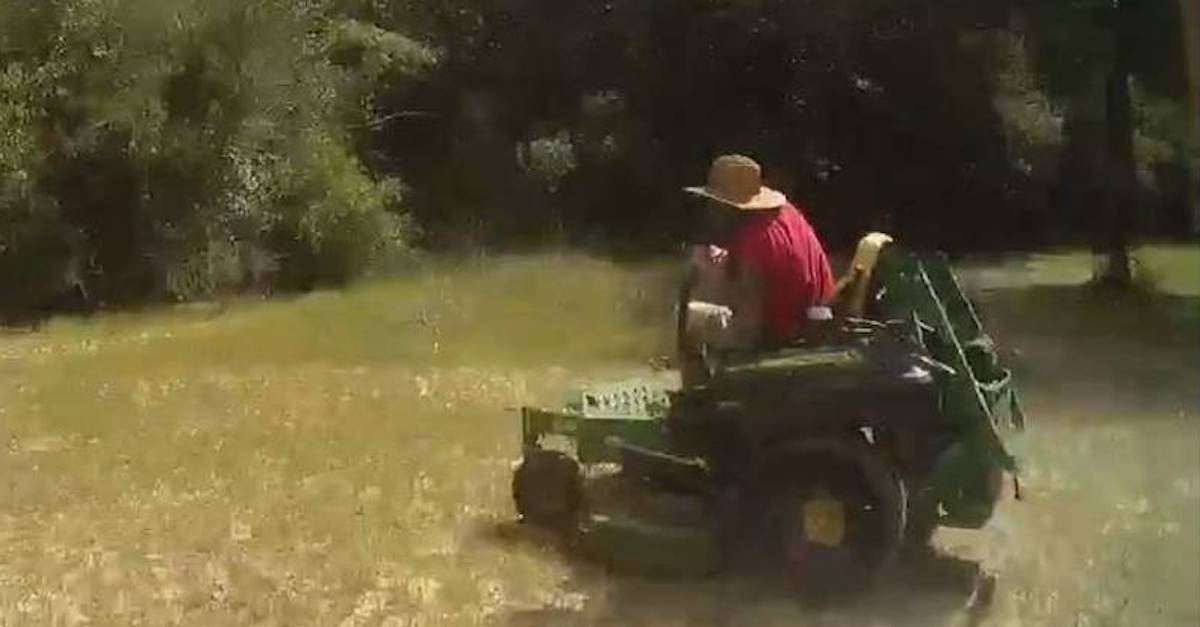 A 40-year-old Florida man wanted for stealing a boat earlier this year was arrested over the weekend after he attempted to avoid arrest by fleeing from deputies on a riding lawn mower, authorities say. Dusty Courtney Mobley was taken into custody on Saturday and charged with a slew of crimes, including grand theft, grand theft of a vehicle, felony criminal mischief, two counts of resisting an officer, possession of a concealed weapon by a felon, carrying a concealed handcuff key, possession of drug paraphernalia, and felony failure to appear, among others. 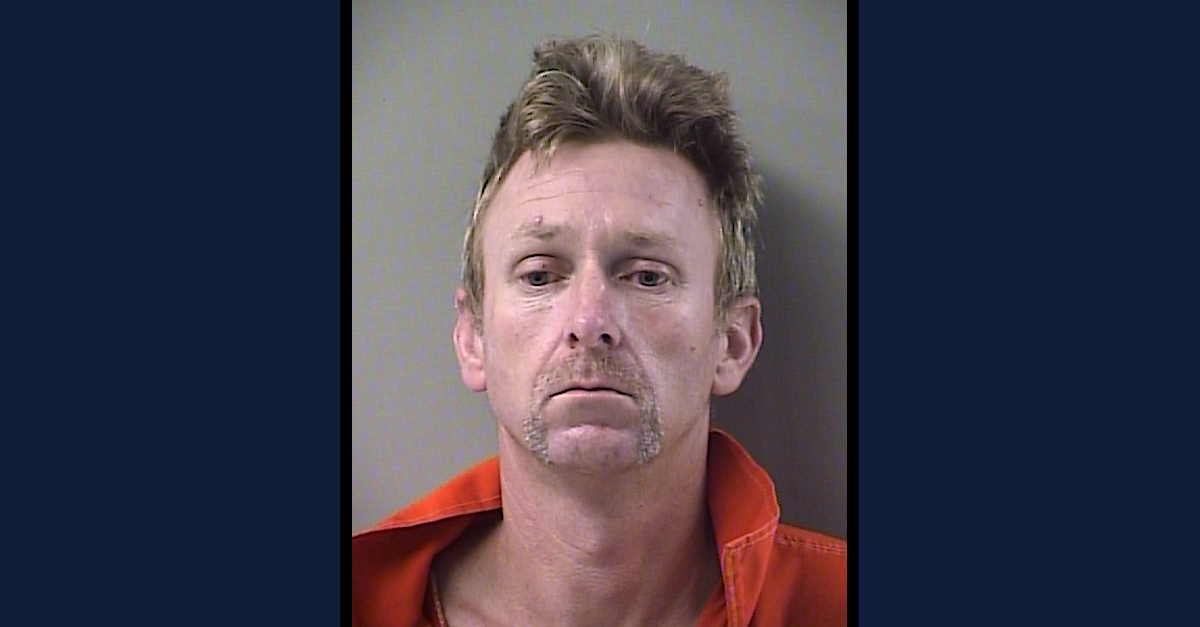 According to a press release from the Okaloosa County Sheriff’s Office, deputies on January 3, 2022 located Mobley on a boat in a swamp along the Yellow River and attempted to serve him with multiple outstanding warrants. One of those warrants was in reference to a stolen $40,000 boat — the very boat deputies say Mobley was aboard.

Investigators say that Mobley on Jan. 1, 2022 used some kind of heavy machinery to cut a hole into the side of a metal building located somewhere off of Highway 4 and stole the boat from a business therein located. 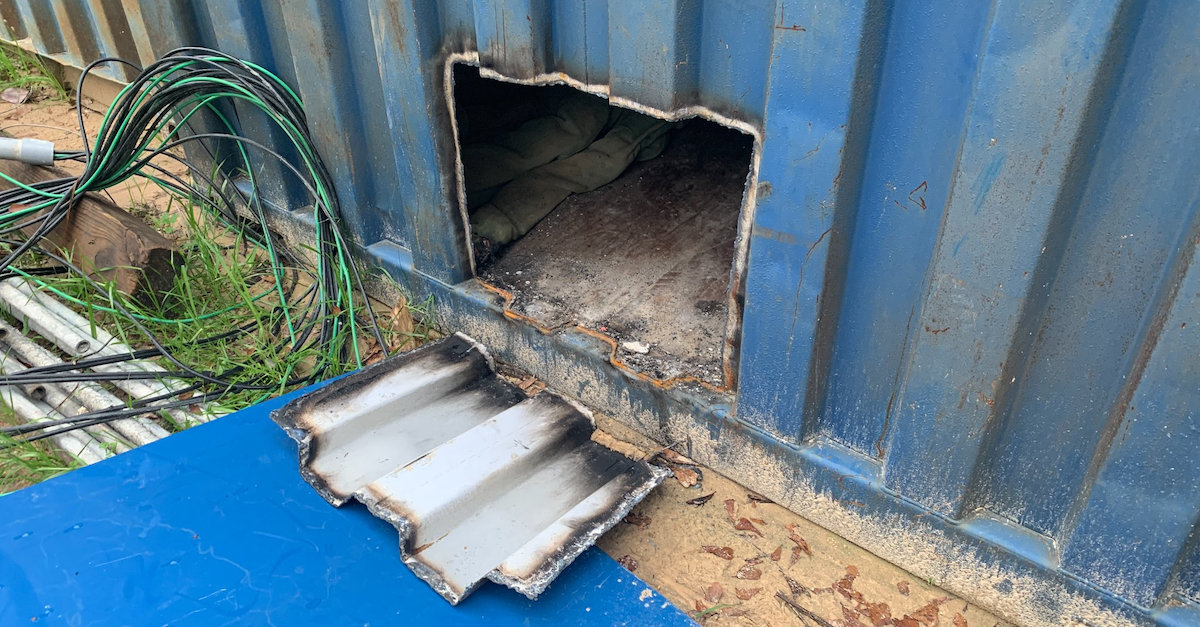 In order to avoid apprehension, Mobley allegedly “dove off the side” of the stolen boat and then “disappeared into the swamp to avoid going to jail,” the sheriff’s office wrote. 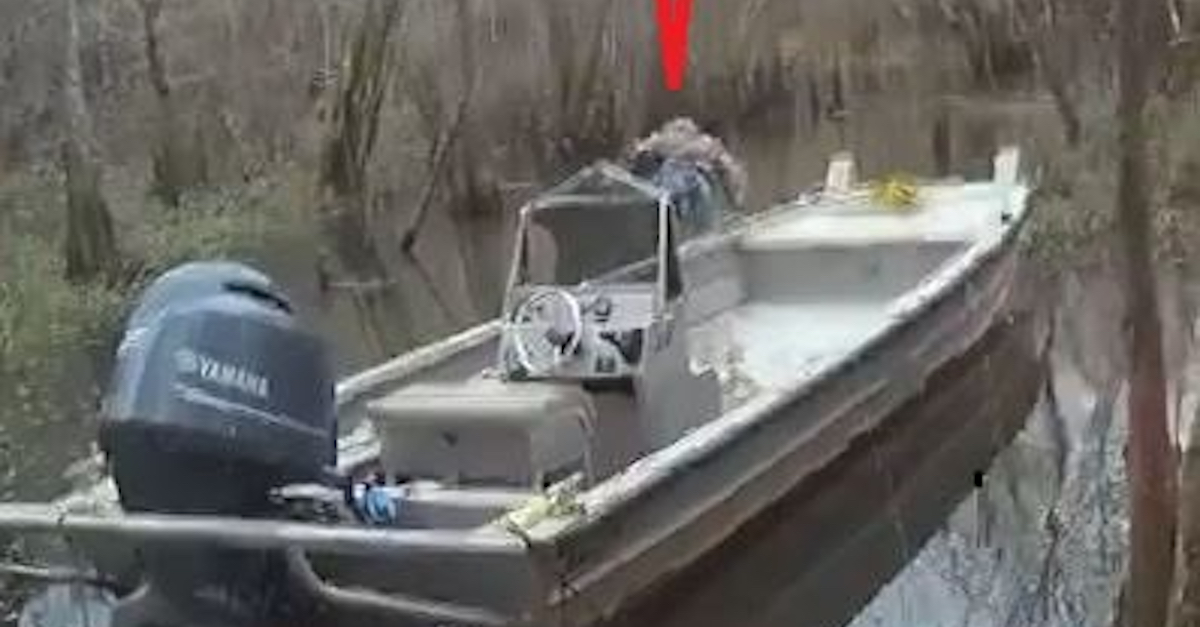 Dusty Mobley was caught on camera diving off an allegedly stolen boat before disappearing into a swamp. (Image via the Okaloosa County Sheriff’s Office.)

However, Mobley was not so lucky when he ran into detectives over the weekend. 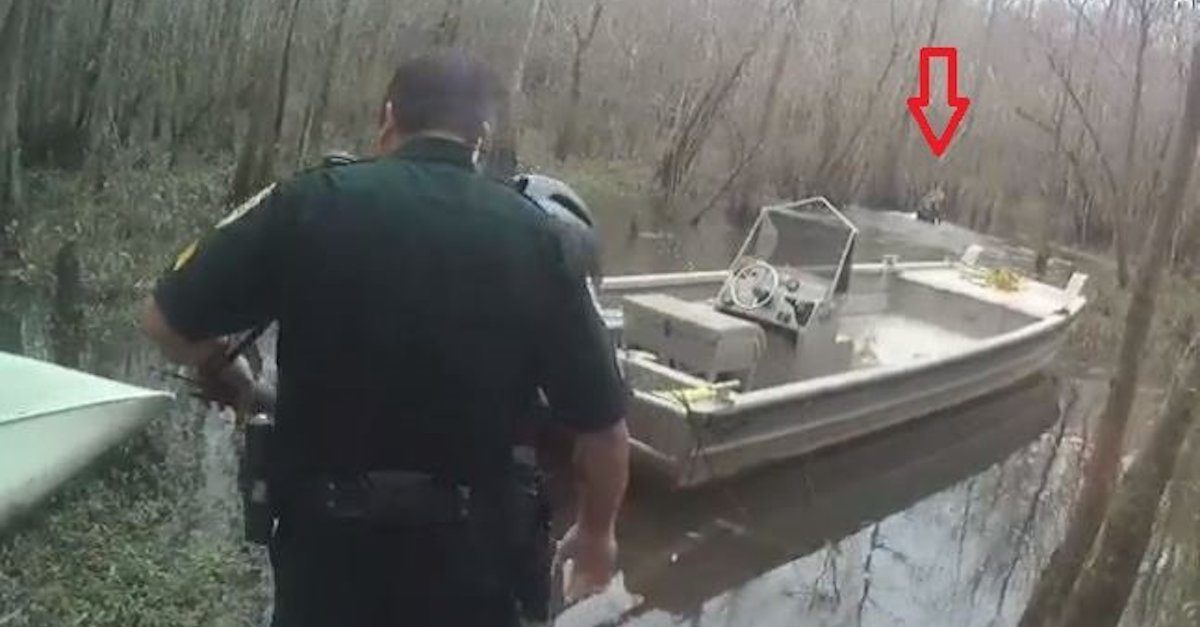 Dusty Mobley was caught on camera fleeing through a swamp. (Image via the Okaloosa County Sheriff’s Office.)

Deputies say they located and approached Mobley at his home located somewhere on Pasco Broxson Circle, in Holt, Florida, at approximately 9:30 a.m. When he spotted the law enforcement officers, Mobley allegedly “put a John Deere riding lawnmower into high gear and tried to outrun pursuing deputies,” the press release states.

The deputies were able to end the brief pursuit when they tased Mobley and placed him under arrest.

“When taken into custody Mobley had a revolver and a handcuff key in his possession, along with a pipe with methamphetamine residue,” police noted. 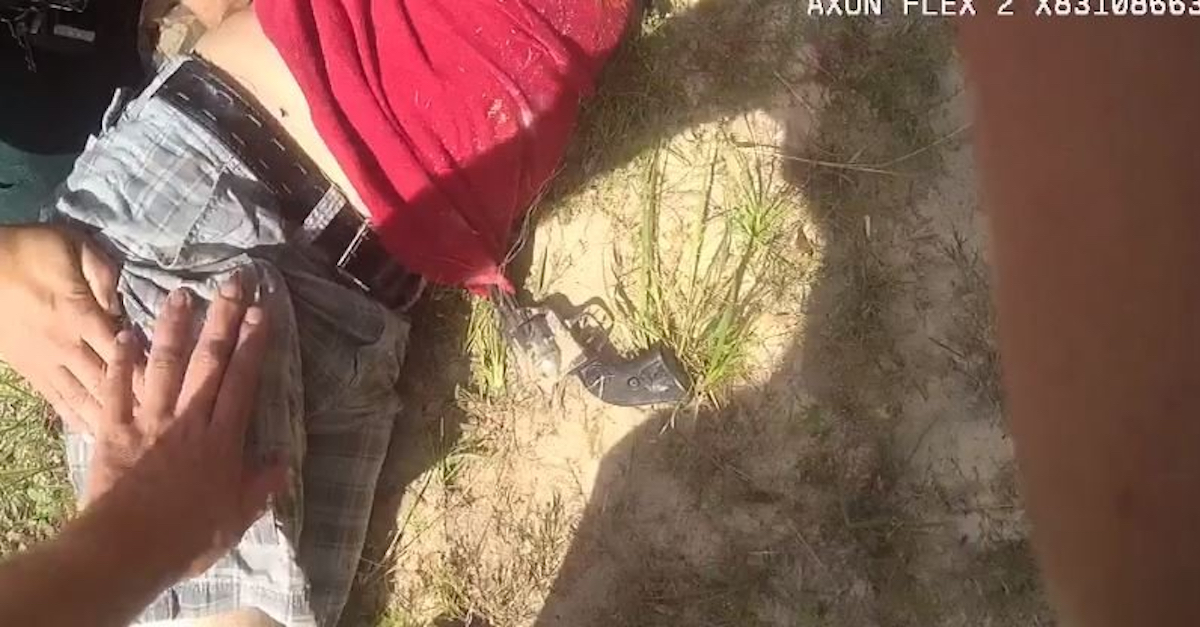 Authorities say they caught Dusty Mobley with a gun and methamphetamine residue. (Image via the Okaloosa County Sheriff’s Office.)

Mobley is currently being held at the Okaloosa County Jail in Crestview, records show. He is currently scheduled to appear before Okaloosa Circuit Court Judge John T. Brown for a felony plea hearing on August 25.

Court records show that Mobley has had multiple run-ins with the law, having previously been convicted of multiple crimes, beginning with a 2012 conviction for battery. The following year he was convicted of fleeing from police, and in 2014 he was convicted on charges possessing a controlled substance without a prescription and second-degree arson, court records show. No attorney is listed as representing Mobley as of Monday afternoon.