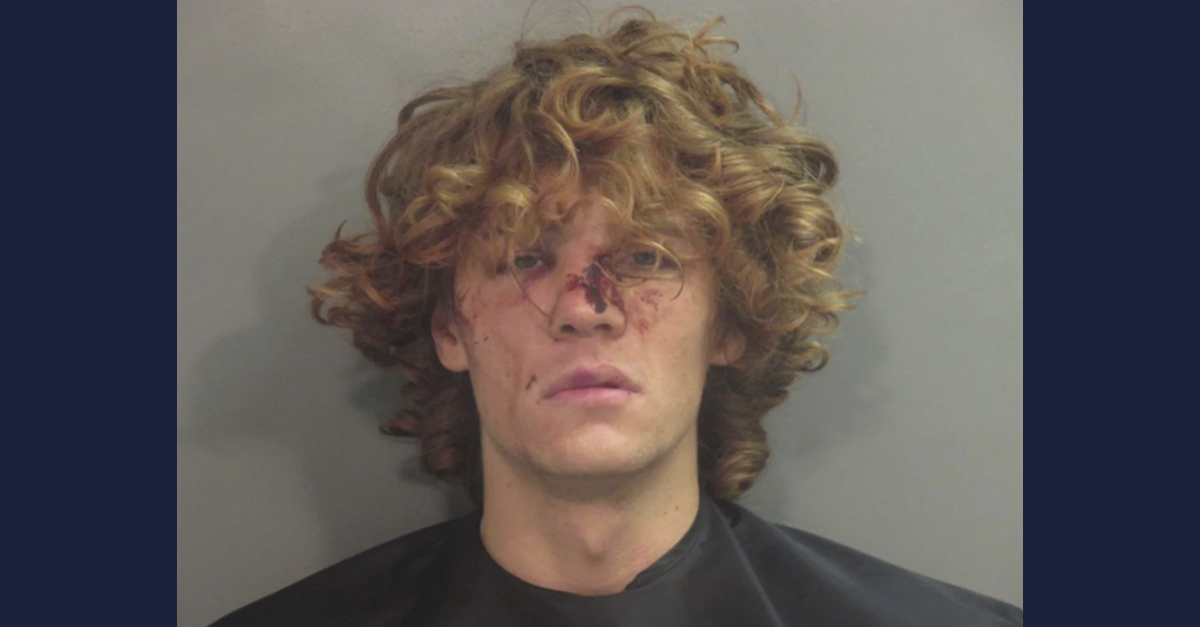 An Arkansas man was sentenced to life in prison over a 2020 home invasion and burglary that eventually turned into a case of admitted murder.

Travis Trustin, 26, pleaded guilty to shooting and killed 21-year-old Chase Reel at the latter’s home in Fayetteville, Ark. during the early morning hours of Oct. 3, 2020. The victim had gone bowling with his roommate, Jacob Hogue, and other friends on the night in question. The roommates arrived back home to find a burglary already in progress.

According to a court report by the Northwest Arkansas Democrat Gazette, Washington County Prosecuting Attorney Matt Durrett ran down the series of events that led to the loss of Reel’s life during a hearing in which the defendant learned his fate on Monday.

Hogue was reportedly the person who first made contact with Trustin inside the apartment at around 1:00 a.m., the prosecutor explained, and was quickly placed under gunpoint by his assailant. That standoff lasted for some 30 minutes, Durrett said, until Reel later arrived back home. Upon seeing what was happening, Reel made his way to his bedroom in order to grab a rifle and was shot by the defendant, the hearing revealed.

Around the same time, Durrett noted, an onlooker was already in the process of a 911 call. That onlooker described a shot – the shot that took Reel’s life. The pistol used in the killing had been obtained by Trustin inside the residence he had come to steal from.

The prosecutor noted that neither roommate had known their attacker before that night.

After the first shot was fired, Hogue reportedly went for Trustin. A struggle ensued during which several additional bullets were unloaded from the gun; however, no one else was shot during the chaos. After losing the gun and making a bid to retrieve it, other onlookers joined in, tackling the defendant and holding him until police arrived, the court proceedings again reportedly revealed.

Trustin was arrested on charges of capital murder, aggravated residential burglary, and kidnapping, according to a contemporaneous report by area FOX affiliate KNWA.

At the time of his arrest, and during the short length of his time as an adult, the defendant distinguished himself as a career criminal of sorts, the TV station reported. He had three cases against him pending when Reel was killed and had been arrested a half dozen times since turning 18. While already behind bars following the murder, a warrant was issued against him on a rape charge for allegedly having “sexual intercourse or deviate sexual activity with another person who was incapable of consent because the victim was physically helpless, mentally defective, or mentally incapacitated.”

For taking a plea deal, the death sentence was taken off the table in lieu of a sentence of life in prison without the possibility of parole; the residential burglary charge was dropped.

Trustin was additionally sentenced to 40 years in prison for the kidnapping charge.

Court records reviewed by Law&Crime show the defendant originally entered a not guilty plea in November 2021.

According to the Democrat Gazette, Trustin was all-but silent during the proceedings that sealed his fate. He reportedly declined to make a statement despite being offered to do so, but did answer a question when asked during the change in plea hearing.

“Do you understand that life without parole means exactly what it says?” Washington County Circuit Judge Mark Lindsay asked.

The defendant replied in the affirmative.

Trustin’s sentencing order can be read in full below: