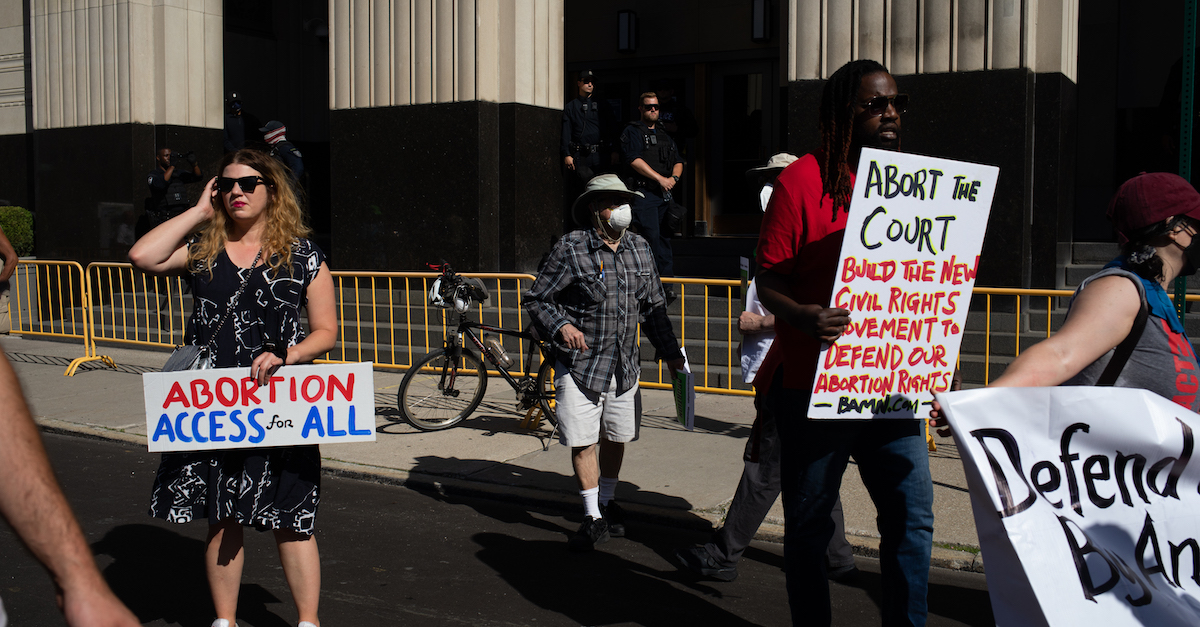 If county prosecutors ultimately prevail, abortion would be effectively criminalized throughout much of Michigan — with harsh penalties.

The 1931 statute treats all abortions as felonies unless they’re necessary to “preserve” the life of a pregnant person. The law, which makes no exceptions for rape and incest, had remained dormant since the Supreme Court’s ruling in Roe v. Wade in 1973.

“The injunction barring enforcement of Michigan’s 1931 criminal abortion ban remains in effect and applies to all Michigan county prosecutors,” the organization said in a statement. “Under Michigan court rule MCR 7.215(F)(1)(a), ‘the Court of Appeals judgment is effective after the expiration of the time for filing an application for leave to appeal to the Supreme Court, or, if such an application is filed, after the disposition of the case by the Supreme Court.’ This means that the Michigan Court of Appeals ruling cannot take effect during the 21 day appeal window.”

Planned Parenthood of Michigan and local doctor Sarah Wallett have been challenging the more than 90-year-old statute for months.

Michigan Attorney General Dana Nessel (D), the nominal defendant in that case, is herself a supporter of abortion rights. Though Nessel did not seek to reverse that ruling’s findings, county prosecutors in Michigan — Jerard Jarzynka (R-Jackson County) and Christopher Becker (R-Kent County) did. They argued that, contrary to the original order, they did not serve under Nessel’s “control.”

A three-judge panel of the Michigan Court of Appeals agreed.

“Because county prosecutors have substantial discretion to carry out their duties to prosecute and defend cases in their respective counties, the fact that the Attorney General has supervisory authority does not transform what is otherwise a local official into a state official,” the court’s ruling states.

The court rejected the argument from Nessel’s office that the county prosecutors lacked standing to appeal the order because they were not parties.

Nessel vowed to continue pushing for abortion rights in the state.

“Today’s ruling will not deter my efforts to continue to fight for Michigan women,” Nessel said in a statement. “The legal battle continues on multiple fronts and those of us who value access to reproductive healthcare and respect a women’s right to make the best decisions for herself, according to her own moral, cultural and religious beliefs are not backing down. While I respect the ruling from the court, it is by no means the final say on this issue in Michigan.”

“The legal fight in Michigan continues and this temporary restraining order ensures prosecutors cannot target women or providers in the short-term,” Nessel said. “Women should feel comfortable to move forward with their planned medical procedures and providers in those counties should feel confident to practice medicine free from the threat of prosecution while my department continues to pursue all legal options available to ensure reproductive healthcare in our state.”

Circuit Judge James J. Cunningham, from the 6th Judicial Circuit Court from the County of Oakland, set a hearing on the matter for Wednesday, Aug. 3 at 2 p.m. Eastern Time.

Update—Aug. 1 at 7:01 p.m. Eastern Time: This story has been updated to report that a separate court preserved the status quo in Michigan, by newly blocking county prosecutors from deploying the 1931 ban on separate grounds.