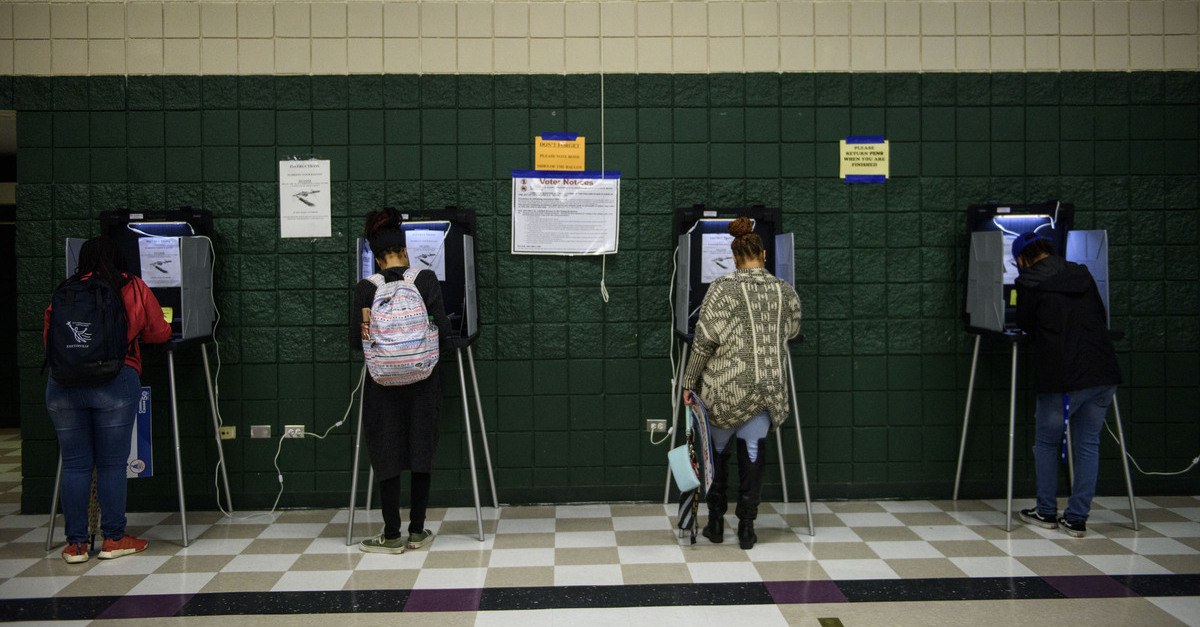 Voting rights advocates filed a petition with the Supreme Court of North Carolina aimed at the state’s election infrastructure on Friday.

The “urgent appeal” targets the Tarheel State’s use of certain electronic voting machines–which the plaintiffs say are prone to security problems and pose a substantial health risk to voters due to the ongoing novel Coronavirus (COVID-19) pandemic.

The filing offers a dual-pronged attack against the machines.

“The public interest in this appeal is indisputable,” the filing argues. “It will determine whether millions of North Carolina voters are given the opportunity in November to vote in a verifiable and secure manner, and without unnecessary risk to their lives and health.”

“In counties that require all in-person voters to use the ExpressVote, voters also face a serious and substantial risk to their lives and health during the COVID-19 pandemic,” the filing continues. “North Carolinians in the Defendant Counties that are forced to use the ExpressVote will be required to use voting machines that are not just insecure and problematic, but also present serious health risks.”

The original lawsuit challenging the use 0f ExpressVote touch screen ballot machines was filed in April of this year after several counties in North Carolina announced they would use the systems.

The lawsuit alleges, and the filing reiterates, the claim that ExpressVote machines–developed by Election Systems & Software–are “vulnerable to hacking, programming error, and malfunction.” And that’s just the beginning of their problems, advocates claim.

“Even in the absence of hacking, error or malfunction, voters that are forced to utilize the ExpressVote will not be able to verify their votes,” the filing notes, “because the ExpressVote prints human unreadable barcodes for vote scanning and tabulation.”

The virus can be transmitted through virus droplets in the air, and via virus droplets left on frequently touched surfaces. Thus, universal use of the ExpressVote heightens the risk of virus transmission for two reasons. First, the virus can survive on and be transmitted via the surface of the machine, and ES&S’s published guidelines for disinfecting the machines to counteract this type of viral spread are insufficient. Second, universal use of the machines will contribute to lines and crowds because fewer people can vote at a time and the machines will require repeated downtime for disinfection. Thus, without the option of paper ballots, voters will be subjected to unnecessary crowds for longer periods of time, be required to touch frequently touched surfaces, and come into close contact with poll workers who set up the machine for each voter.

“[A]ll North Carolina voters will be heading to the polls during a pandemic that has upended almost every aspect of their lives, and cost the lives of more than 2,700 North Carolinians,” the filing goes on. “But Defendant Counties that use the ExpressVote universally are placing voters at serious and unnecessary risk of transmission of COVID-19 for multiple reasons. Most obviously, counties have only limited numbers of machines. Therefore, universal use of the machines will force voters to repeatedly touch a machine that dozens if not hundreds of other people have already touched.”

Procedurally, the case is currently in the state court appellate stage–and slowly working its way through the legal system. Advocates, however, say that time is of the essence.

The plaintiffs, led by the North Carolina State Conference of the NAACP, filed their appeal on Friday to “seek discretionary review by the North Carolina Supreme Court and suspension of the rules of appellate procedure so as to allow expedited consideration of [their] appeal,” according to the Friday petition.

Read the entire appeal below:

NAACP v. NC State Board of Elections Appeal by Law&Crime on Scribd