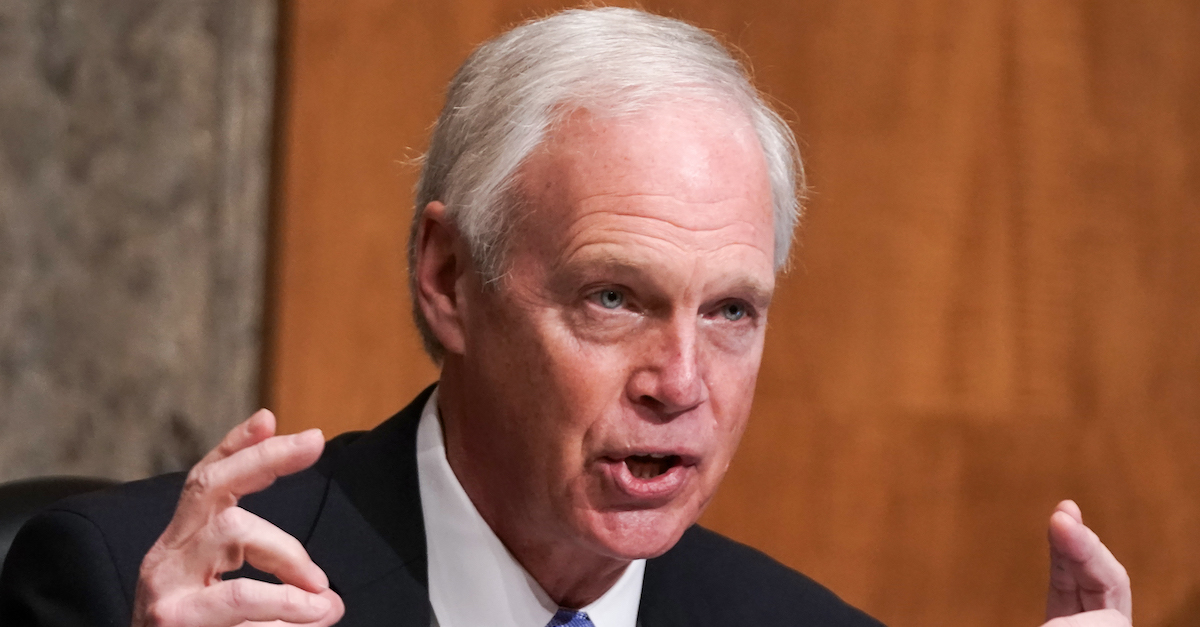 Senate Homeland Security and Governmental Affairs Committee Chairman Ron Johnson (R-WI) insisted “This hearing is not dangerous,” as he allowed outgoing President Donald Trump’s lawyers to push baseless claims of voter fraud in Congress, even though they failed in court.

President Donald Trump, his allies and his proxies have lost some 60 times before 86 judges—including 38 Republican appointees and eight tapped by him—in their post-election litigation. So one of the outgoing president’s top loyalists, Wisconsin Sen. Ron Johnson, allowed them to repeat those myths in a safe space.

Invitees included two of Trump’s lawyers, investigator of Bill Clinton and former independent counsel Ken Starr, and a Pennsylvania state representative who also failed to upend the 2020 election. The hearing before the Senate Homeland Security Committee was so controversial that its chairman kept insisting that it did not represent an assault on U.S. democracy.

“This hearing is not dangerous,” Sen. Johnson claimed, in a remark immediately followed by unidentified laughter during C-Span’s broadcast.

Two of the sworn witnesses in the hearing—Trump lawyers Jim Troupis and Jesse Binnall—failed to persuade every level of the Wisconsin and Nevada judiciaries, respectively, of their claim that the 2020 election was marred by fraud.

In a blistering hearing, Wisconsin Supreme Court Justice Jill Karofsky noted that Trump only sued two of the state’s 72 counties, the ones with the most voters of color.

“This lawsuit, Mr. Troupis, smacks of racism,” Karofsky declared less than a week ago, days before joining a majority opinion resigning his case to the dustbin of history.

From Johnson’s Senate perch, the loser of that litigation disparaged the lead opinion by conservative Justice Brian Hagedorn, presented a revisionist case about how the court’s 4-3 majority got it wrong and depicted pro-Trump lawyers as victims of “cancel culture.”

Binnall, recently known for representing Michael Flynn alongside Sidney Powell, also had an opportunity to air his grievances about the findings of Nevada’s judiciary, which affirmed a ruling that found he “did not prove by any standard of proof” 25 different conspiracy theories about the 2020 election. Those theories included spurious claims about the dead voting and the living casting ballots under phony identities.

More than 86 judges, including 38 Republican-appointed ones and 8 appointed by Trump have had bites at the apple.

The verdict is overwhelming. https://t.co/QUCqwaYGU9

“This is real. This happened. We have to address it,” said Binnall, who failed two persuade the Nevada judiciary that any of his dozens of election-fraud claims had merit.

“How did dead people vote, accepting that allegation from Nevada?” Starr asked rhetorically in a lawyerly evasion. “It is because of inadequate safeguards. The dead person did not go into the voting booth and vote. Somebody voted for him.”

Such airy speculation underlined the point made by recently re-elected Michigan Senator Gary Peters, the Homeland Security Committee’s top Democrat: “Whether intended or not, this hearing is a platform for conspiracy theories and lies.”

Despite the total failure of Trump’s legal theories on every level of state and federal courts, the witnesses were stacked in the lame duck’s favor before the Senate. Two of the only witnesses who testified in defense of the integrity of U.S. democratic systems—Election Assistance Commission member Donald Palmer and Trump’s ousted top U.S. cybersecurity official Chris Krebs—are both Republicans.

“The real heroes here are the state and local election workers in this country, the hundreds of thousands of election workers who risked their lives,” Krebs said. “And that is not a joke, right? There is a global pandemic. There is COVID spreading across the country. They went to work so that you and I could vote and cast our decision here, contribute to this process. They had to deal with incredible adversity. Then, at the end of it, risking their lives, they get death threats for doing their jobs—for standing up, speaking truth to power, putting country before party.”

“That’s got to end,” Krebs declared. “We’re going to have to move past this somehow. I’ve said before that democracy— yeah, we survived this, I think. It was strong enough to survive but democracy itself is fragile.”

Just over one week ago, Krebs sued the Trump campaign and Trump campaign lawyer Joe diGenova for conspiring against Republicans who, like Krebs, “publicly rejected the ‘rigged election’ narrative”—leading to a “barrage of death threats and harassment.”