Trump Campaign Files Lawsuit to Stop Joe Biden from Getting Electoral Votes in New Mexico: ‘2020 Was Not a Good Year’ 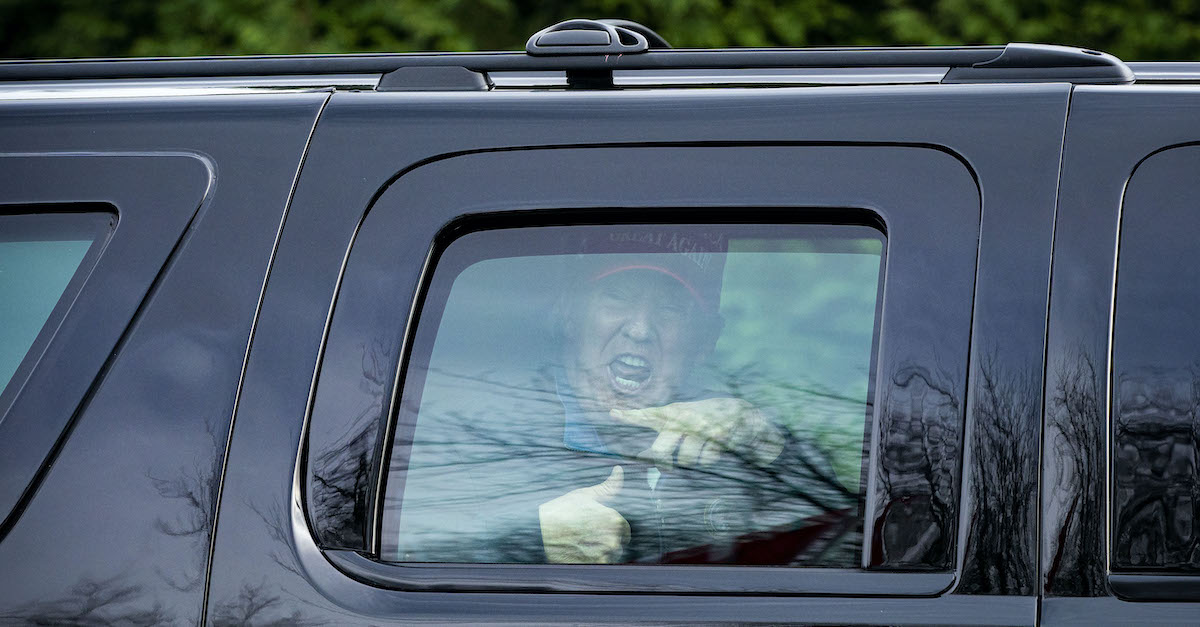 The Trump campaign waited until Monday, Dec. 14—the day the Electoral College met—to file a lawsuit in New Mexico asking a judge to stop electoral votes from being cast and counted in favor of Joe Biden, who won the Land of Enchantment by roughly 100,000 votes in 2020.

The Secretary’s solution to this problem — which also enabled her to take advantage of federal funding earmarked for absentee-ballot drop-off boxes — was to create another ballot-return option called the “drop box.” The word “drop box” does not appear in the Election Code, and the only creature of statute that looks in any way like it is the “secured container” concept from § 1-6-9(E), but the Secretary took the position that drop boxes were not “secured containers.” Rather, the Secretary took the position that drop boxes were simply an embodiment of the longstanding rule that an absentee-ballot “official mailing envelope may be returned in person to . . . an alternate voting location, mobile alternate voting location or election day voting location.” NMSA 1978, § 1-6-9(D). In short, her position is that there is no difference between the longstanding practice of a voter turning in his or her ballot “in person” and a voter turning in to a drop box placed outside the polling place.

This procedure was simply not followed with regard to what the Trump Campaign believes was the majority of drop boxes in New Mexico, allowing individuals to drop off multiple ballots — meaning that, by definition, they were not the voter on all of them — without speaking to a person at all.

The lawsuit said it is an “understatement to say that 2020 was not a good year,” but suggested that the year would be made even worse if electors are allowed to cast votes for Biden and VP-Elect Kamala Harris.

“In addition to a divided and partisan national mood, the country faced the COVID-19 pandemic. Certain officials in New Mexico presented the pandemic as the justification for ignoring state laws regarding absentee and mail-in voting,” the campaign suit said. “The State of New Mexico flooded their citizenry with hundreds of thousands of ballot applications and ballots in derogation of statutory controls as to how they are lawfully received, evaluated, and counted. Whether well intentioned or not, these unconstitutional acts had the same uniform effect—they made the 2020 election less secure in the state of New Mexico. Those changes are inconsistent with relevant state laws and were made by non-legislative entities, without any consent by the state legislatures. The acts of these officials thus directly violated the Constitution.”

The lawsuit proposes that now, of all times, is the appropriate moment for the U.S. District Court for the District of New Mexico to step in and stop presidential electors from doing what they are supposed to do:

The Court should order a temporary restraining order to the Defendant Secretary and the Defendant Electors of the state of New Mexico to delay disposition of certificates of votes for President and Vice President that would ordinarily be performed in accordance with 3 U.S.C. 11, that are made and signed, or will be made and signed, in accordance with 3 U.S.C. 9. until further order of this Court and then issue a preliminary injunction or stay against their doing so until the conclusion of this case on the merits. Alternatively, the Court should reach the merits, vacate the Defendant Electors’ certifications from the unconstitutional 2020 election results, and remand to the state of New Mexico legislature pursuant to 3 U.S.C. § 2 to appoint electors.